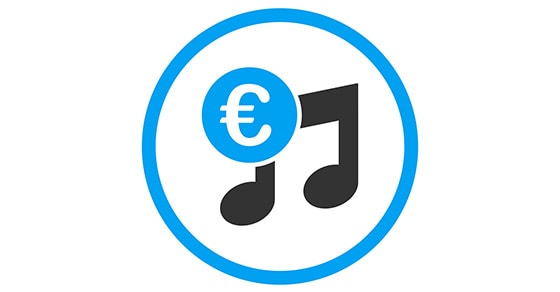 You’ve heard about royalties before – artists living off of royalties, not getting paid enough royalties, etc. But do you understand what it all means? How it all works? Probably not! But you should, and you can definitely grasp the basics after a little bit of reading.

The first thing you need to understand is the two sides of a piece of music that are considered when discussing music royalties. There is a master and its publishing rights.

The master is the recorded music you hear when you listen to a CD, music video, MP3, etc. The publishing rights concern the composition of the music – lyrics, melody, chords, rhythm, groove, etc.

Sometimes, a master is owned by an artist’s record label, but independent artists usually own their own masters.

Publishing rights belong to whoever wrote the song. If you worked with a co-writer, they’ll own 50% of the song. Sometimes, people will come up with different ways of splitting these up. Many bands will split every song evenly regardless of who actually wrote it.

Also, producers and even mixing engineers will sometimes take some publishing rights or “points” for their work on a song.

These royalties are generated by the songwriting. They are distributed to whoever owns the publishing rights to the song, whether that’s a couple of songwriters, a band, or an individual.

They are collected by Performing Rights Organizations (PROs) such as ASCAP, SESAC, BMI, SOCAN, etc., and are then distributed to the songwriters registered with said PRO.

Mechanical royalties are earned on a per-unit basis when a song is sold physically. Although in this day and age, “physical” includes digital downloads and streaming.

The word “mechanical” can also seem confusing, as it comes from a time when all music was produced mechanically (or physically). This is no longer the case, but the term remains.

Remember – this is different from the money earned when someone purchases a song – this is the portion of money that is going specifically to the songwriter. If you happen to be the songwriter and also the person selling the song, you get it all!

Performance royalties are earned when a song is played on the radio or when it is performed publically. This includes internet radio, online streaming services, live performances, plays in a place of business, or TV broadcast.

It’s hard to keep track of where every song is played, but that’s why we have PROs.

Generally, when you sign up for digital distribution, you’re given the option to register your song with different PROs. You should always do this – you never know where you can make money!

Remember that this applies to any performance of the song, including live and cover performances. This does not apply exclusively to the actual recording of a given song – you'll find more on this below. 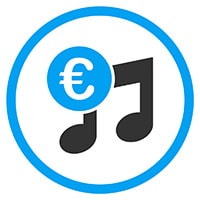 It’s pretty unlikely you’ll ever collect these, but you might as well know what they are. These are the royalties songwriters collect when you buy an Elton John sheet music book, for example. These used to be a much bigger deal in the 20s when popular music was consumed by people playing it in their homes.

If you ever start collecting print royalties, you’ve made it, as far as I’m concerned. Congratulations!

Royalties Generated By A Master

These royalties are generated by a specific sound recording. For example, if you covered a song and it became really popular, you would still make money, but all of the money generated by the publishing rights would go to whoever actually wrote the song.

Sometimes, artists end up not owning the rights to the master of the song due to their recording contract. In this case, you had better hope that you own the publishing rights, or you won't be able to collect these royalties.

If you wrote, recorded, and own the master to the song, you get it all!

These are the most basic type of royalties you’ll receive. Basically, this is the money you get when your original sound recording is purchased or streamed.

Generally, these funds go straight to the distributor and then to whoever owns the master, which is usually either the artist or the record label.

Neighboring or related rights are similar to performance rights royalties, except that they apply specifically to a specific sound recording.

So, they are generated by a specific recording being played on the radio, internet radio, TV, advertising, in businesses as background music, live as DJ music, or any other online media.

Remember that these are different from money earned by selling a song. Instead, these royalties are incurred when your sound recording is played somewhere.

YouTube royalties are collected separately from other royalties because YouTube has its own system for keeping track of music being played with videos.

YouTube has a system called Content ID, which gives your music an audio fingerprint. Then, your fingerprint is inserted into their huge database of music. YouTube keeps track of when your song is played, and then gets you paid.

It also detects when someone uploads your song without your permission. In this case, it puts an advertisement on that video and monetizes the video on your behalf. Pretty cool of them, right?

There are companies that will specifically collect your YouTube royalties for you. It’s wise to use them, as there is a giant waiting list if you want to do it yourself, and unless you’ve been getting a lot of plays, it won’t add up to much anyway.

What Should You Take Away From This?

Basically, you need to register every song you’ve ever written with a Performing Rights Organization in every territory that song could be getting played in. Eventually, this may generate you some income.

Beyond that, keep an eye on your digital streams and always make sure you’re getting paid the right amount. Hopefully this guide has given you a better understanding of how royalties work. 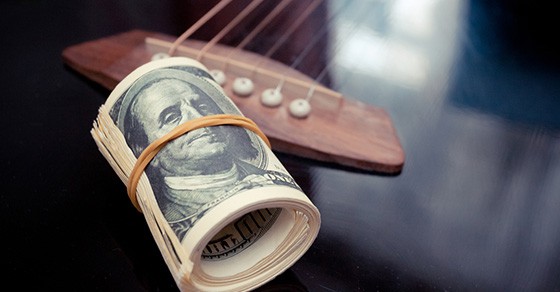 Wouldn’t it be nice to be a full-time musician? Every musician wants to quit their day job and play music all day. Why wouldn’t you? The problem is, music is a notoriously bad way to make money. When you’re starting out, you’ll be playing for next to nothing. You won’t have very many people buying… 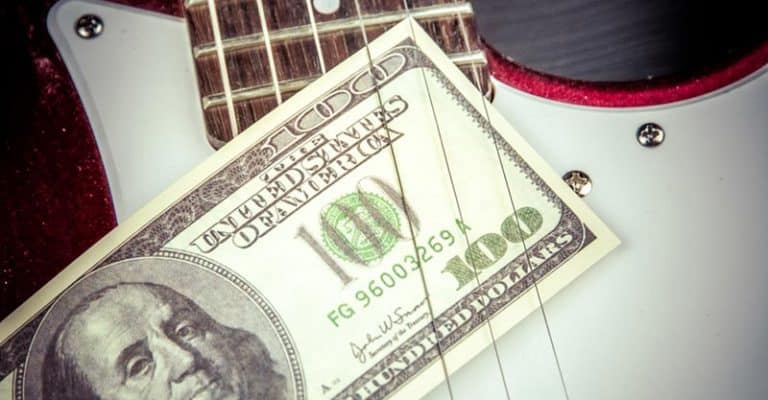 So, you’ve been gaining some experience as a guitar player. Maybe you’ve played hundreds of shows. Maybe you’ve contributed to dozens of recordings. Perhaps you’ve worked your way through a handful of Musicians Institute guitar books. It’s not necessary to have achieved a level of notoriety or skill level as a guitar player to start… 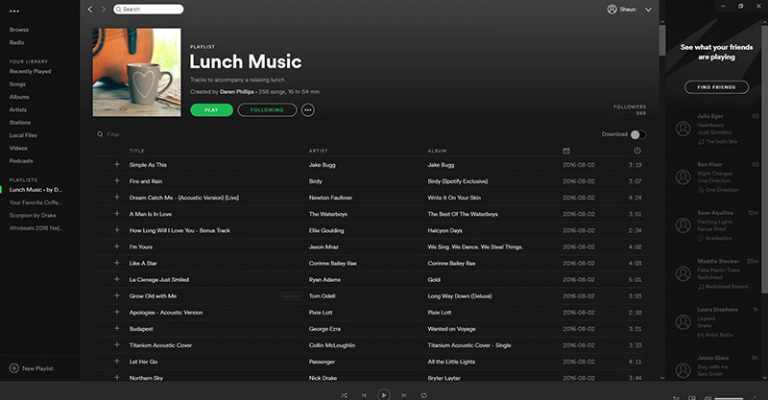 Many musicians say streaming royalties are a waste of time. Here’s what I think – streaming has the potential to be a good passive source of income. And, if you know anything about passive income, you know that it takes time to build. Even as you’re busy playing shows and marketing your music, you could… 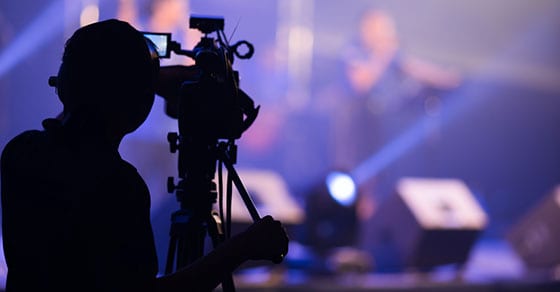 There are more TV channels and movies popping up all the time. If that wasn’t enough, Netflix has been creating more and more original content for their platform. There are more opportunities for you to get your music placed in movies and TV shows than ever, assuming you have the goods music supervisors are looking… 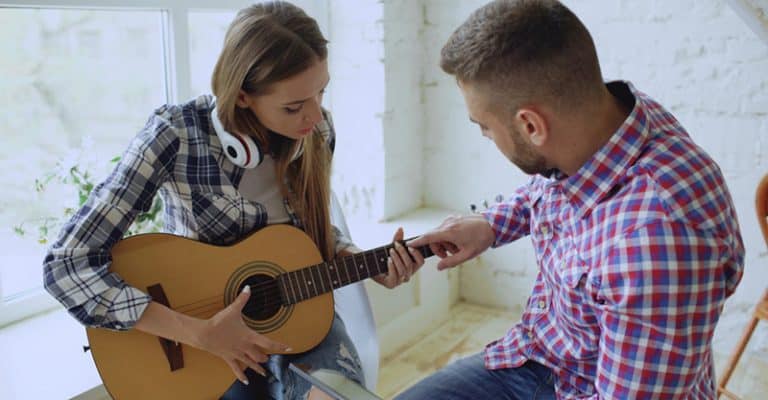 Many guitar teachers started out teaching as a way to earn extra money while they gig or go to school. This is a totally legitimate reason to get into teaching guitar, and if you’re just looking to earn a little money on the side as a teacher, that’s fine! However, for many people, teaching guitar… 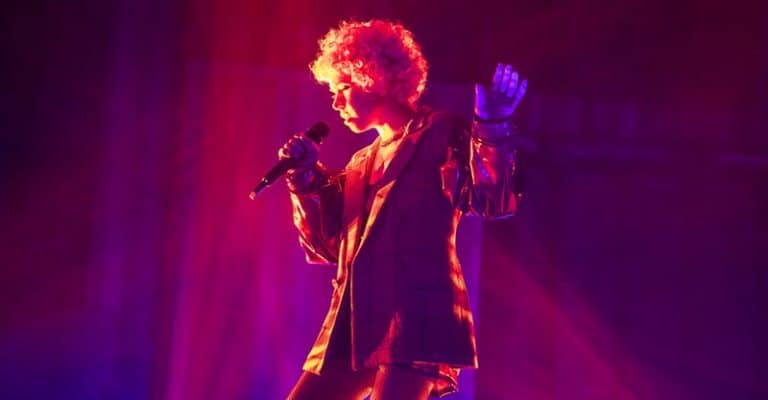 Many artists dream about one day becoming a full-time musician. In my experience, it’s altogether too easy to envision a rosy future when a humdrum or unwanted future is just as likely. That doesn’t mean you shouldn’t take a chance. Far from it. Becoming a full-time artist could be better than you’ve ever imagined. But…