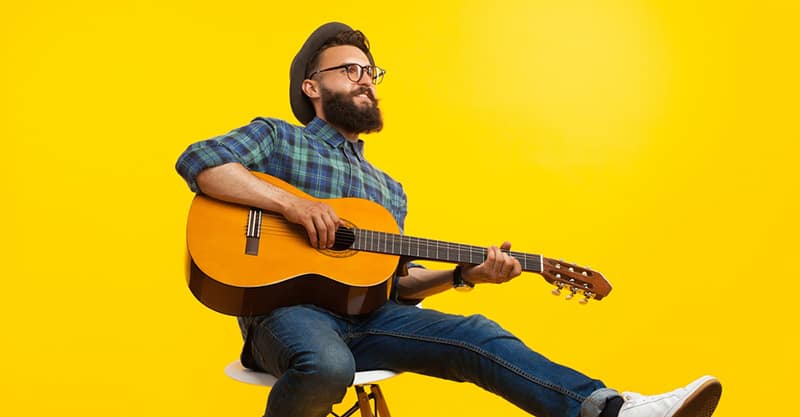 At music conferences, image and branding is one of the most often discussed topics. Everyone understands how important it is, so organizers always put together a couple of panels on the subject.

I don’t know about you, but I’ve never come away from a conference on image and branding feeling better off.

The thing is, everyone knows that image is incredibly important, but when it comes to creating a good image, there are very few people who can tell you how to do it.

My theory about this is simple. Branding and image is literally a separate visual art.

Music is a sonic and a lyrical art. However, when it is performed, it is also a visual art. That is what makes branding so important.

Becoming better at imaging and branding is not easy and will require work. It is important, and here’s why.

Why Image Is Important 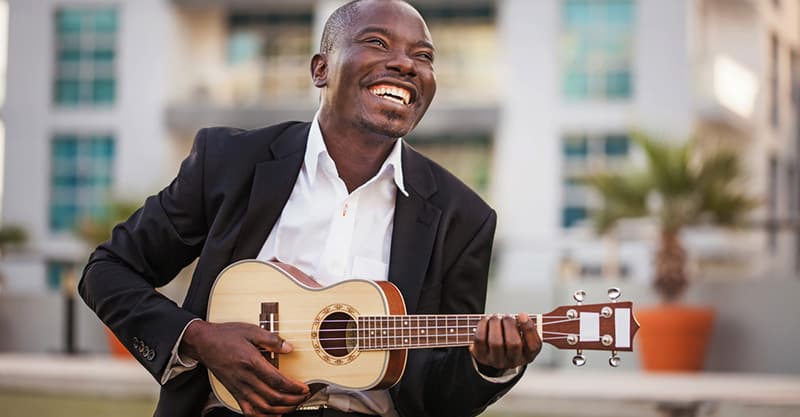 A study in the Proceedings of the National Academy of Sciences conducted by Chia-Jung Tsay of University College London perfectly describes why image is important.

For starters, 83% of the participants in the study (both musically trained and otherwise) were sure that sound was the most important criterion for assessing the quality of a live musical performance.

This was found to be false. The participants were shown recording of three finalists from 10 different prestigious competitions, and were asked to guess the winner.

With just sound, or with sound and video, both the untrained, and the trained guessed the correct winner about 33% of the time or less.

But with silent video alone, the success rate was universally 46 to 53%.

This is surprising to some – that visual cues are a great indicator of what music is going to be successful and that we don’t always judge music on the music – but it shouldn’t be.

In many ways, the visual channel is more ancient than the auditory one. It shouldn’t be surprising that body language, stage presence, clothes, and stage design play a huge part in the live music experience.

How often do you spend an entire performance with your eyes closed?

The thing is, some artists have an intuition that the visual aspect of the performance is important, and others don’t.

Mick Jagger knows that his body language is important. Elvis Presley knows it. Beyonce knows it. These people know this without being told – they are intuitively aware of how the visual arts intertwine with music.

Today, more than ever, the way you present yourself, visually, is important.

Social media is primarily visual. You’re either reading things or looking at pictures. You will rarely see artists posting text without a picture.

How do you choose that picture? What does the picture represent? What emotions does it portray? These are all things to consider when you are building an Instagram presence or making a Facebook post.

On top of that, live music is one of the primary ways people engage with your music financially. Buying tickets and merch at live shows is still the lifeblood of many musicians.

Your live show is so much more than just playing music.

As an indie artist, you’ll experience the gamut. Some venues will have haze, a full lighting rig, and a beautiful bar. Others will be a couple of half-working four-bar light rigs and a disorganized mess.

On top of that, some extra budget for lights, some extra time to clean up the stage, and a bit of thought put into how the stage is organized will help your show reach the next level.

That said, the interesting thing about that study I mentioned earlier is that the performances they were deciding between were all excellent musical performances already.

Here’s the thing: If one of those performances had been literally bad they still would have lost. 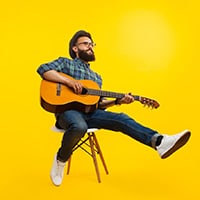 At the end of the day, bad music doesn’t fool anyone.

I’m sure you know a few artists in your area who have a lot going for them, but their music just isn’t there.

They have a draw and an audience, they have great branding, maybe a team, have had a couple of good tours, and seem to be doing well.

These artists may even have lasting careers! But they will never have the staying power that great music does.

Ultimately, it’s the people that make great music that will be remembered. It’s the great songs that will remembered.

I firmly believe that The Beatles will forever be remembered because they wrote amazing music. This may be controversial, but I think that even Elvis Presley is fading from the public’s memory, because the music just wasn’t as timeless.

If there is one thing that you should be focusing on, it’s the music. The imaging matters, but not as much as the music.

So, What Should You Do?

First off, make great music. Seriously. Focus on the craft of writing music and the craft of performing it. This will take you farther than anything else.

However, you do need to be aware of the image you present. Here are a few measures you can take to improve your image, even if you’re not naturally inclined to:

1. Become Aware Of How You Present Yourself 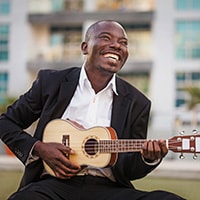 The first step is just realizing how you’re already viewed. Maybe you’re a person that has a natural sense of image and style and you don’t need to work on it.

Maybe that’s not you, and you realize that your image needs work.

Either way, being honest with yourself about your strengths and weaknesses is very important.

2. Make An Effort To Put Forward A Cohesive Image

Once you realize that you need to put forward some sort of image, make an effort to do so.

Look at clothes that your peers are wearing, and go shopping. Don’t go crazy, just buy a few items that you like and make you feel good.

Have at least one full outfit (from top to bottom) that you love. This is how you start.

Take a look at your instruments. Are they terrible looking? Do you look like an amateur?

Fix that. You can get drums wrapped for cheap. You can find a great-looking and decent sounding set of drums for $250.

Make those upgrades and you’ve immediately improved your image.

3. Take An Interest In How Other Artists Present Themselves

Start to take note of what other artists are doing.

Once you start looking for it, it’s very easy to tell who has put some thought into their branding and who hasn’t.

Think about which artists have branding that  makes sense. Artists that seem to really fit into their image seamlessly.

Take a look at every bit of it, because the artist has probably put thought into everything. Why do they use that filter on Instagram? Why do they dress like that? What are they trying to say?

Steal what you find useful from this, and discard the rest.

4. Consider Hiring Someone To Help You

Finally, don’t be ashamed to hire someone to help you develop an image.

Just be careful that whoever is helping you isn’t leading you somewhere you don’t want to go.

Ultimately, it’s you that has to live the image, so you need to know what you want to some extent.

If image and branding aren’t things that you want to spend time thinking about, then find someone to think about it for you. 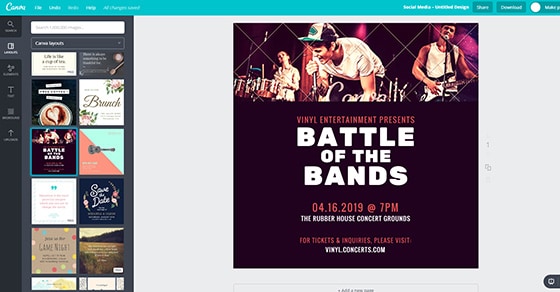 If there’s one thing we know about promotion and branding, it’s that visual marketing works. The problem is that most musicians aren’t graphic designers. The software can be learned with a lot of patience and time, but many of the programs are too confusing, under-powered, or unreasonably expensive to be practical. Becoming a Photoshop guru…

Do you need a logo to represent you as a musician? Or maybe you’ve got a music based company and need a logo for your website. Whatever the situation, you need a music logo which looks good and won’t break the budget. Today I’ve got 4 places you can get your logo designed. If you…

Does what you wear as a musician really matter? Through the decades, artists have donned disco costumes, leather and spandex, jeans and flannel, hip-hop fashions, and more. And, in a way, it seems as though we ran out of ideas in the 2000s, when people started taking cues from previous decades – especially the 80s… 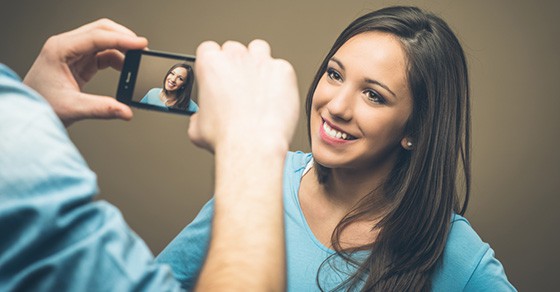 There’s an age-old debate in the music industry: is it better to try to appeal to everyone, or to find an audience for the unique music you create? First of all, not even The Beatles are liked by everyone, so appealing to the entirety of the human race is a ridiculous idea. But even if…