Bluegrass is the original mountain music; the sound originated in Appalachia. Bluegrass is a variation of country music identified by its distinct combination of jazz and blues. Musicians play banjos and guitars and harmonized vocals. The lyrics tend to be poignant or playful and occasionally wordless.

Here are our top bluegrass songs ever!

Another bluegrass song that made box office waves is Man Of Constant Sorrow, which was famously lip synced by George Clooney's character in O Brother Where Art Thou. The lyrics about loss, love, and rediscovering home are core tenets of most bluegrass stories. In 2001, the song won a CMA award for Best Single and a Grammy Award for Best Country Collaboration

I'll Meet You In Church Sunday by Bill Monroe

Any set of lyrics performed by Bill Monroe is quintessentially bluegrass since Monroe is known as the father of Bluegrass. The song features another instrument that is essential in producing a folksy sound: the mandolin. Bill Monroe and his Bluegrass boys produced delightful harmonies and created a song that will last through the ages.

Nine Pound Hammer is an early example of a Bluegrass song becoming widely popular in mainstream music culture. First recorded in 1927, various artists have recorded the song in the following years, including Johnny Cash and Al Hopkins.

Emmylou Harris is a country music and bluegrass icon. Her version of the much older song Wayfaring Stranger is haunting and beautiful. Many attribute the song's origin to the Civil War. Others like Johnny Cash and Jack White of the White Stripes have recorded the song with great success.

Rocky Top by The Osborne Brothers

Rocky Top is a celebratory song about a small town in Tennessee. Tennessee is part of the Appalachian region of the United States, the birthplace of bluegrass. In 1982, the state selected Rocky Top as one of its official state songs.

Larry Sparks is a celebrated bluegrass musician. Indeed, in 2004 and 2005, he received the Male Vocalist of the Year Award by the International Bluegrass Music Association. Tennessee 1949 is an upbeat song that memorializes life circa 1949.

I'll Fly Away by Alison Krauss And Gillian Welch

Oh Brother Where Art Thou celebrated bluegrass on the big screen. The moving song selections highlighted the emotions and the movie's narrative. I'll Fly Away is a classic Chrisitan hymnal, and when Alison Krauss And Gillian Welch performed, the song was transformed and perfected.

Bill Monroe makes another appearance on our list with little surprise! I'm On My Way Home is a beautiful and wistful song about the joys of returning home. Incredibly, Bill Monroe was recording and performing music from 1927 to 1996!

Vince Gill is the master of soulful and soft country-bluegrass music. The core of the sound remains the banjo and vocal harmonies, but the addition of an electric guitar modernized the sound of bluegrass and brought in another generation of fans. If you like High Lonesome Sound, try listening to another Gill hit, Go Rest High on That Mountain.

With bluegrass's popularity and musical experimentation still alive and well, many new bands are picking up the mantle of performing music in the bluegrass style. Balsam Range is relatively new but has seen massive success with the band's American folk twist on the classic sound.

The Carolina Chocolate Drops are one of the only all-Black bluegrass bands playing and performing today. The band's songs embody the emotion and stories indicative of bluegrass and the Black experience. Georgia Buck is one of the group's popular songs, and if you enjoy it, listen to Cornbread and Butterbeans!

Blue Moon Of Kentucky by Bill Monroe And His Bluegrass Boys

While Bill Monroe wrote and first recorded Blue Moon Of Kentucky, many other artists have recorded the song throughout the years, including Elvis Presley, Patsy Cline, Alan Jackson, LeAnn Rimes, and Paul McCartney. Indeed, Blue Moon of Kentucky is one of the official songs for the state of Kentucky!

While Chubby Wise is the first to have recorded the widely known Orange Blossom Special,  Ervin T. Rouse first composed the music in 1938. Orange Blossom Special is known as the “fiddle player's national anthem,” and everyone from Bill Monroe to Charlie Daniels has performed some version of the hit!

Various artists have recorded mountain Dew since the 1930s. The Appalachian Mountains are no doubt the key influence for the song about a misty morning in the hills and the special drink crafted in the moonlight within the mountains. Folks like Glen Campbell and Willie Nelson have covered the song years since its release.

With Body And Soul by Bill Monroe And His Bluegrass Boys

With Body And Soul is a song about the romantic love for a woman. Many bluegrass fans incorporate this song in wedding celebrations or for special events like anniversaries. Bill Monroe reveals his soulful side and makes clear the depth of love felt with his voice and iconic harmony. Bill Monroe is the beat place to begin when you are working to explore bluegrass music!

Bluegrass music is a traditional call and response song that incorporates elements of religious rhetoric. Carl Story is known as creating an offshoot genre, known as Gospel Bluegrass. Southern Christans have embraced this hybrid style and many church gathering across Appalachia and the South will highlight bands who were influenced by Carl Story.

Tortured Tangled Hearts by The Chicks

One of the more modern artists on the list are The Chicks, formerly known as the Dixie Chicks. The all women group is known for strong vocals and excellent fiddle playing. While many of their country music hits trend in a pop music direction, the foundation of their musical style has its roots in bluegrass music. If you enjoy Tortured Tangles Hearts, also listed to Sin Wagon or Cold Day in July.

The Stanley brothers are known for their captivating harmonies, but Meet Me By The Moonlight highlights the group's outstanding fiddle playing. The moonlight’s magic of bringing out romance and intrigue are perfectly highlighted by this perfect example of bluegrass music.

Walls Of Time by The Johnson Mountain Boys

Walls Of Time is a tribute to the mountains and was written by none other than Bill Monroe. The Johnson Mountain Boys are one of the best groups in the bluegrass space. The Walls of Time is a lasting narrative about life, and it embodies the lasting moments encapsulated in memories.

Long Black Veil has also been performed by Johnny Cash and The Dave Matthews Band. It is a heartwrenching song about an affair, a crime, and the lasting emotional aftermath of a stricken case of mistaken identity. The song's narrative is impossible to ignore, and John Duffey's performance is a classic bluegrass interpretation.

Girl At The Crossroads Bar by The Bluegrass Cardinals

The song is a classic performance of a bluegrass original from Larry Sparks. Like many traditional bluegrass and country songs, the setting is in a bar and the subject is a beautiful woman. It's easy to get swept up in the catchy tune and envision yourself in that Crossroads Bar.

Devil's Train is an upbeat song; it is one of the many hit songs by James King. King played with various famous bluegrass groups over the years like the Stanely Brothers, Clinch Mountain Boys, and the Johnson Mountain Boys.

Various bluegrass musicians over teh years have recorded Wade Mainer's Little Birdie. The theme of escaping the problems of your life for a better one is something nearly everyone can relate to at some point in their lives, and this song embodies that sentiment.

Where Rainbows Never Die by The Steeldrivers

The steeldrivers are a modern folk and bluegrass band with songs that focus on Americana stories. Notably, Chris Stapleton began his music career as lead singer of the group. Recently, The Steeldrivers recorded an entire album at the famous studio in Muscle Shoals, Alabama.

The Bluegrass sound identifies with the people and the culture of Appalachia. The emotional stories told by the narratives and harmonies of bluegrass last through the decades and resonate with people across the county. Delve into the bluegrass world by listening to these best twenty-seven bluegrass songs! 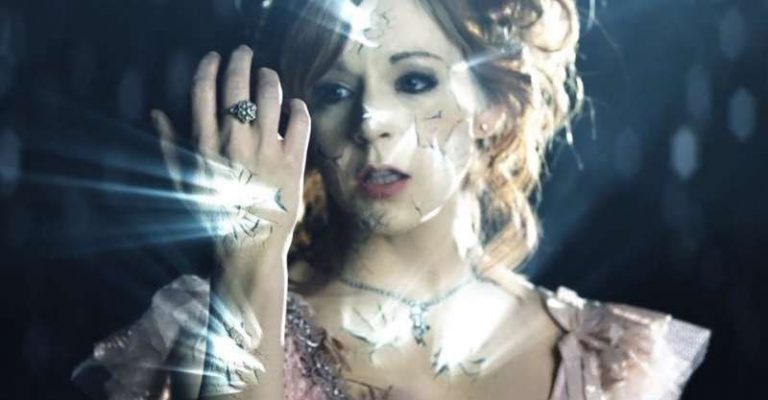 Many people suffer from eating disorders, and their friends and families may not realize it. The truth is that eating disorders can be so hidden that no one notices their effects until it’s too late. This list of songs about eating disorders will give you a glimpse into that world and hopefully spark much-needed discussions. 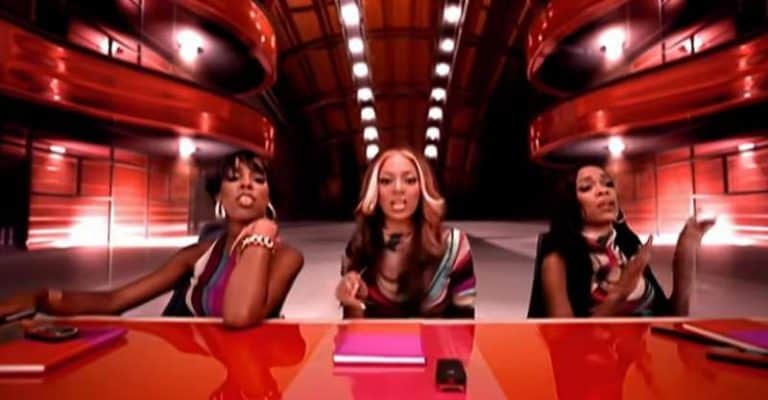 Ah, nothing like sitting around on any given day jammin’ tunes about freedom. Maybe they make you think of drinking a tall glass of lemonade on the Fourth of July or fighting for your independence. In any case, there is little more that makes us feel more nostalgic than cranking up freedom songs. So, let’s… 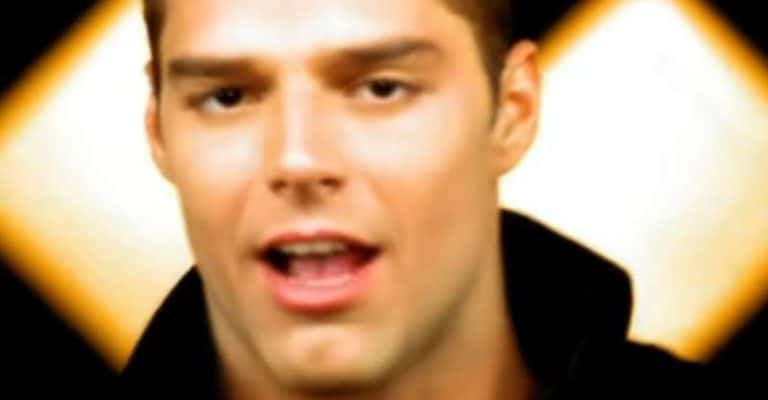 Spanish is a romantic language that lends itself well to music. Legendary musicians like Enrique Iglesias, Reuben Blades, and Selena have left a giant footprint. Listen to these best Spanish songs ever recorded, and you’ll see why they will continue to influence and dominate the music industry. 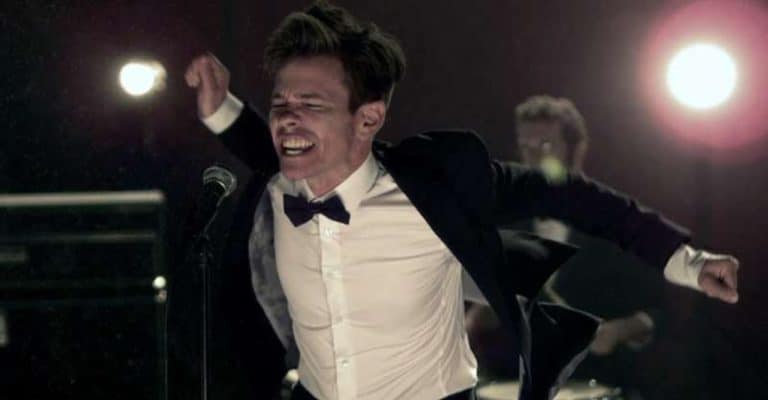 So, your wedding reception has run its course, and it’s time to bid the night farewell with one last dance. It truly was a beautiful celebration, and while you don’t want the enchanting hours to ever end, you have no choice but to send your guests off with something to remember. To help you make… 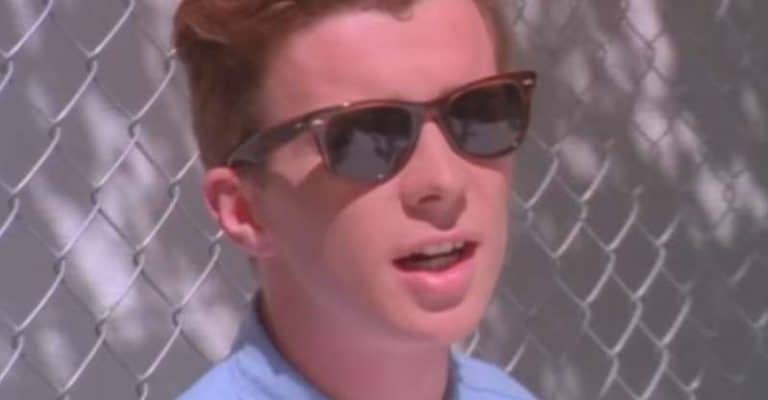 Throughout history in almost every culture, the heart has been signified as the origin of the emotion of love. Outside of love, the heart can also represent the central pulse of cities, music, and anything else that acts as an energetic hub for people to enjoy and exist within. Whether you’re nursing a broken heart… 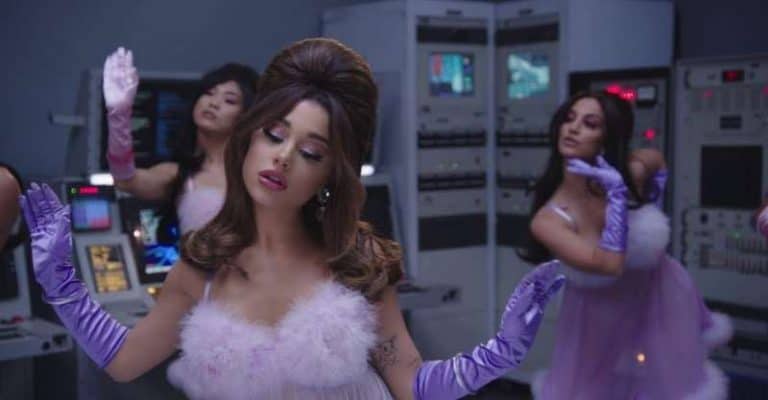 In early 2020, many of us were indoors and away from others. Many people found solace in music. Thankfully, the new decade of music keeps us dancing, despite what the world may have been going through. Here are what we believe to be the best 2020s songs.