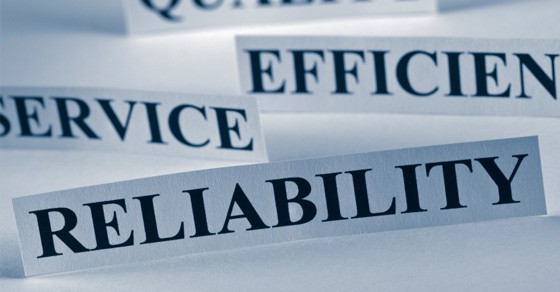 To give yourself the best chance of making it as far as you want with music, you need to have the full package. Making good music isn't enough to stand out from some of the biggest musicians in your genre; you need to have the right drive and personality too. This is something many people overlook.

One key area of your personality you can use to stand out from others, is how reliable you are! The more reliable you are, the better chance you'll give yourself of progressing in your music career.

It would be nice to think this was obvious, but after working in the music industry for a number of years, I can tell you right now it's not. The truth is, the music industry is full of unreliable people. Those who are quick to promise one thing, but even quicker to never deliver. This could be in terms of sending you music, getting you a gig, collaborating on a song or other. The list of things people could promise you but simply not deliver on is pretty much endless.

Musicians, being reliable will help you stand out. There are too many let downs in music, be different! – Tweet This.

Think about it. There are a lot of unreliable people in your genre, all making it difficult for companies and other musicians to work with them. Now along you come, doing what you say when you say you will, and generally being a pleasure to work with. Now who are people going to call up when they next have opportunities? You, or the person who always lets them down and makes things difficult for them? You right?

Although a simple concept, by making yourself very reliable, you increase your chances of getting those bigger collaborations and opportunities. Doing the opposite will increase the chances you fail in music.

Before I look at specific examples of how you can do this, let's look at what reliability does and doesn't entail.

The New Reliable You!

While I could go and grab a dictionary definition, I think it'd be best for me to tell you what I think this word means:

If you say you're going to do something, do it!

It's as simple as that. Instead of saying something because it's easy and will get someone off your back, say what you mean. Only say you'll do something if you have every intention of doing it and if it's realistically achievable.

What this does is make people start trusting you. If you become known for being straightforward and easy to work with, more people will want to work with you.

Now I understand that sometimes promises can be made with the best intentions, but for whatever reason you might not be able to follow through on a certain promise. It happens. If it happens to you, your best bet is to let that person know as soon as possible. Offer an alternative if possible, and be sincere in your apology. You can't do anything about it.

That said, you should never knowingly say you're going to do something when you know you can't. This is the type of thing that's all too common in the music industry and should be avoided at all costs.

Warning, Don't Be A Doormat! 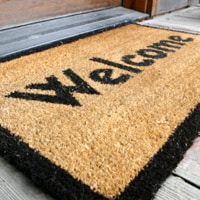 One important thing I want to mention, is being reliable doesn't mean you need to let people walk all over you. You don't have to be overly nice, or feel you have to do every favor people ask you to do. If someone's asking you to be on a song of theirs you don't want to feature on, don't do it. But the important thing is to not say you're going to, then avoid the person and keep putting it off. Forever.

There will be things which won't make sense for you to do. If it isn't worth your time or effort, don't do it. Just be honest up front with that person. For example, with the song feature situation above, you can say something like “Thanks for thinking of me for your song, but I won't be able to do it. I'm working on a lot of my own material at the moment so want to focus my effort there. Have you considered asking *insert other musician's name*? They might be interested. I hope your song goes well, I’ll listen out for it when it's released.”

That's not a bad reply is it? Not only does it mean you haven't committed to something which you can't really do, but it also means you haven't led someone on and wasted their time. Furthermore you haven't ruined your relationship with them by letting them down, meaning you could potentially work with them in future if it suits you both. For all you know they might greatly improve their music and it'll be beneficial to collaborate with them a year down the line. Or your goals might just be more closely aligned later on, so working together would make more sense then.

Top 4 Benefits Being Reliable Will Bring To Your Music Career

Ok, so let's look in ways which being reliable can directly help you and your music.

1. Your Relationships Will Last Longer

When networking, you'll find that not everyone you get contact details for will be a good match for you. While not the only reason, many business relationships fall through because one of the two sides isn't as serious about an idea as the other. You may get in contact with a Dj for example, and they tell you to send them your song via a certain means by a certain date. If you say you will but then don't send it till 2 weeks later (If at all), do you think they'll take you as seriously next time around?

If on the other hand you was to get the DJ the song that they wanted when they wanted, chances are there would be a possibility to work more with them in future. This could include getting them more songs, possibly exclusives this time. This'll benefit them as no one else is playing these songs, and it'll benefit you as the DJ will push you more to their listeners.

Let the DJ down at the first point of contact however, and the relationship between you will more likely fizzle out before anything else.

Multiply this by all your potential contacts, and you'll have a lot more opportunities on your plate. Some will be long-term relationships in which you can continue to benefit each other over a number of years.

2. People Will More Likely Recommend You

So you're playing a monthly gig at this local bar. There are two other acts who also play alongside you, and all of you are equally as talented as each other. But one of the other acts has had to pull out last minute a couple of times without a good explanation, and the other regularly turns up later then they say, messing up the show schedule each time.

No one wants to recommend someone who's going to let everyone down, that then looks bad on them for making that recommendation. By being easy to work with and reliable however, you make it a lot easier for people to recommend you.

3. People Will Be More Open To Working With You

As well as being recommend more, being reliable will also open your doors in terms of who will actually work with you. Record labels, event organizers and the like will very rarely work with people who don't carry themselves in a professional manner. For them, it's a business. It's how they make their money. It's because of this that most of them wouldn't even consider working with you if they feel you'll affect their business in a negative way. And by not living up to your promises, that's a negative way.

Don't let a lack of reliability get in the way of working with the big boys and girls, because that's exactly what it'll do!

4. Your Fanbase Will Increase And Your Money Will Grow

The above three points will mean working with more people, working with a higher quality of people, and being exposed to more opportunities. All of these things will have a positive effect on your fanbase and generated income.

So there you have it; why being a reliable musician can help you stand out from the crowd. I hope you can see how this one trait will be beneficial for your music career, hopefully you'll apply it if you haven't already. Feel free to share this guide with anyone else you feel could benefit from it as well.

Are there any other ways you can see being reliable can help you in your music career? If so, please let me know how in the comments below.

At the beginning of 2014 I posted a blog which showed our 10 most helpful guides for musicians in 2013. A single place where you can get a good year in review of what’s happened on this site, and some of the most important things you would have learned from the last year. As this…

Today I’m going to look at whether or not you should change your stage name. If you’ve quite new to music, then the subject of changing your name shouldn’t be much of a issue. If you’ve been doing music for a while though, I know what you might be thinking: “I’ve had my stage name…

If you’ve ever wanted to learn how to become a full time musician, you’re in luck. Today not only am I going to share with you a typical ‘day in the life’ of five full time musicians, but I’m also going to show you the common traits they all share. With this information, you should…

Hey guys, today I want to look at some of the business skills you need to learn and implement if you want to make it as a professional musician. It’s no good sitting back and waiting for a record label to come along and take care of that side of things for you; if you…