If you are creating a perfect playlist for songs about ice hockey, your choices are vast. Popular artists continue incorporating this famous sport into their music through many genres.

To help narrow down your selection, we’ve listed the best songs about hockey for you to include on your next trip to the rink.

Our top pick for the best songs about hockey is The Hockey Song by the iconic Stompin’ Tom Connors. This tune has been around for decades and continues to be a popular choice for games and tournaments.

Stompin’ Tom describes every aspect of a typical Canadian ice hockey game, from dropping the puck to the cheering crowd and even a short play-by-play of two teams playing for the Stanley Cup.

Tom Cochrane and his band Red Rider incorporate hockey into this playlist. Big League describes a man who started a love of hockey at age five, shooting pucks and spending time on the ice whenever he could.

The cold northern town in this song describes limited opportunities for its residents, but this boy who grew up aimed to play for the big leagues.

3. “Gretzky Rocks” by Pursuit of Happiness

The Pursuit of Happiness created a song to showcase one of the best hockey players of all time, Wayne Gretzky. He is known as the Great One, and this tune describes some of his best moments on the ice.

The singer describes his love for a rival team in the National Hockey League but still attests that Gretzky rocks because of his talents throughout his career.

4. “Hit Somebody! (The Hockey Song)” by Warren Zefon

A classic part of old-school hockey is the fights on the ice, so Warren Zefon was sure to include a reference in his song, Hit Somebody! (The Hockey Song). This tune details the big hockey dreams of a boy wanting to play and score in the NHL, but he was better at fighting than scoring.

Throughout this melody, the coach would tell him his job was to protect the top players, but in the end, he had a chance to score and was finally successful.

Paul Brandt created a Hometown Hockey Version of his original song, Small Towns & Big Dreams, in 2001. This iconic melody has since quickly become a national treasure for many Canadians as it describes the life of many northern kids in small towns who want to play in the NHL.

He sings about traveling around playing the game, and how so many others are just like him, hard working and God blessed, with big dreams of playing hockey for a career.

6. “Change the World With My Hockey Stick” by The Vandals

The Vandals touch on one of the benefits of being a famous hockey player, the money. In their song, Change the World With My Hockey Stick, you hear of how the singer practices as much as he can to become great enough to play in the National Hockey League.

Once he is famous enough to obtain a hefty sum for playing this game, he wants to use his riches to help change the world. They describe how people love to watch him play and are happy when he helps change the world’s problems, all with his hockey stick.

In the catchy tune, Me Like Hockey, Arrogant Worms tells a tale of a man who works hard all week but looks forward to watching hockey games at home on Saturday night. This song compares hockey as being superior to other popular sports and leaves you feeling that it is the best game in the world.

You will hear more details about wanting to see hockey fights and friends gathering with beer and snacks to watch a game together and place friendly bets against their favorite teams.

David Vaters outlines every fan’s feelings as they sit in the stands and watch their favorite team play in his song, Hockey Night. This tune describes a man and his girl cheering on the players as they skate up and down the ice, winning the game to go onto the Stanley Cup Finals.

Raffi is a beloved children’s entertainer and sums up life as a Canadian child with the song, On Hockey Days. Here, he describes how moms and dads take their kids and head to the rink on hockey days in all kinds of weather.

He describes the fun kids all over Canada get playing the game of hockey and how they learn about sportsmanship and teamwork.

Stompin’ Tom Connors pays tribute to hockey moms everywhere with his song, My Hockey Mom. This melody describes a boy who’s mom is the one to take him to his games and practices and is his biggest cheerleader.

He credits his mom for supporting his dreams as he reaches the NHL and how proud she is of him as he wins the Stanley Cup.

11. “Blades of Steel” by Moneyshot

Blades of Steel by Moneyshot describes young children heading down to a frozen pond in December to play a fun game of hockey together, with hopes and dreams of making it big.

The song pays tribute to many famous hockey names as he plays through his career. But, in the end, he breaks his leg, which ends his dreams of being a hockey star.

The 12 Days of Hockey that appeared on Hockey Night in Canada is a parody of the 12 Days of Christmas with lyrics that align with the hockey world. From a chance to play with Wayne Gretzky to penalty minutes and winning Stanley Cups, this tune mentions many hockey greats and iconic elements that true hockey fans can appreciate.

The Tragically Hip pays tribute to a Toronto Maple Leafs legend, Bill Barilko, in their song Fifty-Mission cap. This tune describes his career highlights and how he scored the winning goal that won the Stanley Cup the last time he played with the Leafs.

This famous hockey player went missing when his plane crashed on a hunting and fishing trip in Northern Ontario. The Tragically Hip touches on how the Leafs won another cup once his plane was discovered 11 years later.

The Dropkick Murphys touch on old-time hockey in their tune Time to Go. The lyrics describe the anticipation of heading to the rink, also coined the old barn, to watch their favorite team play.

References to tie down the jersey if there is a fight to the five-hole or top corner for the best scoring opportunities, Time to Go encompasses many hockey terms and elements.

15. “Old Time Hockey” by The Donnybrooks

The Donnybrooks talk about how times have changed in the game of hockey with their tune Old Time Hockey. They detail how players used to smoke on the bench, throw their sticks around to make a play, and how these actions would get you a penalty in the box in today’s game.

This song talks about the old days when players didn’t wear helmets or masks and were tough on the ice, unlike today when kids don’t get a scratch, and the game doesn’t seem as fun.

16. “The Enforcer” by Monster Truck

Monster Truck uses its song, The Enforcer, to describe one of the more popular players on a hockey team. These individuals are there to be the muscle on the team and are notorious for fighting and knocking out teeth.

The Hextalls sing about a New York Ranger game in their tune, I Don’t Wanna Be a New York Ranger. Here, they describe a guy and his girl on a date at a hockey game, and he gets lost, looking for his seats.

In his effort to find his girl, while drinking beer, he sees her kissing another guy on the Jumbotron, making him hate everyone who cheers for the New York Rangers.

Great Big Sea’s Helmet Head describes a man who played hockey in the minor leagues and was not the greatest scorer but had lots of luck with the ladies. His hockey career centered around dating coaches’ daughters, female fans at the rink, and other players’ wives.

19. “The Ballad of Wendel Clark” by Rheostatics

The Rheostatics pay homage to Wendel Clark, a professional hockey player who was part of several teams in the NHL. They describe how he is a player you should fear on the ice and how they sit around the television and watch him lead the team.

Their lyrics mention where he grew up in Canada and his famous jersey, number 17.

20. “Clear the Track Here Comes Shack” by Douglas Rankine and The Secrets

Douglas Rankine and The Secrets touch on one of the great hockey players, Eddie Shack, with their tune, Clear the Track Here Comes Shack. The lyrics describe how he worked his way through the ranks to play professionally, even though he almost quit while playing in the minors.

This song talks about how Eddie Shack can score the goals and keep players on their toes and how he will knock you down if you get in his way.

21. “Lonely End of the Rink” by The Tragically Hip

The Tragically Hip includes hockey in another popular tune with Lonely End of the Rink. This song describes the lead singer’s childhood as he played goalie and was always at the lonely end of the rink with the play at the opposite end.

He talks about his father in the stands and how he would hear him across the ice during the games and drive him home afterward.

Hockey is a national sport in Canada and is famous worldwide. So whether you are heading to play a game or want to watch your favorite team, having a playlist with songs about ice hockey will set the mood. 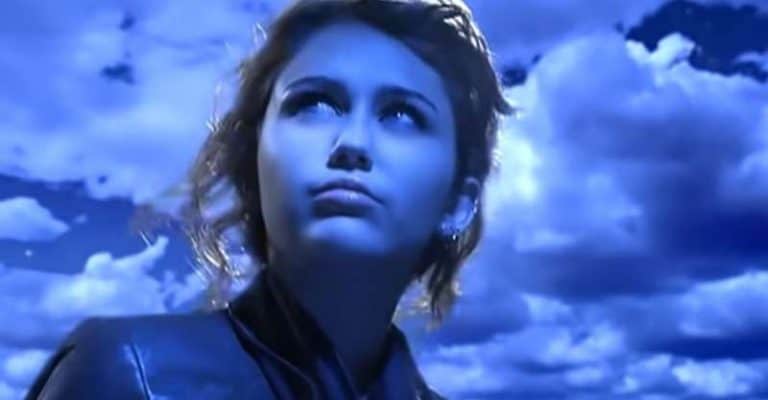 Do you have trouble feeling hopeful? Music can be a great option, so you should listen to a few songs about hope. Music has an incredible ability to influence our moods, which is why people often listen to energizing music while working out to pump them up or up-tempo music when sad to lift their… 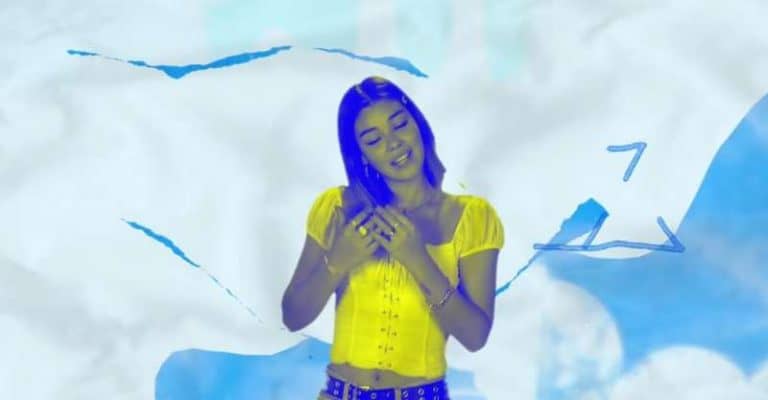 Colors play an important role in everyday life and at times, can evoke emotion much in the same way as music. Yellow is a magnificent color that tends to embody a feeling of joyful, radiant warmth. Here is a list of songs that utilize the color yellow within the song.

The kalimba is a simple, beautiful instrument. It has a rich, warm tone that captivates the listener and keeps them mesmerized. It’s a relaxing, calming instrument if played in moderation, and it’s very enjoyable and fun to boot. It’s crazy how many great songs you can learn on the kalimba. Here we will look at… 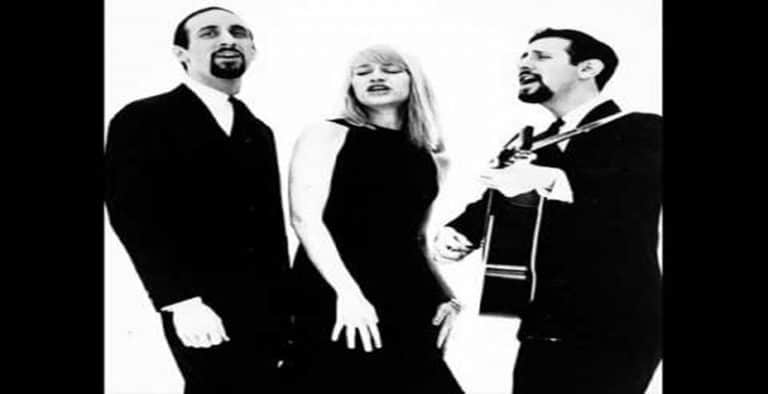 Campfires and music go hand in hand, so bulking up your songbook with the best campfire songs is a sure way to enhance any camping experience. These songs all have the same things in common: Popular appeal Simple lyrics Easy to play Skim through and find the best song choices to tuck away in your… 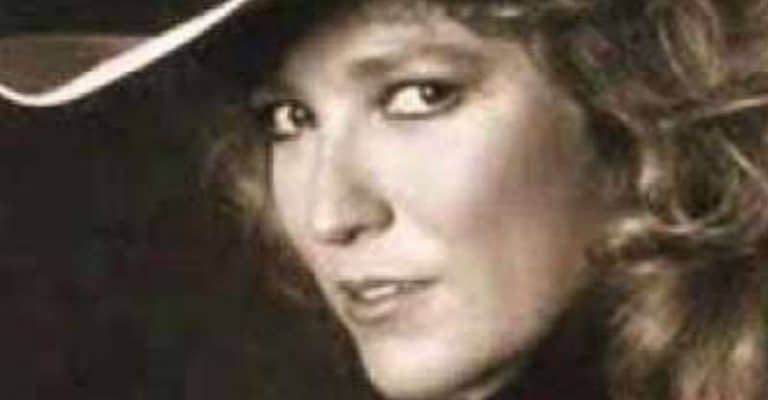 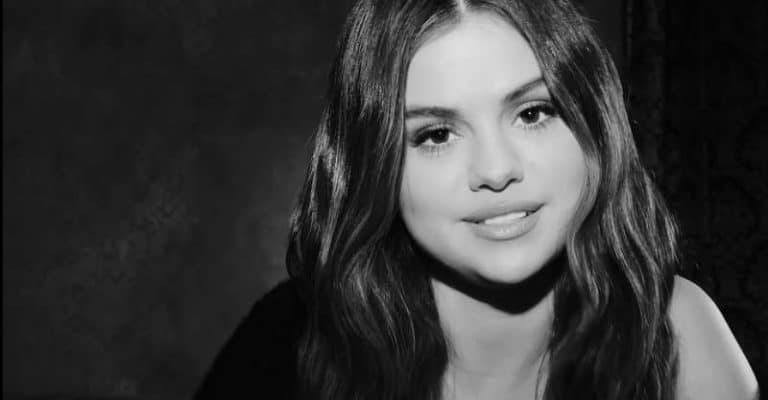 Nothing expresses our deepest feelings better than an emotional and soulful love song. Everyone has at least one song that got them through a breakup or expressed their love for a significant other. Perhaps the most emotionally impactful songs are the slow songs that reach our hearts and minds through poignant lyrics and long, beautiful…