Do you ever feel low and want to put on some sad music to help you through a hard time? Well, you’ve found the right place to get started!

This article will cover some of the best sad instrumental songs to listen to while reflecting on your sorrowful feelings.

Jorge Méndez is a Mexican musician who is relatively young for the classical music scene. Born in 1995, Méndez began his musical career in 2013. Since then, many of his melancholy tracks have featured on the iTunes Classical Music charts and several film scores.

“Cold” is his most popular song. Its mix of piano and violin creates a heart-rendering tune full of highs and lows. While the song starts off quite sad, it becomes almost inspirational near the end, making it a great song to listen to when feeling dejected, as you’ll be reminded there’s always hope.

Hans Zimmer is a German film score composer and music producer. He has created music for famous movies, including The Lion King, Pirates of the Caribbean, and Gladiator. He’s won two Oscars and Four Grammys and was named one of the Top 100 Living Geniuses by the Daily Telegraph.

“Time” is one of his film scores from the movie Inception. The tune is meant to instill a sense of life and how it’s only as significant as the dreams that make up reality. If you’ve ever watched the movie, you know how fitting this somber tune is.

Adrian von Ziegler is a Swiss composer who was made famous by YouTube. Von Ziegler has over one million subscribers to his YouTube channel. His channel features many styles of instrumental music, including Celtic, fantasy, and electronica.

Many of his songs are solemn, including “Loneliness.” This reflective and rather depressing song will surely match your gloomy mood. And, if you weren’t sad before listening to this song, make sure you have a tissue box nearby!

“Piano Sonata No. 2 in B Flat Minor (Marche Funèbre/Funeral March)” by Frédéric Chopin

A list of the best sad instrumental songs wouldn’t be complete without mentioning this song. You’ve likely known this song since you can remember, as it’s commonly used in cartoons when someone dies or there is a funeral.

Frédéric Chopin was a Polish composer and virtuoso pianist. While some of his musical repertoire includes happy, mystical, and uplifting music, he has quite a few songs that evoke despair, which is why this isn’t the last you’ll hear of Chopin on this list.

You can guess by the name of this song that it’s less than cheerful. “Come, Sweet Death” was written by Johann Sebastian Bach, a German composer and musician. Sometimes, it’s accompanied by a solo vocalist, but it also has an entirely instrumental version.

In this song, Bach is not hoping for death to escape his sorrowful life but instead to reach heaven and gain eternal happiness. You sure wouldn’t equate eternal happiness with this tune, though.

“Gymnopédie No. 1” by Erik Satie

Erick Satie was a French composer and pianist. “Gymnopédie No. 1” is the first of three songs composed for the larger work, Trois Gymnopédies. The slow and somber beginning will remind you of looking out the window on a rainy day and watching passersby going about their separate lives.

This song gained a bit of a resurgence with the rise of lo-fi Next time you’re down in the dumps, turn on this song, cuddle up with a good book, and bask in those melancholic feelings.

“Nimrod” is a beautiful and moving tune that certainly has sorrowful undertones. This song by English Composer Edward Elgar is part of a more extensive work, Enigma Variations. The name comes from the Old Testament, in which Nimrod is a great hunter.

It’s Elgar’s most famous song and is often used to express sadness and grief. Some may call the melody uplifting, while others may call it mournful, though the latter description seems more accurate considering it’s often played at funerals. To add to that, it’s also regularly played at Remembrance Day services.

“Adagio for Strings” by Samuel Barber

Samuel Barber was an American composer, pianist, conductor, vocalist, and all-around musical master. Barber’s most famous song, “Adagio for Strings,” is also one of his most dispiriting. It’s so sad that BBC Radio voted the song the “saddest classical work” ever and has a novel written about it, called The Saddest Music Ever Written by Thomas Larson.

While the song's first half is inarguably depressing, the second half picks up a little. So, when you give this a listen, you might go from feeling crest-fallen to encouraged through its eight-minute duration.

As the name suggests, this film score by American composer, conductor, and pianist John Williams was the theme for the movie Schindler’s List. If you’ve seen the movie, you’ll agree that this song definitely deserves a place on this list. If you haven’t seen the movie, simply put, to avoid any spoiler alerts, it’s about the holocaust—one of humankind's greatest tragedies.

Williams didn’t believe he could write music for a movie dealing with the tough subject matter. He even told director Steven Spielberg to find a better composer for the film. However, he took on the job and won an Academy Award for Best Original Score, his fifth Oscar.

This song is sad for more reasons than its melody. “Adagio in G Minor” has been called the biggest fraud in music history. Italian composer Tomaso Albinoni originally wrote it in the early 18th century.

However, none of his songs were ever published but were housed in Saxon State Library in Dresden, Germany, after his death. Unfortunately, a bombing raid in 1945 destroyed the documents.

In the 1950s, Italian musicologist, composer, and critic Remo Giazotto began to write a biography of Albinoni and stated he came across a fragment of “Adagio in G Minor.” He completed the work and published it in tribute to Albinoni. However, Giazotto retracted his statement and claimed full credit for the song.

Claude Debussy was a French composer often thought of as the first impressionist composer. “Clair de Lune,” French for “Moonlight,” is one of his most recognizable songs. This song is a bit of a catch-22, as it’s undoubtedly sad, but it brings a comfortable sadness.

The song is appropriately named, as you can’t help imagining being tucked up in bed, drifting off to sleep as it plays. With this thought comes the idea of endings, as the day is coming to a close, and that particular day will never come again though it may survive through memories.

“Sono Andati? (Have They Gone?)” by John Bayless

John Bayless was an American pianist, composer, and cover artist. He wrote The Puccini Album: Arias for Piano as a tribute to Giacomo Puccini, an Italian opera composer. The album covers many of Puccini’s operas without the vocals.

This particularly sad tune is from Puccini’s opera La bohème. However, Puccini’s vocal version of “Sono Andati?” is far from sad. If you listen to the lyrics in the vocal version and can understand Italian, it’s two lovers talking about their feelings for each other and reminiscing about old times. However, Bayless turns the song into a beautifully mournful and haunting song.

Jurrivh is a composer from the Netherlands. On his official website, he states he writes emotional music to express himself and help others who do not have emotional support get through tough times. Many of his songs feature in Indie films and lo-fi playlists on popular audio streaming platforms like iTunes and Spotify.

The tune of “Suicide Note” is heartbreaking, featuring a slow tempo and poignant melodies from the piano and violin. Though Jurrivh doesn’t give a backstory to any of his songs, guessing by the title of this song, it is about losing someone to suicide.

Eugène Ysaÿe was a Belgin composer, conductor, and virtuoso violinist. He has been referred to as “the King of the Violin.” And what sadder instrument is there than a violin?

“Poème Élégiaque, Op. 12” is by and large a violin piece, though there is some piano accompaniment throughout. So next time you’re in the mood for a long sob session, turn on this nearly 14-minute song and let the tears flow!

This list ends with our dear friend, Chopin. “Nocturne Op. 9 No. 2” was written as a solo piano piece. While it might not be the most heart-wrenching of the songs on this list, it still carries a sorrowful tune.

You’ve probably heard this song as it’s frequently used in theatre productions, television shows, commercials, and movies. The melody evokes a more brooding feeling than sorrowful, but it makes this list nevertheless because of the slow, reflective tempo of the piano.

Now you know some of the best sad instrumental songs for the next time you’re feeling down and need some musical accompaniment for your mood.

If you’re feeling depressed and want some music to brighten your mood, check out our list of uplifting songs about hope, and you’ll feel happier in no time! 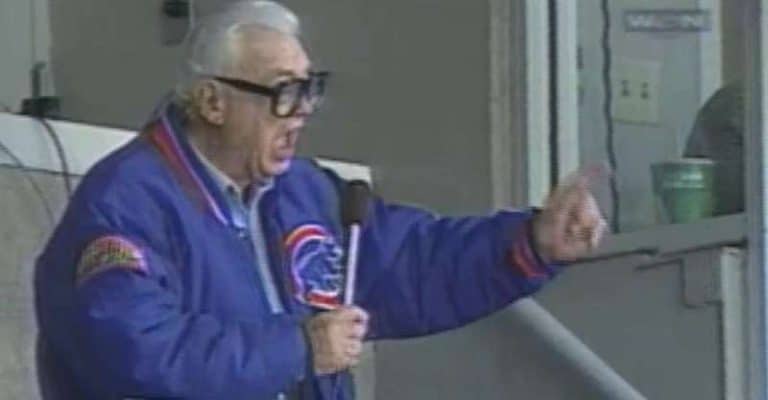 Modern baseball incorporates several moments when players can express themselves. Perhaps no moment is more exciting than a walk-up song. Players choose a tune that will evoke a specific emotion for their at-bat. Those who want to incite laughter and lightheartedness should explore the following funny walk up songs. 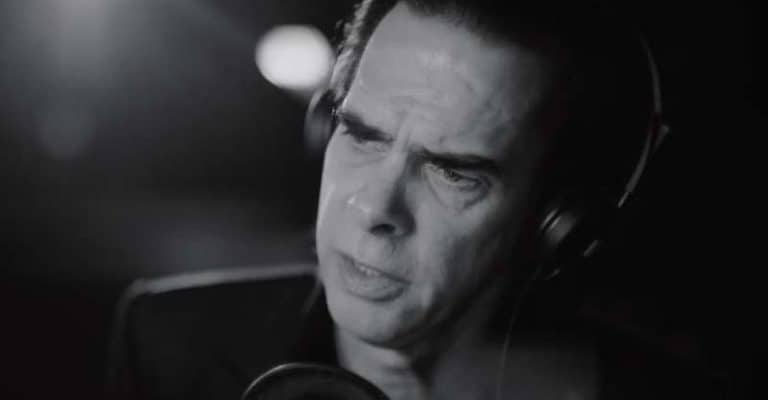 2016 was a vibrant year for music and one of the best of the decade. No matter the style and artists you were into, chances are some great tunes hit your ears. So what was some good music from 2016? Join us as we take a look at a few of the tracks that made… 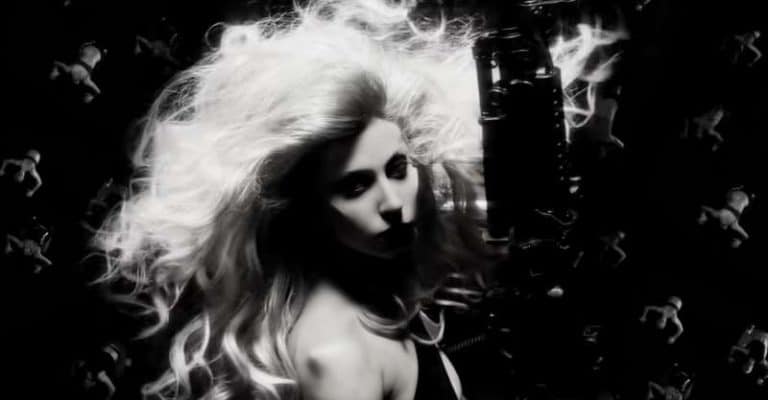 Songs have the wonderful ability to spark emotions when you listen to them. Within the lyrics, there are often messages that are best brought to the ear through music. Many have messages and advice for life that can be useful for those who listen to them. Keep on reading to learn about some of the… 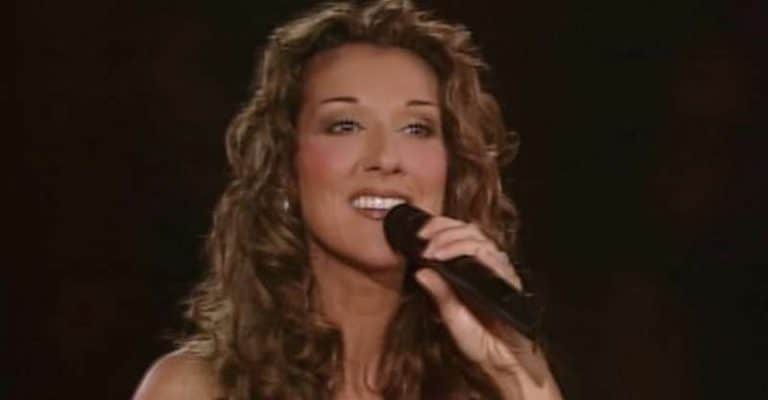 Oh behave! Looking for songs beginning with the letter B? Here is our choice of the best. 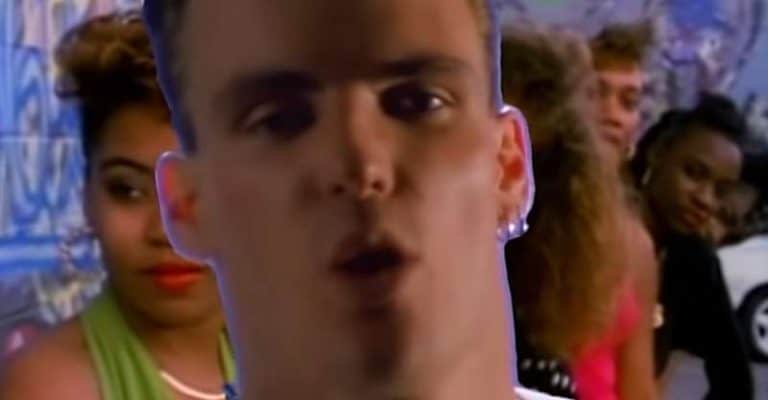 The best throwback songs can take you time-traveling and bring back memories of an earlier era, usually 15-20 years before. Throwback songs are those that it seems everyone can sing along with that instantly make you think of the time you first heard them played on the radio. 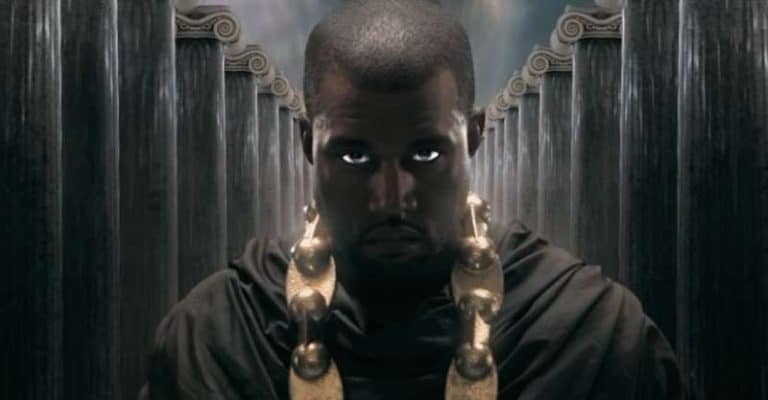 Are you looking for a fight? Or at least to pretend you’re about to go into one (for whatever reason, lol). Sometimes the only path forward is to confront your opponent directly, in that spirit, here are 21 of the best fighting songs to listen to so you’ll get pumped up before throwing down.