You are here: Home / Songwriting Tips / How To Write A Country Song That’s Authentic (In 6 Steps) 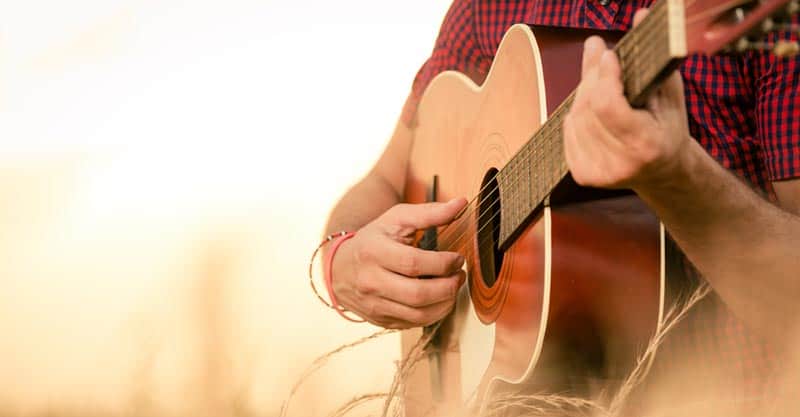 There’s something about a great country song, isn’t there?

I mean, it’s not everyone’s cup of tea, but those who love it love it to death.

As with many other genres, topics often include love and heartbreak, fun and adventure, faith and spirituality and more.

That’s right – contrary to popular parodies, country is not all about misfortune and hardship.

What some of the best country songs have in common is they are heartfelt and authentic.

So, let’s explore what it takes to write an authentic country song.

In case you hadn’t noticed, country has changed a lot with the times.

That doesn’t mean there still isn’t a place for a “I lost my car, I lost my dog, I lost my girlfriend” type songs.

But I think it’s good to have a sense of what’s going on in country right now, just so we’re not way off base as we work on our own masterpieces.

As I write this, the most popular country songs are:

Just looking at those titles can give you some ideas around what country songs today are about – drinking and partying, spirituality and pride, admiration for another and so on.

I wouldn’t say there’s anything fresh or new here, but it’s always good to keep your ear to the ground.

It’s also worth looking at what’s happening in country music from a musical and production standpoint.

These days, it’s not unusual to hear country songs with techno synths and beats. Some of it just sounds like pop with a slight country twang, which primes it as a potential crossover hit.

Country guitar is still at the core of many of the songs, but you will also hear modern production techniques being employed in today’s popular country music.

For example, “Look What God Gave Her”, to me sounds like a dance pop song or worship song as much as it does a country song. The lead guitar flourishes are about the only thing that make it sound country.

So, that blows the doors wide open in terms of what you can do musically.

If you’re a guitar virtuoso, like Keith Urban, then you can pull from a variety of influences. We’ll talk more about that a little later. But first, let’s…

Brainstorm Ideas For Your Country Song 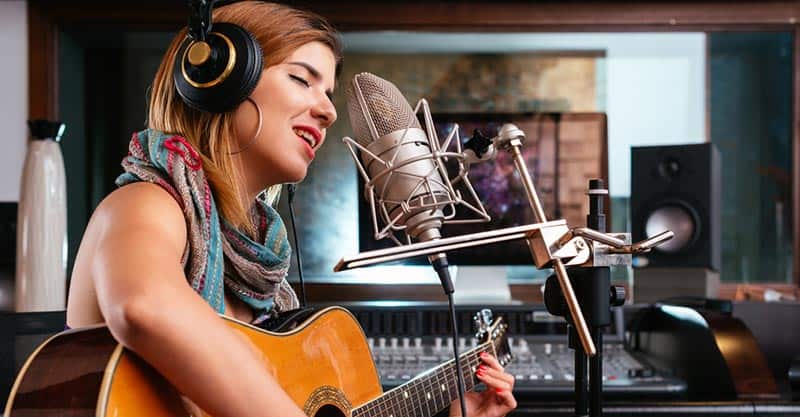 So, hopefully you now have a sense of what current country music is like.

This isn’t to suggest you should write in that style, because what’s trending today could be dated tomorrow.

But as a general guideline, country music is about five years behind where pop music is.

Either way, it’s time to brainstorm some ideas.

You could come up with a song topic or start jotting down lyrical ideas.

If you have a few riffs or chord progressions you’ve been working on, maybe it’s time to add to them or put some words to them.

You can sing random melodies over these riffs and see if something sticks.

You could be signing nonsense at this point and that’s fine. Doing this could still give you a sense of what melodic and rhythmic phrases could work over your riffs.

You don’t need to set anything in stone at this stage. You can consider different topical ideas, play with various word combinations, explore different chord progressions and so on.

You don’t even need to get that far into it. All you need are some ideas, because the next phase is…

Write What You Know & Dramatize It

We’re talking about writing an authentic country song. That being the case, you should write what you know – something coming straight from your heart.

I’ve personally lived in Calgary, Alberta, Canada for over 20 years, and the country scene is sizable in this neck of the woods.

I could write about the open highways, the wide-open skies, the prairies, and even the Rocky Mountains off in the distance.

If I did that, it would probably come off sounding like Paul Brandt’s “Alberta Bound”, mind you.

Anyway, I’m not saying you must live somewhere remote to understand the country spirit. Not at all. I’m more of a rocker myself.

But I think you get the idea. If you’re interested in writing a country song, it’s because of the world you know and occupy. It’s not just a musical style but a way of being and living.

Maybe what you know is horseback riding. Maybe it’s working on a farm. It could be fishing, hunting or just sitting in the sun and drinking.

There is a song in every one of these things.

Maybe looking at these things sparks a song title or one line of lyrics. That’s a good start. More possibilities begin to present themselves as you explore your surroundings.

“That’s boring”, you might say, and I get where you’re coming from.

But keep in mind this is just a starting point. This isn’t enough to captivate a larger audience. We need to add a bit of drama and inject your song with some emotion.

Just like a band releasing an album isn’t news, singing about the open highways isn’t going to captivate. We need the right “headline” to draw people in.

For instance, singing about a lost love and driving down the open highways is something people can relate to. And, it’s more evocative.

So, don’t be afraid to dramatize a bit. Story is interesting. Mere facts aren’t.

Start with what you know and then add some color to it. 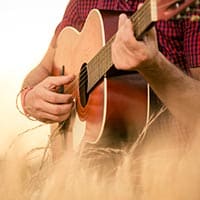 All too often, as a songwriter, the temptation is to lean on what you already know.

I don’t know what that might be for you. Maybe it’s Dwight Yoakam, Tracy Byrd or Johnny Cash. Whatever foundation you have is what you’re most familiar with.

There is something to be said for going back to the basics and taking inspiration from it.

But like drawing from the same well over and over, the waters basically stay the same. It might be time to find a new well or even dig a new one.

Whether it’s the blues, jazz, rock or the latest pop hits, there’s something you can learn from every musical genre out there.

There may even be a way to take a pop hit and turn it into a country song.

I’m not talking about plagiarism, because we want to avoid that at all costs.

But we know that everyone takes inspiration from everyone. In that sense, it’s a free-for-all world.

It’s the people who take inspiration and don’t give credit that seem to get into the most trouble. So, give credit where necessary.

So, absorbing a variety of music can give you more range. It can give you a broader sense of what good music is. Incorporating what you discover can make your music more intriguing too.

Songwriting is supposed to be fun, so don’t try to force something that’s just not happening.

I remember working on a country song called “I Like Music (But I Hate Dancin’)”. It never quite came together, but the idea still makes me chuckle.

That’s the great thing about country. Your ideas don’t need to be serious. They can be fun too.

Here are some great, fun country songs to explore if you haven’t heard them already:

Now, you might throw out some of these ideas if you were writing for another genre.

But to be fair, there are silly songs in every genre, whether it’s Carl Douglas’ “Kung Fu Fighting” or Warren Zevon’s “Werewolves of London”.

It’s just a matter of whether it’s something you feel you can pull off.

Even if it’s silly, if it’s catchy, it can reach a broad audience. And, I would argue that there are plenty of cheesy country songs out there that became big hits. 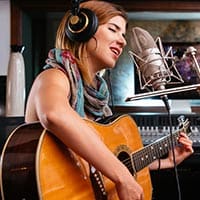 What separates some of the best songwriters in the world from less successful songwriters is their ability to refine and edit their music.

“Edit? Are you crazy? This song is done!”

That’s where most people stop. Because of their pride, they have a false sense of what’s good and what isn’t, or they simply have no idea how to improve on their work.

If you’re working in isolation, maybe try cowriting some songs. Or, just get some feedback from another songwriter you trust.

If you’ve written something, and you’re not sure whether it’s good, give it some space, and then come back to it later. You can always work on other songs in the meantime.

Hearing something in a new space can often spark fresh, creative ideas.

This is the final phase in songwriting but it’s easily the most important. If you sharpen your ability to refine and edit, you will have a leg up on the competition.

It’s good to get your “first draft” down as quickly as possible. When inspiration hits, take it and run with it.

But don’t assume the first draft is the best version. There may be some tweaks you can make to the lyrics or come up with a better chord progression in the bridge.

Additionally, sometimes, songwriters find it difficult to lean on what they know, because to them it seems like they’re just rehashing old ideas over and over.

Simple is not bad. There’s a reason some chord progressions get used over and over. It’s because they work.

Sometimes the process of refinement is a matter of getting back to the basics. So, don’t forget that.

How To Write A Country Song Final Thoughts

Writing songs is a lot of fun and there’s no one right way to do it.

Over time, you will develop your own habits and you will come to lean on them.

But don’t forget to try a variety of approaches. This will help you get out of your songwriting rut and come up with fresh ideas.

Sometimes, being under the gun to produce can be a good thing.

You could try attending a few songwriting workshops or gatherings in your locality, which should force you out of your comfort zone.

So, just enjoy the process and don’t worry about “perfect” until you reach the refining and editing phase.

If you want additional help with your songwriting skills, this beginners songwriting guide will help.