You are here: Home / Songwriting Tips / How To Make Your Song Have Feeling, And Why You Should 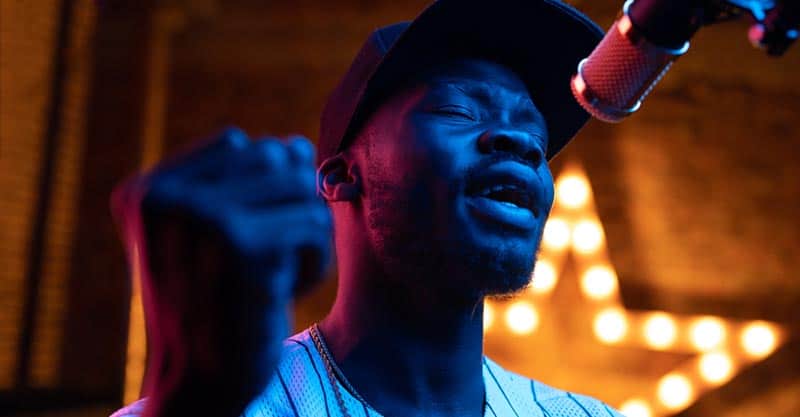 Why do certain songs make your hair stand on end?

Why do certain songs bring tears to your eyes no matter when or where you hear them?

Why do certain songs evoke such a strong feeling?

The emotions you feel when you hear a song range from joy, sadness and nostalgia to hope, elation and possibility.

If you’re a songwriter, then you’ve almost certainly felt these feelings and more while listening to music, which is partly why you write songs – to recreate something you felt in your own voice.

I was listening to an interview with Questlove a little while ago, and he said something along the lines of, “I knew a song was done when it was giving me goosebumps.”

Have you ever written or recorded something that gave you goosebumps or made you cry?

That’s what we’re after.

In this guide, I want to help you write songs with more feeling.

Of course, I can’t write them for you.

All I can do is give you some tips, ideas and techniques to work on.

Why Some Songs Have Feeling & Others Don’t

There are many, many songs in the world that won’t give you that feeling.

That’s because writing a song that resonates and draws emotion out of you is hard.

First off, if the song itself feels campy or fake, people know.

That doesn’t mean you must write from lived experience.

There are many “story songs” that make me cry.

But you must be able to write with vulnerability and bravery, which is not easy.

Second, if the song’s structure is getting in the way of the message, it will be hard to communicate emotion.

If people can’t follow the song, or if people get bored by long, stale sections, you’ll lose them.

You must hold the listener’s attention.

Lastly, the feeling of a song can get lost in the production or the mix.

If the song should have been a simple acoustic guitar and vocal song (like Chris Stapleton) and it’s done up like a Florida Georgia Line song, you’re going to kill the emotion.

The opposite may be true as well – lazy production and mixing can kill a song before it even makes it to somebody’s ears.

So, the bad news is: making a great song that punches you in the gut is hard.

There is a lot that can go wrong.

The good news is: you can write as many songs as you want.

Here are some tips for writing songs that have more feeling.

Feeling In The Song Writing Process 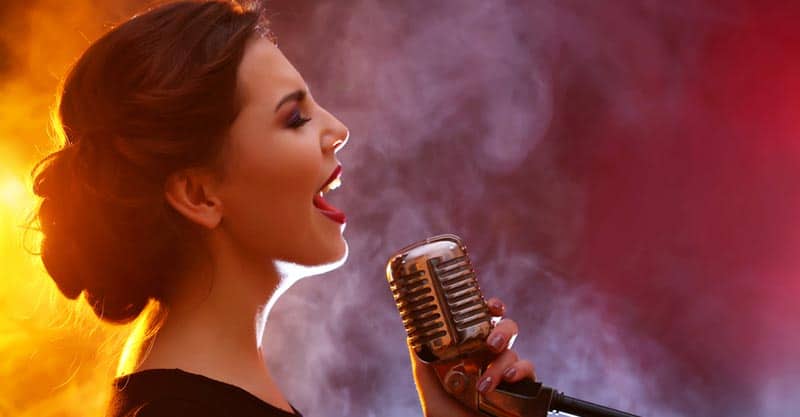 We must start with the basics.

When you’re writing, there are a few things that can hold you back from making something great that resonates with people and it’s important to be aware of these traps.

The single biggest issue people have with writing songs is fear.

Fear of looking or sounding stupid.

Fear of doing something different.

Or, worst of all, fear of being honest.

People often make the mistake of choosing a lyric that they are more comfortable with, rather than the one that is true or honest.

This is the result of the filter we use in everyday life to protect ourselves and others from offense or hurt feelings.

You can’t be honest about everything all the time to everyone.

And, we all lie to ourselves all the time as well.

My friend, Field Guide, had a technique that he used to get past his own filter.

If he had a chord progression, he would make a loop, and then record himself singing and talking over it stream of consciousness style.

Do this for long enough, and your filter will begin to fade.

He said he would often end up writing lines or bits that were too honest, but would then whittle it down to these beautiful, hard hitting songs.

Sometimes the best lines in a song aren’t clever rhymes but rather simple lyrics that break the established rhyming scheme.

Taylor Goldsmith, the lead singer of Dawes, has said in interviews that he will always go for the line that gets the point across instead of the rhyme.

Now, this depends on genre and tradition, but I think this point is generally valid.

Sure, Max Martin and Weezer made songs based on syllables and words that just sound good but for most of us, that isn’t going to work.

If you have something you want to say in a song, say it.

Say it plain, if you can.

Smack the audience over the head with your raw emotion and words.

By the way, if you’re looking for wonderful examples of great songwriting, check out Dawes.

There’s lots you can learn from them.

Where the song builds, where the dynamics drop, where the chorus hits – all of this is going to impact how people feel the song.

Unfortunately, there are no hard and fast rules about song structure.

The best way to learn about structure is to listen attentively to songs that hit you in the heart.

Which part gives you frisson?

What is moving you?

Then, when you’re listening to your songs, separate yourself from the song you’ve written to feel what the listener would feel.

Producing A Feeling In Your Music 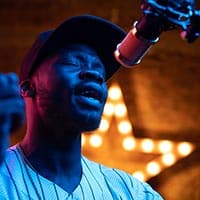 So, you’ve written a song that you love.

You can get inside the feeling of the song and it moves you.

Where do we go from here?

When it comes to production decisions, there is a lot you can do to refine the mood of a song.

It’s so easy to paint yourself into the wrong corner with production.

A great song can have good production that isn’t the right production, and end up losing whatever character it had.

Here are some things to consider when you’re making demos or recordings.

When you hear something that catches your attention, learn more about it.

When a song catches my ear – even just a part of the song – I try to find out more.

I will look up the producer and even listen to interviews with those involved in making the song – the producer, the artist, the players on the record.

I’ll often try to find what inspired the artist and listen to that music.

Getting feedback is also helpful.

You can send bits and pieces of songs to friends and see if they can help you figure out how certain tones are achieved.

Be encouraged by the recordings that inspire you.

If they can make the sounds you love, so can you.

In fact, this can be a lot of fun – depending on your budget and situation, you can hire all sorts of cool people.

Make sure to listen to local music and find out who is producing local artists so you can find out what studio they recorded in.

Don’t be afraid to ask people you might think are too big or too expensive.

Be Mindful Of The Compromises You’re Making

When you’re recording, you’re going to make a bunch of compromises, with yourself and with others.

First, you may need to compromise with yourself if you can’t get the sounds you hear in your head.

It may be lack of gear, lack of experience, or lack of technical skill, but sometimes you just can’t make it happen.

Just be aware of it, so that you can improve for next time.

You also may have to compromise with people you’re working with.

It’s often worth hearing out the ideas of more experienced artists, players and producers.

Just be aware that you are the artist, and it’s your song.

Nobody cares more about the music than you.

If you are making a compromise, make sure your heart is okay with it, and don’t be afraid to speak up and fight for your ideas. 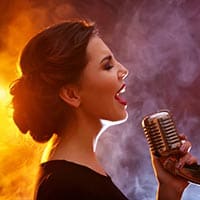 Trusting your intuition seems simple, but it’s not.

Learning to listen to your gut and make decisions about your music is hard.

Have you ever made a song and then realized it wasn’t that great?

Of course you have.

The reason you can tell that what you’ve made isn’t as good as it should be, is that you have taste.

This is good news.

You’ve created a song and you have enough of an ear to realize it is not as good as it could be.

This is an important part of trusting your intuition.

When you’re writing, pay attention to the way you are feeling.

How does your body and mind react to certain lyrics, melodies and the song as a whole?

Pay attention to parts of the song that pique your interest – if they distract you in a bad way, change them.

Trust your intuition and be confident in it.

Be Honest, Be Thoughtful & Trust Yourself

Making impactful songs comes down to being honest in your writing, thoughtful in your process and trusting your intuition.

Be honest in your lyrics and your ideas.

Don’t be afraid to “go there”.

Remember that you never have to put anything out that you don’t like.

There is no harm in experimenting.

Be thoughtful in your process.

Be careful when you’re adding parts.

Consider your song structure and how it affects the song as a whole.

If the structure of the song is there, you can build something beautiful.

Above all, trust that you can do this.

You can write a song that makes somebody feel something.

You can write something that matters.

Trust that your ideas are good.

You will get there.

You just have to keep working!