You are here: Home / Guitar / How To Improve Your Picking Technique On The Guitar 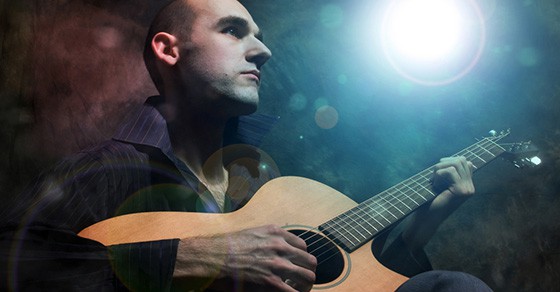 Many guitarists focus heavily on their fretting hand instead of their picking hand.

This is natural, especially early on, when a player must make a deliberate effort to get their fretting hand and fingers in the right position, doing the right things.

But in the long run, not working on your picking hand could limit what you’re able to play.

If you want to take your playing to the next level, it’s time to work on your picking technique.

String skipping is where you pick one string and then pick another non-adjacent string. For instance, you might pick the third string and quickly jump down to the first string to pick a different note.

Picking adjacent strings in sequence is easy, but string skipping forces you to get out of your comfort zone. That is, of course, unless you’ve already worked on your string skipping technique.

This is something I’ve covered in another lesson, so I’m not going to explain all the ins and outs of this technique here. But it’s fair to say that the more strings you have to jump over at a time, the harder it gets. The maximum number of strings you can skip at any time is four, since there are only six strings on the guitar.

Also, it’s one thing to string skip slowly – quite another if you need to execute at high speeds. Practicing with a metronome will show you just how difficult this can be.

Though the previously mentioned lesson contains five exercises already, here’s one bonus exercise you can try:

Another great song to learn at this stage is “Sweet Child O’ Mine” buy Guns N’ Roses, especially the intro. Slash had no intention of turning that riff into a song, and in fact first developed it as a finger exercise. In addition to string skipping, the fretting hand technique is also a bit of a “finger twister.” Give this a try – you can find the tabs just about anywhere, and it’s a great exercise.

Work On Your Alternate Picking

You might feel like you know everything there is to know about alternate picking already. The concept is simple enough – you simply pick one note up, the next note down, up, down, up, down.

But if you’ve ever checked out the kinds of exercises Steve Morse (Dixie Dregs, Deep Purple) has published, you’ll see just how deep the rabbit hole goes.

Alternate picking on a single string is no big deal. But what if you had to alternate pick while string skipping? That’s the kind of stuff Morse works on.

It’s exercises like these that help you see where your “blind spots” are as a guitarist. Unless you’re constantly challenging yourself, you probably wouldn’t think to try something like this.

If you want your alternate picking technique to be more fluid than it is, work on exercises like the above. 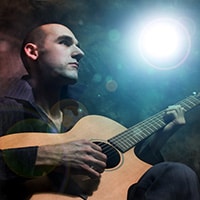 Even a simple exercise like the following can be played using all the picking techniques just described:

Most guitarists naturally resort to what’s easiest. When they see double stops like there are in this exercise, they may be more inclined to use their fingers than a pick. But if you work on this with a pick, it will stretch you and force you to be more precise with your picking. But again, the goal is to try it every which way. If you aren’t regularly getting out of your comfort zone, you aren’t improving.

Another thing you can do with the above is alternate pick it. I know it sounds like a pain, but it will be worth the effort if you work on it.

As you can see, we can take a single exercise and turn it into multiple exercises with a bit of outside-the-box thinking.

Here are several quick tips to keep your practice focused and productive:

Improving your picking technique requires you to try things you’ve never done before. This will cause a certain amount of discomfort. Pushing through that discomfort is where you’ll begin to see improvement.

Having reached a certain point in your guitar playing, it’s easy to think you should be able to do anything. But that isn’t necessarily the case, and you will continue to discover weaknesses. What you do with that weakness is what matters. Developing exercises around it is the best way to conquer it and move onto other areas you can improve upon.