You are here: Home / Making Money From Music / How To Earn From Your Writing Skills As A Musician 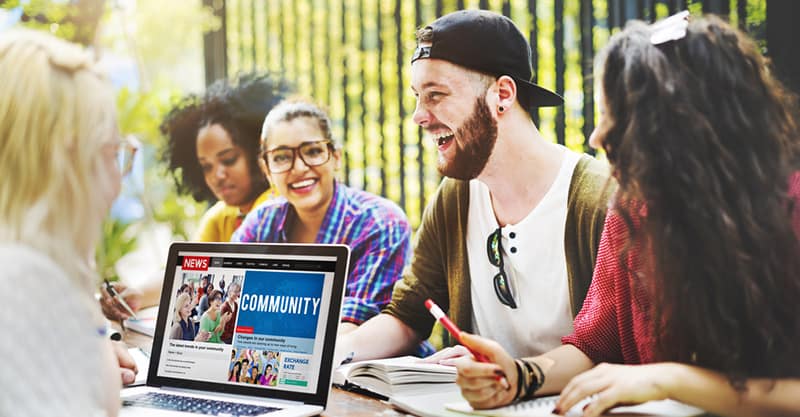 Not all musicians are great writers, but the two skills definitely relate to each other. Especially if you’re a natural lyricist – you’re almost certain to have developed some writing skills.

Writing is a skill that is easily transferable to the non-musical world, and it can be a great way to make additional income. Freelance writing, copywriting, blogging, content writing, and website building are all in demand trades.

I’ve been freelance writing for a few years now, and it’s a great way to supplement your income. The job is highly mobile and allows you to work from anywhere. It allows for more flexibility in your life, and it can be fun and useful too.

Of course, writing music is also a source of income, it’s just that you may not be able to write the kind of music that you want to play. Writing for other people, participating in songwriting workshops, giving songwriting lessons, writing for movies and special events, and securing a publishing deal are all ways to make money off your songwriting.

But, there are downsides. If you’re spending your creative energy writing songs or even writing blog posts, you may have less creative energy to spend on your music. In this sense, writing doesn’t make sense for everyone.

I’ll also give you some tips (based on experience) that will make writing more enjoyable and less draining. If you’ve always thought you would make a good writer, read on.

Freelance Writing As A Musician

Freelance writing is my supplemental (and occasionally my main) source of income in a given month. I have a few regular gigs and a wide mix of occasional freelance jobs that I pick up. To give you an idea, I’ll list them here:

I will go through each of these categories in more detail, so that you can see what suits you best.

Ghostwriting is a very common entry-level freelance writing gig. It pays fairly well (around $0.04/word USD) and the gigs are plentiful.

Search around on the internet by Googling “ghostwriting services” and then apply to the companies that do this work.

Content creation is the same idea, but it usually requires writing a bunch of text for a new website, writing product descriptions, etc.

This work is a lot easier to get if you have another skill set like money management, marketing, hospital work, etc. Many companies want blog posts but don’t want to write them – unfortunately, these companies aren’t usually very “cool”.

This was my entry into freelance writing and I enjoyed it, but I eventually wanted to write things I could put my name on.

Writing for a music industry blog can be a great job. I’ve found that the regular gigs are harder to come across these days, but they do exist.

You’ll have a much easier time just writing a piece that you come up with, and then sending it to blogs. This is called “pitching”. If the blog wants to run your piece, great. You should not accept much less than $0.04 USD/per word. This is a fairly standard rate.

Part of why I like music industry blogging is that it gives me the opportunity to think deeply on things that directly affect my career. I’ve written extensively on touring, marketing, social media, branding and more.

All of this writing has given me well-informed opinions on those aspects of my career.

If you have some advice to impart, write an article (or a listicle) and pitch it to a blog.

Writing For Arts & Culture In Your Area 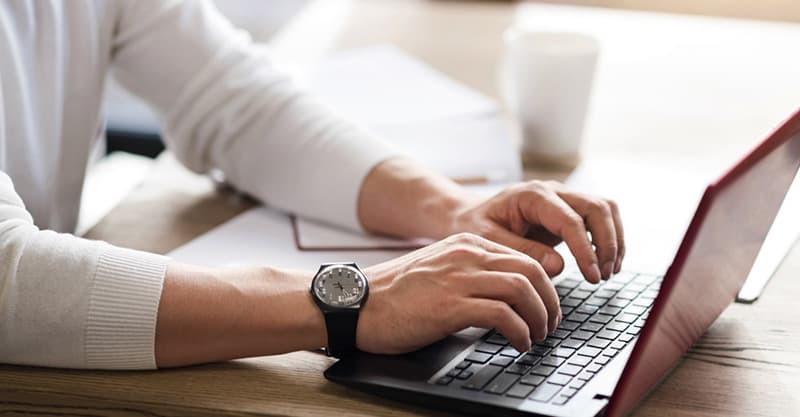 I briefly wrote an arts and culture column in my hometown, and I loved it. I’ve since moved, so I no longer have that gig, but they do exist.

Keep your eye on local newspapers and especially independent magazines. Many universities and colleges run associated magazines that have paying positions for writers. There is high turnover, because many of the writers are students.

If you can get yourself into one of these positions, it gives you an opportunity to hear a bunch of music, see great shows, and generally reflect on the local scene. You’ll also make a ton of connections and get invited to industry events.

Twice a year I make a bit of money writing grant applications for other people. Obviously, if there are no grants in your area/country, this won’t apply to you.

I learned to write grant applications by writing them for my own project. I’ve been successful with many of them, so people started to ask if I could write for them.

Generally, a complete grant application is worth anywhere from $300 – 500. Some people take a percentage of the grant, but I don’t think this good practice.

The only thing I don’t like about grant writing is being responsible for someone else’s funding. It makes me really uncomfortable knowing that my grant writing ability directly affects someone’s ability to make their music.

If you have something interesting to contribute on a subject you’re passionate about, consider blogging about it.

It’s not easy to make money blogging, but it is possible to make a bit of money. People run travel blogs, photo blogs, cooking blogs, and more. The key is to find a niche that you can really dig into, and stick to it.

This is something I would like to do more of in the future, so stay tuned for that! Someday…

Making money from songwriting seems weird, because that is kind of what we’re all trying to do.

There are a ton of weird ways to make money this way. I’m going to cover a few that I have personal connection with either through friends or from experience.

Running or participating in song camps are a great way to write a bunch of songs and potentially make money.

Song camps are very popular in major music industry centres like Nashville, L.A., New York, etc. Basically, you get a bunch of talented songwriters together in a cabin or something, and hold structured songwriting and demoing sessions.

The key here is to put successful writers and artists together and make sure that songwriting credits are shared and agreed upon. 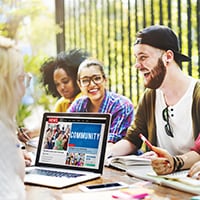 One of my band mates participated in a song camp, and a song he wrote ended up getting a bit of radio play. He made money off his share of the royalties.

You can also make a bit of money by organizing and running these events and charging a small fee.

I’ve taught the occasional songwriting lesson and workshop at schools and even had a few private piano students who ended up being more interested in songwriting than in piano.

Holding writing workshops in schools can be very fun and rewarding. All you need to do is come up with a good format for the workshop and then pitch it to various schools.

It’s worth noting that this actually takes a lot of work and energy. It can absolutely make you quite a lot of money, but not without considerable effort.

These workshops often take place during the day, meaning you can still gig at night if you want. My band has done a few of these (maybe 3 – 4) and we’ve talked about doing them more, but they’re just too much work.

Having private songwriting students can be very fun. They require less of time commitment than workshops, and can be a regular source of income.

The best way to get into teaching songwriting lessons is by teaching regular music lessons and then advertising from there.

I have a few friends who have achieved notable success writing soundtracks for movies. It’s very hard to get into this industry. You basically just have to start doing it for very low-budget movies and go from there.

Writing for movies can be extremely profitable, but it’s also a ton of work and a difficult industry to get into. I would recommend talking to film students and local filmmakers. See if you can write some music for their projects.

Writing for movies and ads are similar in some ways. In fact, a member of my band has made a bit of money writing jingles for local companies and original hold music for a company. It seems weird but somebody has to write it!

Getting into this industry is just a matter of meeting the right people and potentially just doing it unsolicited and sending it to the company.

Finally, some artists make money composing for art exhibits and all sorts of events. This is the kind of work that requires a good portfolio and a wide network, but it can certainly be rewarding and profitable.

Publishing deals are hard to get and difficult to be successful with, but they can provide you with the income to make a career.

Basically, a publishing house will pay you a monthly wage to write songs. They’ll set you up with co-writes and try to get your songs recorded by major artists.

There are plenty of articles that are dedicated solely to publishing deals, so I hesitate to spend too much time on it here.

A Word of Warning 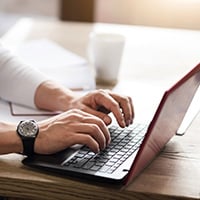 I mentioned it briefly in the intro, but I have become increasingly concerned about the number of creative hours that one has in a day. I think it’s important to realize that freelance writing is creative work.

When I’ve written four thousand words in a day, I’m basically tapped. I can practice and rehearse, but it’s hard for me to write a song.

Consider the benefits of having a “normal job”. Waiting tables and stocking shelves can provide excellent inspiration. They don’t take much out of you creatively, and they’re social jobs, so I find it easier to retreat into writing after.

Freelancing is great, but achieving a healthy balance is important.

Freelancing work could potentially replace your day job. But that doesn’t mean it won’t take over your life if you let it. Here are some tips on how to ensure you still get around to working on your music while pursuing freelance endeavors.

Work On Your Music First

If your music is your priority, work on it first. Seriously. Practice in the morning, and write songs before you write other stuff. I’ve always believed that the music you make when you’re procrastinating is the best music.

There is nothing worse than finishing a day and realizing that you haven’t worked on any music. If you’re freelancing to support your music, make sure that music is indeed your priority.

This has been huge for me lately. I’ve realized that it doesn’t work for me to do a bit of freelance work every day. I just end up procrastinating.

Instead, I’ve been committing a few days in a month to write for literally 8 – 10 hours per day. For the amount of money I make, and the freedom this provides, it’s worth spending that time.

This way, the work gets done much faster and I’m not trying to constantly balance writing and music.

Say “No” To Work You Don’t Need

Unfortunately, I got greedy this year and tried to take on a new client that I couldn’t really make time for. The money was there, but the time simply wasn’t. I ended up being very late on a deadline and disappointing both myself and the client.

The fact is, I was way busier than I anticipated. Don’t do this, it really sucks. Take an honest look at the time you have available before taking on anything new.