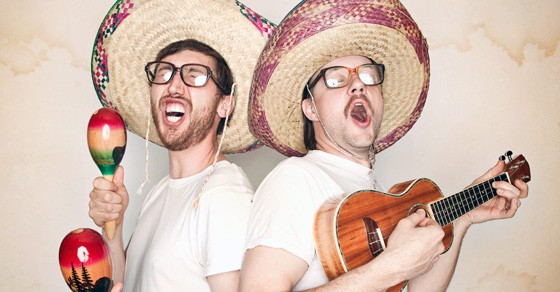 As a musician, you're competing for music fan's attentions with hundreds of thousands of other musicians.

If not millions. There's no sure way to tell for sure.

What is sure though, is that if you want to get people to buy into you as a musician and build up a loyal and profitable fanbase, you need to be better than most of the other musicians out there in your genre. Both in terms of talent, and in terms of marketing.

When I say this, I'm not saying you should keep to yourself and not work with anyone else. While other musicians can technically be seen as competitors, they can also be seen as allies. Partners who you can work with and move forward with together.

But putting that aside for a minute, let's look at you. It should be your aim to offer something better than your competitors. Only then will you be able to stand out from the thousands of other musicians who are aiming for fan's attention.

But how do you do this?

While I could break it down (which I will do later on), in it's simplest form, the best way to be better than other musicians is this:

Do what they won't!

You should do the positive actions that others are either too lazy, too busy, or too slow to do.

As humans we have a way of making excuses for not doing things we should be doing. If you can avoid that mindset and get things done, you will have a big advantage over others.

What this is basically saying, is today, put in the work that most others won't do. Go that extra mile over your competitors. The result will be you down the line reaching places that they don't ever reach. That they can't reach with the amount of work they're putting in. People will see you're better, and you will be better because you put the time and effort into being better.

If you want to succeed in today's music industry, you need to be more than just another average musician.

Ways To Be Better Than Other Musicians

So what exactly should you be doing that many other musicians usually won't? I'm glad you asked. Here are some examples:

They don't go out of their comfort zone

You do. One thing that stops many talented musicians from getting as far as they potentially could is themselves. They get scared to do new things, and scared to step outside of their comfort zone.

For example, maybe they're scared of gigging as they don't want to get up in front of all those people. Or maybe they don't contact potential partners and companies as they fear rejection.

Both of the above things can seriously hinder your music career. If you keep making excuses for why you don't do things and keep putting them off, you're only making it less likely you'll succeed in music.

Deep down we all have an idea of things that will push us forward, so if you find you're delaying getting those things done, have a look at why this is happening. Then step out of your comfort zone and make it happen.

They don't talk to fans personally online, or won't meet them 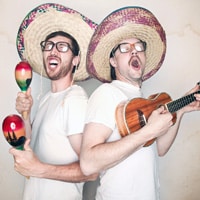 You do. With everyone as connected as they are, if you aren't connected to your fans you're missing out on a big trick. And by connecting I don't just mean updating your social profiles here and there. You actually need to have conversations with these fans.

Make a real effort with fans, as they're the people who have the power to make or break you.

They don't teach themselves music marketing

You do. As is proven by you reading this guide now. 🙂

I've already explained what music marketing is and why it's important. The problem though, is many musicians don't want to personally market their music.

A lot feel that if their music's good enough they'll get heard anyway. This couldn't be further from the truth. If you're not putting it out there in the right places, people won't hear you, period.

Another reason some don't do music marketing is because they got into the music business to make music and that's it. This is fair enough if:

If neither of the above two points are true however, you'll need to market your music, or get someone who will. Don't be like much of your competition, make sure you market your music properly.

They don't have a system and business plan in place

You do. Lastly, I want to touch on creating systems, business plans and work flows.

You'll find there are some things you do on a regular basis (e.g. writing lyrics, updating your Twitter profile etc). With each of these things, you should work out how to do them in the best way possible and as fast as possible.

For example, let's say you contact 5 music companies a week. You should create a spreadsheet for yourself, in which you can easily fill in the company's details as you research them. You should then have set days and times to batch contact these places, and see if you can build a relationship with them.

Or if you record songs, you can write say four songs in a row, then go to the studio and record them all at once. Every time four songs are written you repeat the process.

Having a plan and a way of doing things allows you to improve those processes, saving money, times and energy.

By doing the things other musician such as yourself won't do for whatever reason, you give yourself a chance of getting ahead of your competition. This will allow you to appear better than them in the ways you make yourself stand out.

Are there any other things you feel you can do that many others won't? Those things that will help you stand out from the crowd? Let us know in the comments.

I’m an independent hip hop artist, talent buyer, and web designer for music artists. My full time job and career consists of working independently within the music industry. Working independently for myself is great because I get to be my own boss, make more money than I ever made as an employee, and have location…

So you’ve just written or composed a great song or beat, and you want to know how to copyright music. Well look no further, as below I’ll be telling you everything you need to know about copyrighting music. There are three levels of copyright you can apply to your music: Low level music copyright, Medium…

I’m a strong believer that not only do you need to take the right actions to get where you want in music, but you also need to stop doing the wrong things. Mistakes can hold you back from reaching your goals, and can limit your music career even before it’s started. With that in mind,… 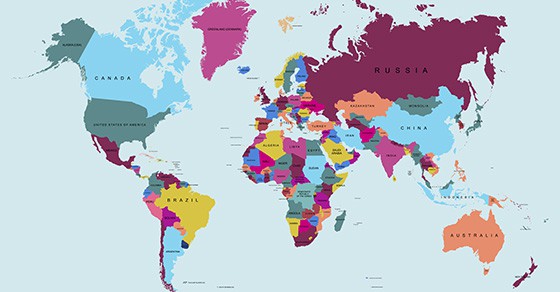 Disclaimer: This article is one man’s view. In short, yes. Location matters in any career, and this is especially true in music. If a town is inundated with plumbers, it’s probably not a good place to start a career as a plumber. You should always be looking for where the opportunities are. That said, it’s…