You are here: Home / Music Merchandising / How To Create Music Bundles & Merchandise Packages Your Fans Will Love 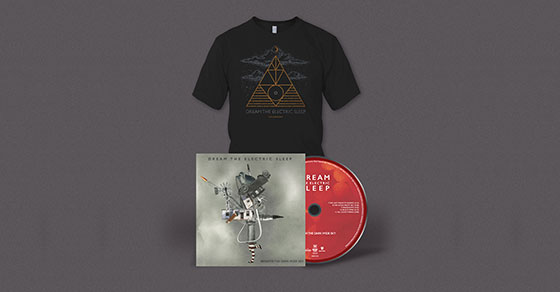 Fans come in a variety of shapes and sizes.

Some will only ever listen to your music a few times.

Some will take it a step further and stream your music regularly and maybe even buy your music or merch.

But beyond that, there exists another category of fan: The super-fan.

The super-fan is a collector. They want to buy everything you have to offer. They’re anxiously waiting for your next release or launch.

But what do many artists do? They release their next album three years later. Do you see anything wrong with this picture? The typical artistic cycle does not serve the super-fan. If anything, it turns them off. If you keep them waiting, they’ll go elsewhere.

No, this doesn’t mean you need to craft a new masterpiece every month. That would be exhausting.

But you do need to be thinking about launching more products to satisfy (and even maintain a relationship with) your most loyal fans. So, what can you do?

Offer More Options To Your Super-Fans

I’m still amazed by how many artists don’t offer anything beyond the standard music and merch line at shows and on their online store.

If this describes you, there’s a good chance you’re not seeing things from the customer’s perspective. You can’t be blamed – you’re not a store owner.

But a few quick tweaks to your offerings could boost sales and revenue. And, I know money isn’t everything, but wouldn’t it be great to earn more from your creative endeavors?

You might think your fans and customers only want to stream your music or buy the occasional T-shirt, sticker, or keychain. I think you’d be surprised at what people are willing to buy if you’d only give them the opportunity.

Don’t think like an artist – the way we sell is flawed. We tend to think people only want to buy when we have something new to offer. Instead, think like a customer. Think about your favorite band, and everything you bought from them. Think about how much money you spent with them. Your super-fans are willing to spend all that and more with you. 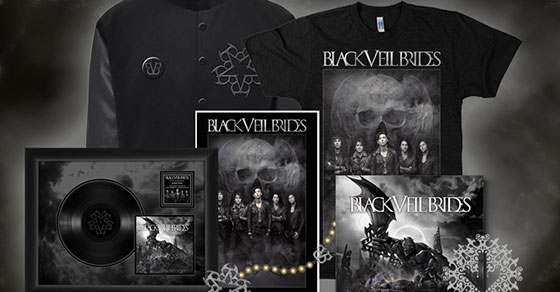 A music bundle is exactly as it sounds – a collection of albums, EPs, and/or singles.

The simplest, and most obvious way to put together a bundle is by packaging up all the albums you have and compile them into a collection. Since the package contains more music than a single album, you can sell it for more than you would sell a single release for. Marking it down a bit is a nice gesture, since it shows your fans they can get more at a special price.

This doesn’t work if you only have two albums. For instance, if you’re selling both albums at $10 each, what’s the point of putting together a bundle whose value is $20 and marking it down to $15? I’m not saying you can’t do that, but it’s not a huge value-add, right?

Instead, look at someone like solo pianist and composer David Nevue. He does an excellent job of bundling his music and offering more than the average artist. His fans can buy three CDs for $35, five CDs for $50, and his entire discography for $150. To put this into context, each CD is valued at $12.95. Fans save about $3 to $4 when they buy three CDs, $14 – $15 when they buy five CDs, and roughly $44 when they buy his entire catalog.

Well, I wouldn’t let a notion like that go unchallenged, but no problem – I have some suggestions on what you can do to get your fans to purchase your bundles, even if they don’t generally buy CDs.

It could be tracks that didn’t quite make the cut, or songs you abandoned part way through your project. No, the average consumer might not be interested in hearing these, but your super-fans would.

Outtakes and demos are perfect for a deluxe or special edition of your release.

Many artists include acoustic versions of their songs as bonus tracks on their albums. Artists like Daniel Amos have taken this a step further by releasing special editions of their album that came with two discs – one with the tracks as everyone first heard them, and one with completely new acoustic renditions of the same songs.

This takes some work, no doubt, but many pros re-purpose their music in different ways, and to me it’s just plain smart. You could create an electronic, remix, jazz, a cappella, live, instrumental, or updated version of all your songs.

Another incredibly prolific artist who’s not afraid to repurpose is Ritchie Kotzen. If you don’t believe me, go have a look at his discography on Spotify. He’s still putting out new material to be sure, but you’ll see some of the same song titles come up time and again.

You could put together a single or several new songs for any music bundle, thereby increasing its perceived value.

If there was something left unsaid in the original release, fill the gaps. If you want to create a few teaser tracks to promote your next release, do that.

Talk about the process behind the album. I don’t know about you, but I still love content like this. It’s interesting to hear what certain songs represent to the artist who wrote them, how they achieved certain sounds, what instruments they used, who they hired to play on the album, and so forth.

Merch packages probably require no explanation. The goal is to pair together items your fans commonly buy together and sell them as complete packages. If you aren’t keeping an eye on the merch table or your online sales, you might not have a clue what your fans are buying, so do a bit of research first if you need to.

It could be an album and a T-shirt. It could be a sticker and a keychain. It could be one huge bundle with everything! Again, don’t be too quick to think no one would spend $200 to $500 or more with you. You won’t know unless you try.

If you aren’t creating merch packages already, you’re doing your fans a disservice, because there are probably people who are buying multiple items from you in a single sitting already.

I’ve already hinted at the possibilities. But you’ve probably seen how some bands offer a three-disc set (two DVDs and one CD), with a limited-edition T-shirt and poster, or something along those lines.

There’s no reason why you can’t sell music and merch together, especially if there’s a tie-in between the items. 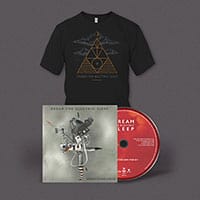 So, even if your discography is on the smaller side, you might be able to create an exciting bundle by packaging together merch items your fans love.

There is no magic number to aim for, but if you don’t have at least one package that’s in the $200 range, you’re probably shortchanging yourself.

Thinking Outside The Box

So far, the ideas I’ve shared with you have been relatively commonplace.

But there is more you can do with bundles and packages. You may need to shift your mindset a bit and abandon the typical artistic cycle (and think more like a content creator), but the possibilities are near endless once you get brainstorming.

Don’t believe me? Read on.

Getting your music transcribed is cheaper than ever. I mentioned David Nevue earlier, but here’s someone that’s been selling sheet music of his unique compositions for years, at about $4 to $5 per song.

Granted, his music lends itself to this treatment. If your fans don’t want to play your music, they could probably care less. But if you play instrumental or technical music, then this might be an idea worth exploring.

This is something my friend Jonathan Ferguson offered to his fans. He wrote the lyrics out to his songs by hand and sent them out to those who pre-ordered his album (along with their CD, of course).

Naturally, there’s more value in a copy of the original lyric sheet compared to a freshly written one. But some of your fans would love to receive a bonus like this.

This could also be a “making of…” video like I talked about earlier. The idea is to show how one of your albums was made, how it went from concept to completion.

When artists put together videos like this, they only like to show the final takes they used on their album. But honestly, it’s more engaging when you show the rawness of how a song went from just a melody or chord progression and snippets of lyrics to something great.

Even the arguments you had with your producer or drummer make for great TV, because of the tension. So, capture those moments too, if you can.

You could interview the entire band, one by one, as well as the producer, engineer, and anyone else who was involved in the creation of the album, and sell it as bonus audio.

If you do this, you’d probably want to edit out the boring parts, but it can still make for great bonus content. 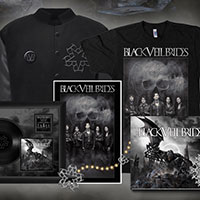 Do your albums tell a story? Do you like to put together concept albums like Pink Floyd, Coheed and Cambria, or Genesis?

Then a short story or a book is a logical extension of that. You could craft an entire story arc and tell it through an eBook or even a physical book. It’s just another way to monetize your creative work.

Or, if you have a collection of poems, you could publish it and add it to a bundle too.

Self-publishing is relatively easy, thanks to platforms like CreateSpace. Why not take advantage?

People who are fascinated by music would likely be interested in learning about how to play the piano or guitar, how you tune your guitar amplifier, mic positioning, and so on.

Instructional content could take any form if it applies to what you do in some way. It could even be dance moves.

Whether it’s a video tutorial, audio course or an eBook, some people would love to learn more about what you do in a step-by-step instructional format, and this can add value to your bundles.

If you already have an online store set up, whether it’s with Shopify, Bandzoogle or WooCommerce, then you may have all you need to begin selling your music bundles and packages.

All you need to do is create a new product listing with everything the bundle includes and price it appropriately.

Either way, you may find the following tools and resources valuable as you look to sell more merch:

There’s little more to say. Start putting together your merch and music bundles, and watch how your fans respond. If no one bites, you haven’t lost a thing. But there’s always the chance you’ll boost your income, which is something most artists need, whether they’re willing to admit it or not.