You are here: Home / Piano / How Long Does It Take To Learn Piano? Find Out Here Now 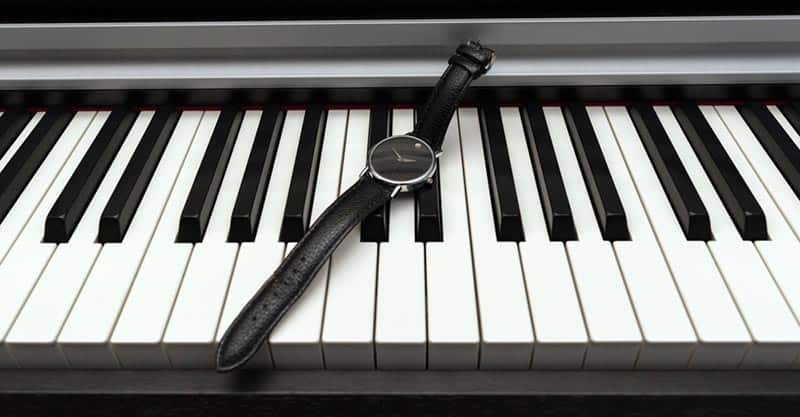 Without being too dramatic, I believe that learning any instrument is a lifelong endeavor – the more you know, the less you know. The better you get, the more you realize how far you have to go.

However, that’s not what people are asking when they say, “how long does it take to learn piano?”

They are asking how long they have to spend being a beginner, taking lessons, and working at it before they can freely and competently play whatever it is they want to play.

The answer, of course, is that it depends on many factors.

How old are you? Have you played before? Have you played any instrument before? Do you know any music theory? How often are you practicing? Are you taking lessons in person or online? How frequent are your lessons?

And of course, how good do you want to be?

It does not take long to learn to play a simple melody with one hand.

Someone with no experience could learn the melody to many famous songs in minutes, and have it memorized in an hour.

But playing a melody with one hand, one note at a time will quickly become dull, and it isn’t going to get any standing ovations.

Being a competent concert pianist playing difficult classical pieces or becoming a competent enough jazz player to sit in on a standards jam takes several years of concentrated study with a master of the instrument.

Most people are aiming for something in between.

Playing for fun, playing in a cover band, playing to accompany your voice or using the piano to write songs.

If you practice daily, you will progress much faster.

15 minutes of practice every day is better than 120 minutes once a week. You need to embed what you’re learning deep within your muscle memory.

Obviously, if you can play for 30 minutes a day, that’s even better.

The best way to figure out how long it will take you to play piano is for me to outline different stages of playing, and how long it would generally take to achieve those levels practicing 15 to 30 minutes every day. 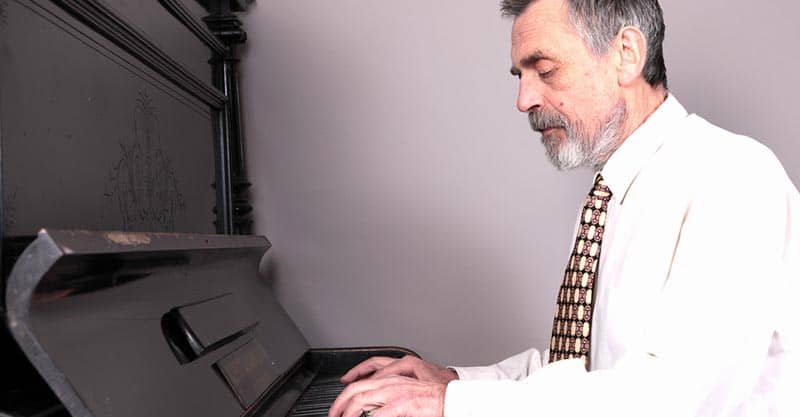 At this point, you’re learning how to move your hands around the keyboard.

You’ll start by playing simple melodies like “Amazing Grace” with each hand.

Eventually, you’ll be playing melodies with simple two-note harmony. You can play melodies like “Linus & Lucy”, which is a classic example of a melody that requires two fingers at once.

At first, you won’t be playing with your hands together very much.

After a week or two, a good teacher will have you starting to play with both hands at once.

The sooner you start paying hands-together, the more that will become ingrained in your brain.

After a month or two, you should be able to play a few songs with your hands together. You’ll probably also start learning some basic chords (I, IV, V) and will learn how to put these chords under your melodies.

After about three or four months of this, you’ll be able to play slightly faster songs with more complex movement in both hands.

At this point, you can already accompany your singing (as long as the song is simple) and play a variety of simplified pop songs.

At about the six-month mark, you should also have learned how to cross your fingers over and under.

This opens up a lot more melodic possibilities. You’ll be able to play more complex figures in your left hand as well.

Between six months and a year, you’ll see a lot of growth.

At level two, you should be able to play scales up and down at least one octave with your hands together.

You should also be able to stretch your fingers to handle skip motion – basically melodies where the notes aren’t immediately beside each other.

Because you’re able to play scales now, you’ll also be able to learn and understand how chordal harmony works.

Learning all the chords in a given key is a game changer.

Suddenly, you’re able to learn almost any pop song relatively easily, mastering all of the major and minor chords in a given key.

This stage can happen slowly or quickly.

It depends on the teacher and what they are teaching you. If they are following a curriculum, you’ll be able to quickly move through it. If you’re just learning online, this is where some people get stuck.

When students don’t follow a curriculum, they often learn how to play some chords, and then never make it past there.

You’ll get to Level 3 after one to two years of consistent practice.

The main thing you’ll be working on at this stage is hand independence.

Being able to carry a melody and/or harmony in the right hand while your left hand does something unrelated is hard, and takes a long time to finesse. It’s something I still struggle with after playing for decades.

At this stage, you can bite off things like “Hedwig’s Theme” from Harry Potter, or some basic left hand bass walking, with some basic soloing over top of it.

You’ll also be working hard at mastering using the sustain pedal smoothly and controlling the volume of your playing. 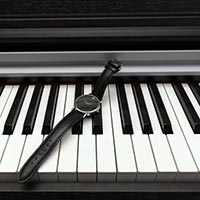 After two to three years of playing piano, you can play some cool pieces.

If you’ve been working at the piano for a couple years, you should be able to play the themes from famous pieces like “Fur Elise”.

You’ll be able to competently play/accompany most pop songs, as long as they are written out for you.

You could play “Rocket Man” or “Bennie and the Jets” by Elton John.

At this point, you’ll have learned about 7 chords, and probably 9 chords as well, and may start running into some jazzier extensions.

This is usually when people start improvising on the piano a little more effectively as well.

It takes a long time for most people to wrap their heads around harmony and have the hand independence to play what they hear in their heads.

Two to three years of playing will get you to a comfortable place in your classical or digital piano playing. A lot of people get this far in their childhood lessons, and will stay at this level after they quit taking lessons.

It’s also a nice level to attain as an adult learner. You can play satisfyingly difficult and impressive sounding pieces, and continually challenge yourself with new songs.

At three to five years of playing, you’re going to start being truly comfortable behind the keyboard.

This is when people’s artistic expression starts to become more refined.

You’ll have mastery of the sustain pedal, and be able to control the velocity of individual notes.

Four note chords will become second nature to you, and you’ll be able to play more virtuoso pieces.

Generally, you’ll be able to impress your friends at this point.

You’ll be able to play the full versions of “Fur Elise” or even the “Moonlight Sonata”. You should be able to solo reasonably well if you’ve been working on jazz or blues music.

There is still lots of work to do. There’s plenty of theory left to learn, and there is no limit to how independent your hands can get.

At this point, naming years gets hard.

You’ve been playing for a while, you know your way around the keyboard and there’s nowhere to go but up.

Things you have to look forward to are greater independence, and the ability to play pieces that require a great deal of left-hand movement.

I remember learning the “Maple Leaf Rag” – a song that requires a huge striding movement in the left hand, and a lot of octaves in the right.

You’ll become better at hearing melodies in your head and then playing them immediately. Soloing and such gets far more satisfying and impressive, but you’ll also start to realize just how good some of your heroes are. 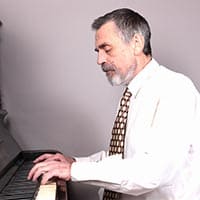 After many years of playing, many gigs, and countless hours of practice, you can become a great player.

Whether you’re reading music from a page, sitting in on jam, writing music, or learning by ear and playing in a band, you’ll be able to do it, and execute the parts well.

If you run into trouble with a part, you’ll be able to take it home, practice it and master it.

Keep taking lessons. Learn from those who play differently than you!

If you have a great teacher, stick with them.

A great teacher combined with a student who is a passionate learner is the best formula for creating a good piano player – a good musician.

If you’re serious about learning to play, I would highly recommend investing in a teacher and regular lessons.

On the other end, how quickly you progress hugely depends on the amount of focused practice you’re getting in every day/week. Nothing will help your playing more than consistent practice.

If you want, you can absolutely learn to play piano online.

There are many courses, paid and free, that will take you through a standard classical curriculum, teach you to play pop songs, teach you licks and teach you theory.

It’s all out there and it’s all available to you.

The problem with learning online it two-fold: it is all self-directed learning, and you don’t get personalized feedback.

The best part about having a teacher is having someone to point out your shortcomings and show you how to correct them, right there, in person.

They will also push you harder, inspire you, and give you positive feedback whenever it’s warranted.

Online lessons can’t give you this, but they do give you freedom to learn at your own pace and they’re usually cheaper.