Trying to list the ‘hardest songs ever written’ on any instrument is a difficult task. Everybody has a different perspective on what makes a song ‘difficult’.

On the piano, the technique, endurance, and rhythmic/harmonic complexity of these pieces are what earn them their top spots. However, some would argue that a somewhat ‘simpler’ piece can be more difficult to play with musicality and feel.

20th Century works are not just technical challenges, they are conceptual challenges as well – straying far and wide from the traditional ways of organizing classical compositions.

For that reason, I’m not going to list multiple pieces by the same composer. Otherwise you would have a ton of Soranji and Liszt. You’ll end up with a better understanding of the history this way.

Sorabji is an 20th Century English composer, infamous for having written some of the most difficult piano pieces ever. His pieces are long and complex – often making use of polyrhythms, and both tonal and atonal elements.

His music is not often heard live, not just because it is so difficult, but because in the late 1930s he banned unauthorized performance of his pieces, after attending a poor performance of one of his songs.

This piece is one of the more accessible of his works, and this video has a modern pianist doing an exceptional job of the performance at a piano recital in 2012.

The music is contrapuntal – taking its harmony from a modern version of counterpoint. Even though the piece is rooted in classical theory, it is still extremely complicated. When the piece was supposed to be premiered, the New York Philharmonic could not master it in time!

This performance by Yuja Wang is pretty incredible. Just watching the first five minutes should give you some idea of what you’re dealing with.

Ligeti is another Hungarian-Austrian contemporary composer. After being restricted in his compositions by communist Hungary for many years, he moved to the West in 1956 and went on compose some of the most important avant-garde music of his time.

He composed 18 etudes for solo piano between 1985 and 2001. These pieces are considered to be one of his most significant achievements, and they are very difficult.

They use fast polyrhythms, Satie-esque chords, unconventional time signatures and more. A quick look at this video will demonstrate – it is accompanied by a terrifying looking score.

Liszt is also a Hungarian composer, but from the Romantic era. He was renowned in the 19th Century for his virtuosic skill as a pianist. He has a huge body of work whose influence lasts through today.

La Campanella is an extraordinary piece of music. Enormous jumps with the right hand, a blinding tempo, and masterful use of dynamics. It’s also an incredibly beautiful piece to listen to. If you found the last three a little weird, this one should be easier on the ears.

This performance by Lang Lang is stunning. By two minutes in, he is effortlessly playing impossibly fast melodies.

Ravel was a French composer, often associated with impressionism and his relationship with Debussy. Ravel composed slowly and painstakingly, and as a result his catalogue is not as large as some composers.

Nonetheless, his pieces are famous and famously difficult. This piece, Gaspard de la Nuit has three movements, notable for fast repetition of the note chords, disjunct hand movement, double note scales in both hands, and a quick tempo.

Prokofiev is a Russian composer, famous for several 20th Century masterpieces such as The Love for Three Oranges, the Romeo and Juliet ballet, and Peter and the Wolf.

The Piano Concerto No. 2 is one of the most difficult piano concertos in standard repertoire. Even Prokofiev himself had difficulty playing it.

To add to the technical challenge, this is some of Prokofiev’s most dramatic work. It must be performed with emotional maturity and technical proficiency.

Everyone knows Beethoven, and many people will know that his Piano Sonata No. 29 (known more commonly as the Hammerklavier) is a widely viewed as one of his most important works and among the greatest piano sonatas of all time.

It is also considered the most technically challenging Beethoven composition. In fact, the first documented public performance was by the famous virtuoso Franz Liszt himself.

Other than being beautiful and difficult, this piece is also long. It set a precedent for the length of solo compositions for the classical repertoire going forward. Valentina Lisitsa does a beautiful job of the piece in this video.

Rachmaninoff was a Russian composer and virtuosic pianist in the late 19th and early 20th Century. His style was melodic, expressive, and full of rich orchestration and harmony.

His Piano Concerto No. 3 is one of the most difficult piano concertos in the classical repertoire. The music is incredibly expressive and technical, requiring large jumps from the pianists and a huge dynamic range.

This performance by Anna Fedorova is stunning. She does an exceptional job of the piece and you can feel every ounce of passion poured into the piece.

Chopin was a Polish, Romantic-era composer who wrote primarily solo piano music. He was a virtuoso himself, and was a leading musician of his era.

This etude is characterized by the speed and lightness with which it has to be played. There is no room to breathe between narrow and wide hand positions and lightning fast lines in the both the left and right hands.

This performance by Valentina Lisitsa will show you everything you need to know. Her dexterity and accuracy are flawless and the piece shows itself as dramatic and lively despite its technical challenges.

Igor Stranvinsky was a 20th Century Russian composer famous for ballet’s like The Rite of Spring and Petrushka. Stravinsky was considered a musical revolutionary, creating new ways of organizing music.

The ‘Three Movements from Petrushka’ is an arrangement for piano of music from Stravinski’s Ballet, ‘The Petrushka’. They are not for the stiff-fingered or faint of heart.

This music is incredibly difficult to play, but Yuja Wang makes it look easy in this performance.

11. Variations on a Theme of Paganini – Brahms

Brahms was a German composer, active throughout the 19th Century, and is often included in lists with Bach and Beethoven.

His Variations on a Theme of Paganini is based on another work by Niccolo Paganini. It’s more than a set of themes and variations, it also has the characteristics of a study.

It has incredible emotional depth and technical requirements. It has been described as “one of the most subtly difficult pieces in the literature”. Check out this performance by Vazgen Vartanian – at around 4:30 you’ll see how huge the dynamic changes are.

Robert Schumann was a 19th Century German composer, pianist, and music critic. Up until 1840, he wrote exclusively for the piano.

In 1830, he wrote this piece; the Toccata in C Major. He infamously refered to this piece as the ‘most challenging piece he had ever written’ and to it remains one of the hardest songs in classical repertoire.

Alternating chords, rapid unison octaves in both hands, and complicated counterpoint all make this piece a tough one to bite off.

Reminiscences de Don Juan is an opera fantasy for piano written by Liszt and based on themes from Mozart’s Don Giovanni. Mozart needs no introduction, and Liszt has been mentioned in the list already – this piece is interesting as it combines these two famous composers.

The piece is technically demanding and is one of Liszt’s hardest pieces. It is long, dramatic, and for that reason does not appear in concert programmes as often as some of Liszt’s lighter works.

In this performance, you’ll see Valentina Lisitiza perform passages in chromatic thirds, reaches for tenths, and several rapid leaps in both hands across the entire keyboard. It’s incredible.

All of these pieces are exceptionally difficult – I hope they provide you with inspiration and motivation to continue your piano practice.

Please enjoy the virtuosic performances available on YouTube, and note that a lot of this sheet music is actually free. The older the song, the more likely it is to be free. Some of the more contemporary 20th Century pieces are not free.

So those are some of the toughest songs for pianists you can find. Are there any other pieces you find extremely difficult? If so let us know in the comments. 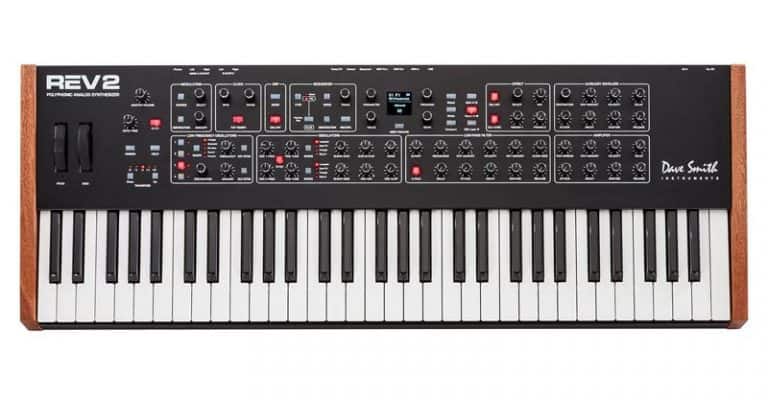 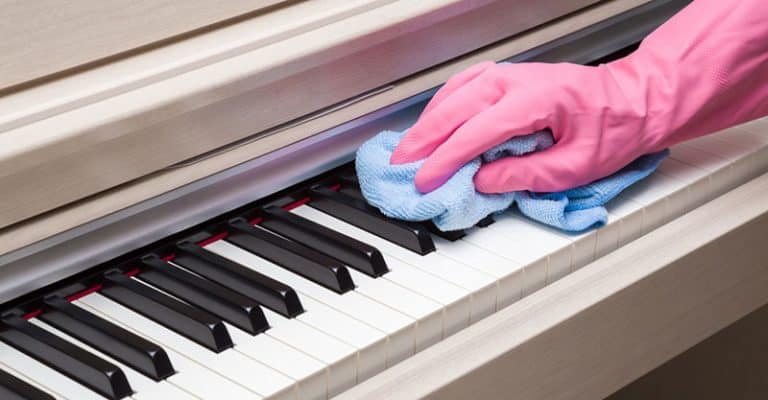 Owning a piano is a privilege and a treat, whether you spent a pretty penny on a new piano, bought a nice used one, or acquired one through family or friends, they are beautiful instruments that deserve your care. Learning to clean a piano properly will improve the durability of the instrument and keep it… 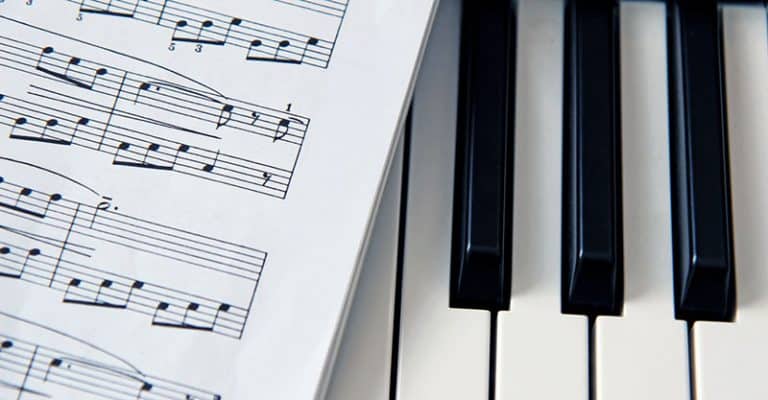 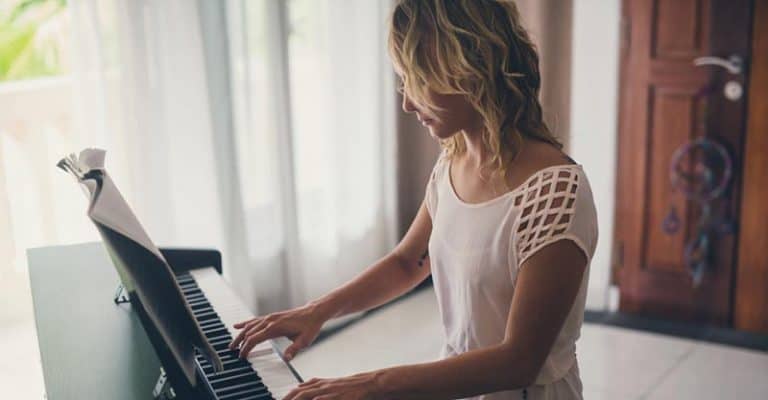 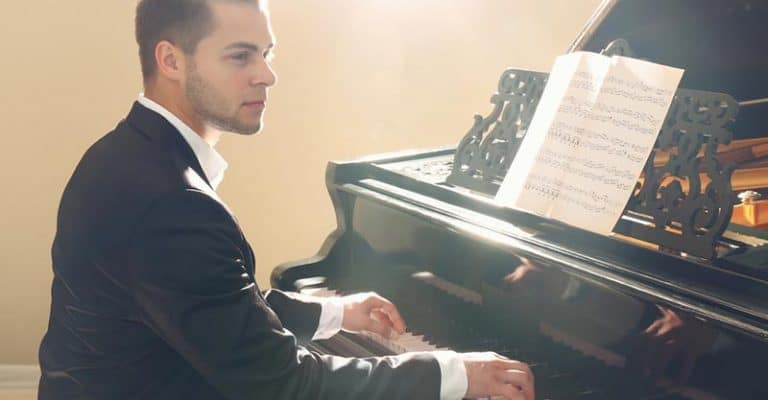 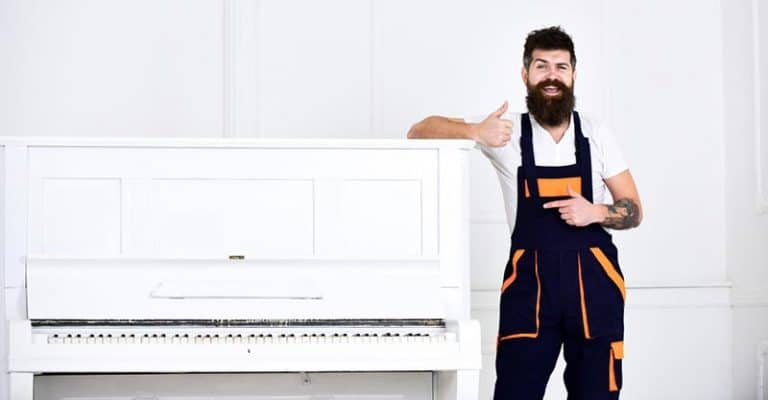 Having an acoustic piano in your home is a treat. Having to move it is not. Throughout my childhood, I practiced on my grandmother’s 70-year-old upright piano – it didn’t stay in tune and some of the keys had chips in them, which would make my hand bleed. I still loved playing it and whenever…