If you like action, cars, and crime, then The Fast and the Furious is the movie for you. The thrilling car chases, street racing, souped-up cars, and theme of family make this movie series popular wordlwide.

Just as popular as the franchise, the soundtracks to each movie have been major hits on the Billboard charts. The Fast and the Furious franchise has showcased Spanish and Latin artists right from the beginning.

Today, we’re going to look at look at the best Fast and Furious songs in Spanish.

Bandoleros translates to the word bandit. The song talks about what people think of this young man and his attitude towards their opinions. Many accredit the artist for bringing Puerto Rican hip hop to the forefront of the American music industry and opening the way for other Puerto Rican artists and other Spanish and Latin authors worldwide.

“Conteo,” which means “counting” in English, is a fast-paced song featured in The Fast and the Furious: Tokyo Drift. This 2006 second single from Omar’s album King of Kings is available in Spanish lyrics and an English translation.

As Omar counts money, cars, gangsters, and broads, it’s easy to see how the song fits well with the movie’s theme of illegal car racing and crime. The fast-paced, popping beat will have you on your feet and singing along.

Recorded by Blavin and Pitbull in 2007, this single is full of Spanish and Latin talent with Blavin’s Colombian descent and Pitbull’s Cuban descent. The song also features Cuban singer Camilla Cabello. Yet another fast-paced song appears on the Fate of the Furious soundtrack, the 8th movie from The Fast and the Furious franchise.

“Hey Ma” has two versions: the Spanish version dropped in March 2017, and the English version followed in April of the same year. The song received a Latin Grammy Award nomination for Best Urban Song in 2017, and while it didn’t win, the steamy collaboration reached the Top 10 in Spain.

Pinto Wahin's song, “La Habana” is everything Cuba. When you think of Cuba, a picture of American cars from the 40s and 50s pops up and the long Malecon strip. The scene of cars and waves from the ocean hitting the Malecon walls never gets old. This ode to Cuba was the perfect song to play in the background during the iconic car race scene in Fate of the Furious, the 8th installment of the series.

Making another appearance on our list of Fast and Furious songs in Spanish is Pitbull, with an unlikely collaboration from. For the song “Blanco,” the musical duo of American rapper Pitbull and the sweet-voiced American musician and songwriter Pharrell works because the video has racked up over 15 million views since its release in 2009.

The Fast and the Furious movies have memorable party scenes, and the high energy of “Blanco” and its strong theme of sex and money fits the movie.

Carlinhos Brown is a singer from Brazil, and his music is a combination of styles, including Latin, Funk, Reggae, and R&B, which mesmerizes audiences. Before ever hearing the words, the music and the choice of instruments transport you to Brazil, and it has that classic Latin sound.

“Carlito Marron” is about a poor boy and his experiences in life, meeting a young girl in pursuit of happiness, and what happens to them afterward. “Carlito Marron” was another excellent selection for the Fast Five soundtrack, given its theme.

“Danza Kuduro” appears in Fast Five and combines the Spanish and Portuguese languages. Don Omar is Puerto Rican, so his native language is Spanish, and Lucenzo is originally from Portugal, thus the usage of Portuguese in this song.

The upbeat dance tune of “Danza Kuduro” comes from the African country of Angola. This song describes the moves of the kuduro dance, which are bold and vibrant. The song topped the charts in many countries and received 5x Platinum status in the United States alone.

This song is quite different from most of the songs he has done for these movie soundtracks. In this track, a woman wants to make him part human, part machine; she takes him by force and has mechanical things put into his body.

J Balvin is a Colombian singer, often referred to as “The Prince of Raggaeton,” and the Guinness Word Records even recognized him as a leader in second-generation reggaeton.

“Ay Vamos,” translated in English as “Here We Go,” appears on the Furious 7 soundtrack. In 2015, it won the Best Urban Song at the Latin Grammy Awards. The song describes the ups and downs that all relationships go through, but with dedication, the couple's relationship remains.

“Meneo” is a cheerful dance beat by Fito Blanko, an acclaimed Panamanian-Canadian artist who earned a star on the Mississauga Walk of Fame. This song describes love and body moves and appeared in Furious 7.

“Meneo” received several American and Latin awards, such as #1 Billboard Hot 200 and #3 iTunes Charts in Japan.

Columbian singer and songwriter Obando, also known as Sebastián Yatra, was born in Medellin, Colombia, and grew up in Miami listening to electronic music. His love of the turntable was formed in his early years watching his father, DJ Watchout. He decided to follow in his father's footsteps and become a DJ.

“Batalha” sounds like a cross between R&B and rap music, and it gives you a nice 90s music feel. Obando's song plays in the gripping opening scene of the 2011 film Fast Five.

“How We Roll” by Don Omar

Don Omar makes our list of Fast and Furious songs in Spanish once again with “How We Roll.” Released in 2011, there are two versions of this song, one by Don Omar on his iDon album and the other a remix with Don Omar featuring other artists like Busta Rhymes. The one by Don Omar, also known as El Rey, is the original version, and most of the lyrics are in Spanish, while the remix is in English. Both versions appear in Fast Five.

“L. Gelada” is written and performed in Portuguese by a Brazilian rapper MV Bill. MV Bill is a conscientious rapper, often writing about the negative side of selling drugs. Unlike some artists, he does not glamorize crime. In real life, he is an activist and works hard to keep the youth in Rio de Janeiro off the streets.

The theme of “L. Gelada” involves the drug life, but the point of view MV Bill portrays is the torment the mind goes through making decisions to buy, sell, and distribute and emotions such as guilt.

“Desabafo” is a collaboration between two Brazilian entertainers, Marcelo D2 and Claudia. Both artists have been performing for many years. Claudia is the original singer of the world-renown song, Don't Cry For Me Argentina. “Desabafo” is an upbeat song, and the title means “vent,” – and that is what the artists do. In this single, released on the Fast Five soundtrack, they vent about life's problems.

Amenazzy is a Dominican rapper whose style combines R&B and reggaeton. In this song, he collaborates with three other Spanish artists from the Dominican Republic and Puerto Rico; Farruko, Myke Towers, and Rochy RD.

The title of this song says it all. “Rapido,” translated from Spanish into English, means fast, and this song is just that. It also has a lot of sexual undertones that pair well with the F9 movie.

Anitta is a singer from Brazil who performs songs in English, Spanish, and Portuguese. In 2019 she released a trilingual album and was nominated for Best Urban Music Album at the Latin Grammy's.

“Furiosa,” translated from Portuguese, means “furious,” and the theme of this song falls in line with the F9 movie soundtrack.

Jarina De Marco is a Brazilian/Dominican entertainer who performs in Portuguese, Spanish, English, and French. Her music is unique in that it crosses all borders and cultures.

“Mala” is written and performed in Spanish. It is an interesting song that De Marco that she eventually released as a single.

Sohanny Sua of the Dominican Republic and Jiggy Drama of Colombia collaborated to release this fast-paced song, “Con Locura.” The title translates into “With Madness.”

The song does not describe racing in particular; however, the world of illegal racing is one of the most hyped-up, madly-stimulating competitions in the sports arena.

“Gallego” is the language of the Galician people who live in the northwestern part of Spain. This tune by Don Omar comes in the form of an older man reflecting on his life and giving a  younger man advice.

The title of the song indicates that the man giving advice is Galician. “Gallego” is one of the tracks on the Bandoleros album, which is the soundtrack for the Fast and Furious movie by the same name.

“Ella Anda Sola” means “She Walks Alone,” when translated, and Don Omar brings another hit to The Fast and the Furious table. This song tells the story of a girl that a guy has always dreamed of having, but lately, her behavior has him questioning her integrity.

“My Space” by Don Omar Featuring Wisin and Yandel

Don Omar once again makes our list and closes it out with a collaboration with two other Puerto Rican entertainers, Wisin and Yandel. Originally written when the social media platform MySpace was popular, the song is about a guy in love with a woman based on the written communication between them. Eventually, she ghosts him on MySpace because she is no longer available.

The Fast and the Furious franchise is loved worldwide. Since the first movie release in 2001, the franchise is best known for its jam-packed, full-of-action, high-speed racing and chasing. Each movie has a soundtrack that crosses over musical genres and is beloved by listeners everywhere.

Performed by some of the best Spanish and Latin artists, these Fast & Furious songs in Spanish feature some of the best tunes and fast-paced lyrics. These musicians have added their local sounds with artists from countries like the US and Canada to produce an ear-popping new sound that hits the charts. 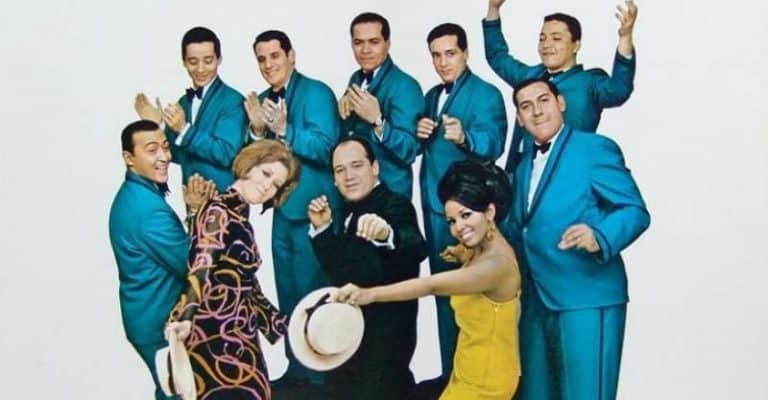 The 1960s was an incredible time for music. From rebellious rock and roll to funky soul, musicians created some of the best hits of this decade. We have compiled a list of some of the best 60s songs to fuel your groove. 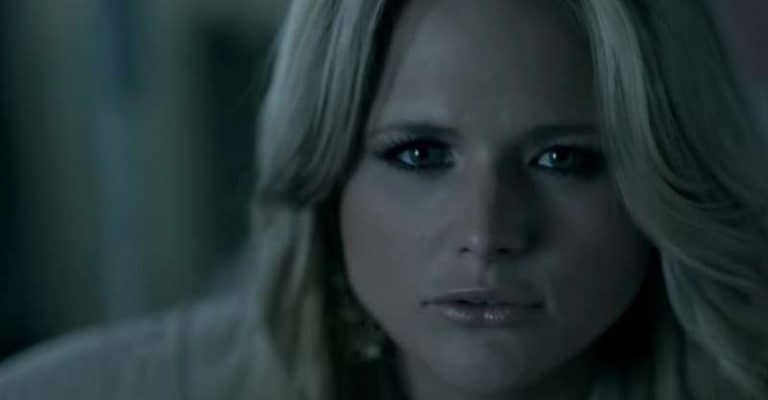 Typically when we come across a song that captures our attention, it’s usually the result of a beat or maybe even a catchy hook. But what about those times where you want to be immersed in a song that not only sounds good but that challenges you emotionally and profoundly through a story. The best… 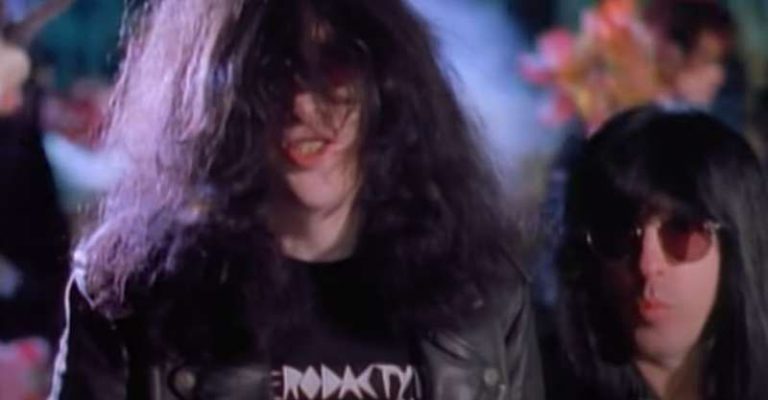 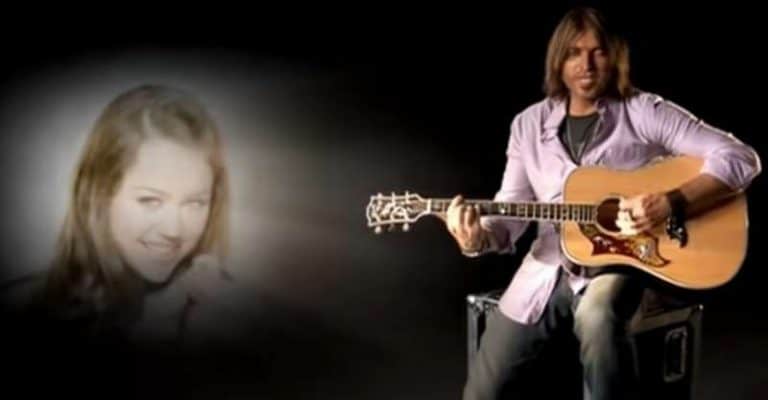 There’s nothing like the love between a father and daughter. This bond is why the father-daughter dance is a time-honored tradition of great significance. Whether it’s a tearful slow dance at her wedding or a lively soul song for your get togethers, our list of the best father-daughter dance songs will guide you to the… 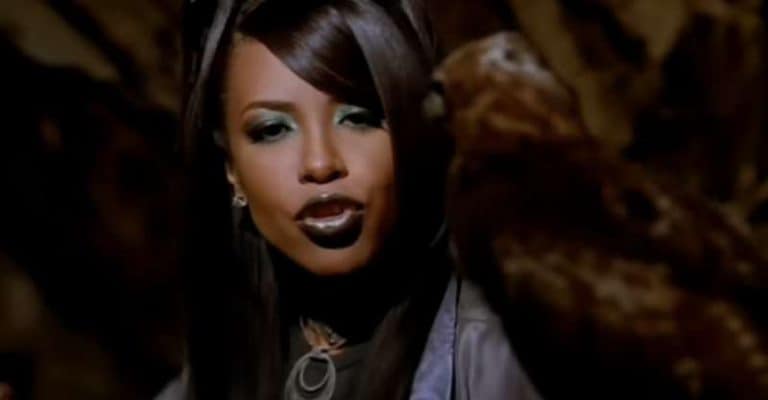 Whether falling in love, heartbroken, hopeful, or longing, music is there through all life’s moments. It only makes sense that music can ask universal questions, too. We’ve compiled the best songs about questions. Hopefully, these songs offer a little melody and comfort to life’s questions. 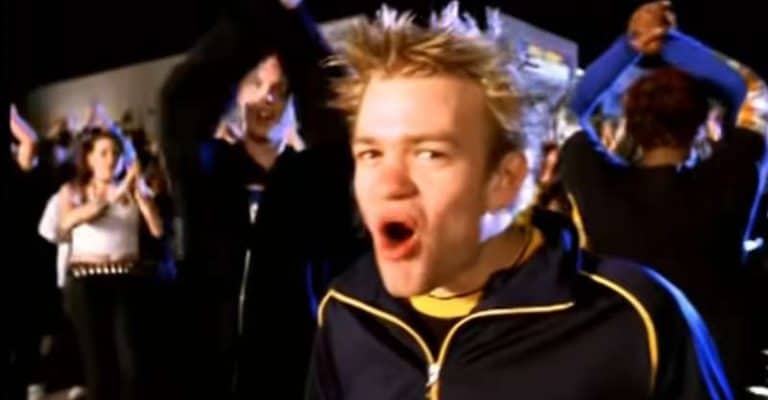 Psyching yourself up for a workout can take a lot of convincing sometimes. Instead of relying on yourself, consider making the ultimate playlist with these some of the best workout songs of all time. Turn it on, turn it up, and you’ll have your heart pumping in no time.