You’ve got a few packs of strings on hand, but they’re all different brand… What should you do?

If you’re new to restringing your guitar, then you’re bound to have a variety of questions. And in this guide, we’ll look at whether it’s okay to mix guitar strings from different brands.

Can You Mix Guitar Strings From Different Brands? – Quick Answer

For the most part, this doesn’t represent a major issue.

Let’s say your electric guitar is equipped with a pack of standard D’Addario 9-gauge strings.

But because you already used up your high E string (maybe you needed a quick replacement at your last rehearsal), you don’t have another high E D’Addario string. But it just so happens that you have a Fender 9-gauge high E.

The string itself may look different, sound different, or even perform a little differently. But aside from those relatively minor differences, there is no issue with mixing guitar strings with different brands.

There are some exceptions, however, and we’ll cover those in the remainder of this guide.

Is It Time To Replace All Your Strings?

Most guitarists replace all strings at once, especially after breaking one.

Some guitarists replace one string at a time as needed.

Assuming you know what you’re doing, there are no issues with either approach.

But as my guitar teacher always told me, “once you break one string, the rest aren’t too far off.”

How effective is it to replace one string at a time? Not overly, since your new string will sound much brighter and livelier than your old strings.

This isn’t much of an issue if you’re practicing alone. Another matter entirely if you’re performing or recording.

So, if you’ve broken one string, it would be a good time to consider replacing all of them.

What About Different Gauges Of Strings?

Sometimes, you’re in a hurry and just need to replace one string. You might not have the right gauge, but what the heck, it’s more important that you can play your guitar than whether you’ve got the right gauge of string, right?

If you’re in a pickle, there’s generally nothing wrong with this. Will the oddball string affect your guitar’s action or overall tension? Maybe, but usually not in a noticeable way. This is not a good long-term solution, but in the short term, no big deal.

You’d still want to use a similar gauge string though. Putting a low E where a high E should go (or vice versa) is bound to cause issues. Either the string will be too loose, or too tight, causing issues with action, tuning, and playability.

Generally, going from a 9 gauge to 10 gauge isn’t going to do any damage to your guitar, but it might be a different matter entirely going from 9 to 12.

The ideal is always to get your guitar set up by a professional whenever you’re thinking about changing string gauge. They can set up your guitar to manage the added (or lessened) tension and set the string action at a height that works for you.

What About Different Types Of Strings?

Putting a nylon string on an electric guitar is inadvisable, since nylons have been designed with classical and flamenco guitars in mind. You might not even get a sound out of your guitar because of how pickups work (they’re basically magnets).

You can get a bit of sound out of nylon strings on an electric guitar if you’re using a piezo pickup, but I promise it’s nothing special.

Generally, it’s good to match the type of string you’re using to the guitar, as well as the strings it’s already equipped with.

That said, it’s fine to exchange current strings with strings that are made of the same or similar material.

So, it’s always good to be mindful of the gauge of the string as well as the material it’s made of before replacing it.

Do Strings Really Affect The Tone Of The Guitar?

Sure, they do. Some guitarists would probably argue that they make a bigger difference than the tonewood.

To be able to play like Vaughan on standard 13-gauge strings, you’d have to be a beast. Even Vaughan didn’t use straight-up 13s, and his third string wasn’t wound.

If Vaughan felt it so important to experiment with different strings, and his playing and tone are largely considered some of the best, then it would be worth it for you to pay attention as well.

Even the age of the string makes a big difference. Older strings tend to be dull and lifeless. Worst case, they don’t even hold tune.

New strings are usually brighter, livelier, and can even boost your output.

That said, which is better is apparently a matter of preference, since the late and great Eddie Van Halen loved playing on older strings. Because of that, he would frequently break strings on stage and his tech would hand him a different guitar once he finished playing a song.

If you’d like to go a little deeper into how different strings affect tone, you might enjoy this video:

Yes, they do (but not necessarily for the reasons you’d assume), and their overall performance can vary.

My personal experience is that Fender Super Bullets are longer lasting than the ever-popular Ernie Balls.

And Super Bullets feel different than D’Addarios. They sound different too.

If you have yet to embark on your personal journey of experimentation, then I would recommend it. Fender Super Bullets became my favorite electric guitar string after much trial and error. I did not arrive at them overnight.

As you play with different strings, you will notice a difference, and based on your preferences, you will probably end up selecting a specific brand and model that works best for you.

Can You Mix Guitar Strings From Different Brands? Final Thoughts

For the most part, it’s fine to mix different brands of strings.

Strings will affect the tone of your instrument, and if you’re mixing old and new strings, this will be more noticeable.

If you’re going to be mixing different gauges or types of strings, then make sure you know what you’re doing. Nylon strings, for example, don’t work on electric guitars, because electric guitar pickups are magnetic, and magnets do not respond to nylon.

We hope you found this helpful. 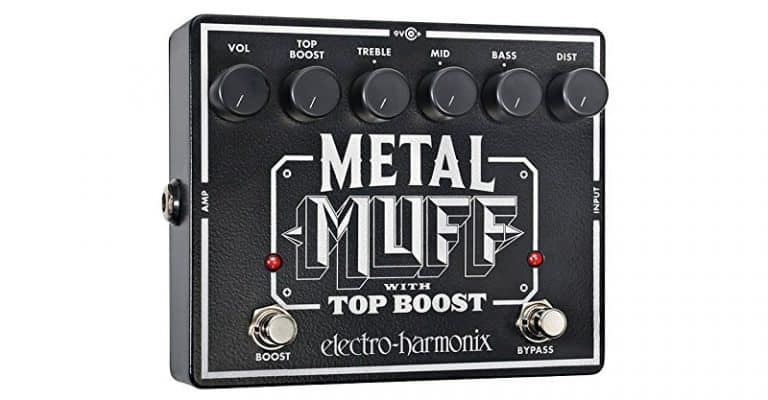 There are many ways to achieve a great guitar tone. Everybody has their own approach. From amps and effects to guitars and VST plugins, there are so many options to choose from these days. But many metal players love using distortion pedals to achieve their sound. It’s no surprise, because combined with your amp, you… 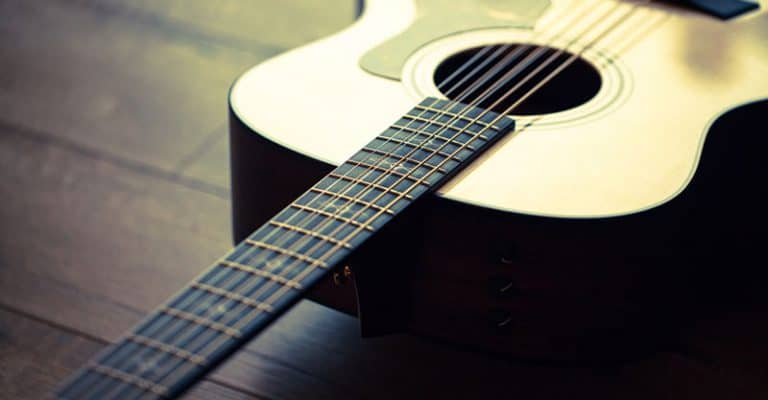 Learning music can open an exciting new world of possibilities. As you’re getting started on the guitar, you’re bound to have many realizations as well as questions. I remember when I first got started. The instrument positively fascinated me, and as I saw my heroes playing on TV, I began wondering all kinds of things….

The electric guitar rose to popularity in the 50s and hung on for dear life in the decades that followed. Arguably, it’s still one of the most important, most popular instruments today, even though the dominance of EDM can’t be denied. And through the decades, there have been plenty of incredible electric guitar songs that’ll… 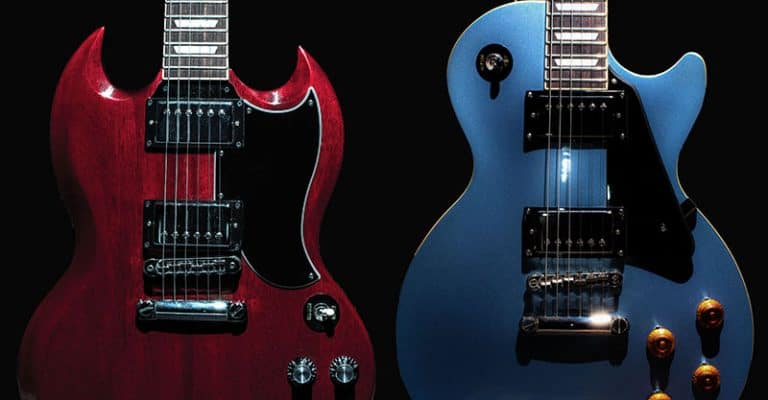 When it comes to the Gibson line of guitars, the SG and the Les Paul are by far the most popular. Each of these guitars has played a vital role in being the choice axe for many famous guitarists. But, which one is better? What is the difference between these two iconic guitars? We’re going… 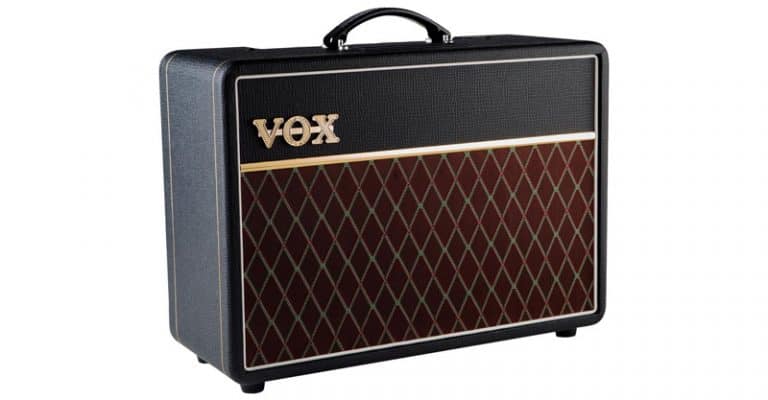 When it comes to lead guitar, there are certain techniques you need to master. Whether you’re trying to learn your favorite guitar solo, or you’re looking to add some flare to your band’s songs, if you don’t add any feeling to your lead playing, you’re not going to come off sounding like a pro. “Feel”…