You are here: Home / Music Product Creation / Best 14 Canadian Recording Studios You Can Book For Your Next Project 2020 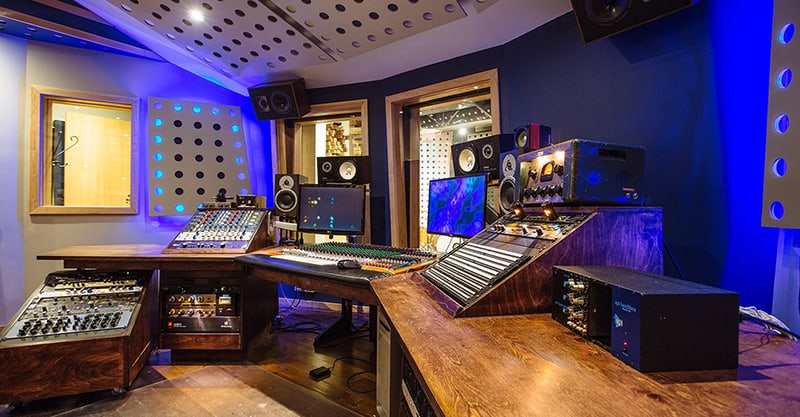 If you want to publish your music, first it must be recorded.

Today, you have no shortage of options. You could set up a home studio and record your project yourself. You could record in your friend’s project studio. You could even collaborate on a recording project online. But one of the best ways to create a quality product is still to work with a professional studio and engineer.

Fortunately, even in the professional world, there are a good range of engineers, producers, and studios you can choose from. There’s a good chance you can find a studio that will accommodate your budget, assuming you’re willing to take the time to look.

Canada doesn’t have a big population by any means. Its 36.29 million population makes it about one-tenth the size of the United States, with a population of 325.7 million. But that isn’t to say there isn’t a lot of great artists and music coming out of Canada.

There are also a lot of great studios across this big country of mine, and there’s no way I could even mention all of them here. But here are 14 of the best Canadian recording studios you can book for your next project.

With nearly three million people, Toronto is the biggest city in Canada and one of the largest in North America.

If you’re thinking about recording in Canada, Toronto should be at the top of your list. There is a lot of great music coming out of Toronto, and I hear it’s a great place to visit too.

Here are a couple of the best recording studios in Toronto. 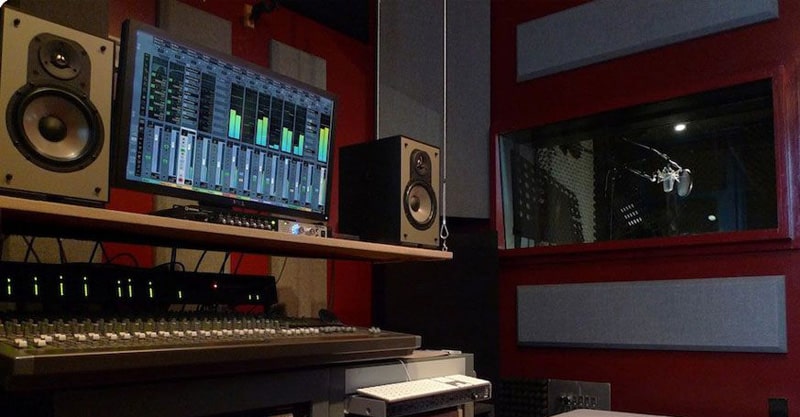 It’s hard to nail down the best studios is Toronto, if only because, as you can imagine, there are more than a handful. Its population of three million supports a lot of creativity.

JL Recording Studios is worth mentioning because they have great gear, acoustically treated rooms, their prices are reasonable, and they offer more than just music production for those who might be looking for voice-over recording, multimedia recording, or podcast production services. Plus, their reputation is solid.

JL should be considered if you’re looking to record in the Toronto area. 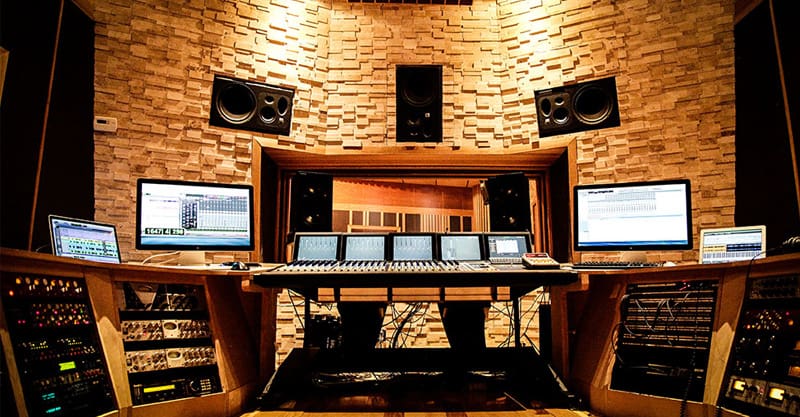 This beautiful studio took 18 months to build and was crafted with Indonesian Mahogany wood. You can tell that a lot of thought and energy was put into every detail, every nook and cranny of the construction of this studio.

They have a lot of great gear, and accommodate music, post-audio, video, and other projects. Their studio rates are a little high, as you might expect, but if versatility and a beautiful sound is what you demand for your project, you might consider checking out the Rose Room.

The Greater Montreal area is more populous than Toronto and is a hotbed for jazz music (the Montreal International Jazz Festival is among the most known jazz festivals in Canada). Quite simply, there’s no better place to be in Canada as a jazz musician.

Here are a couple of studios that are worth checking out if Montreal is where you’ve landed. 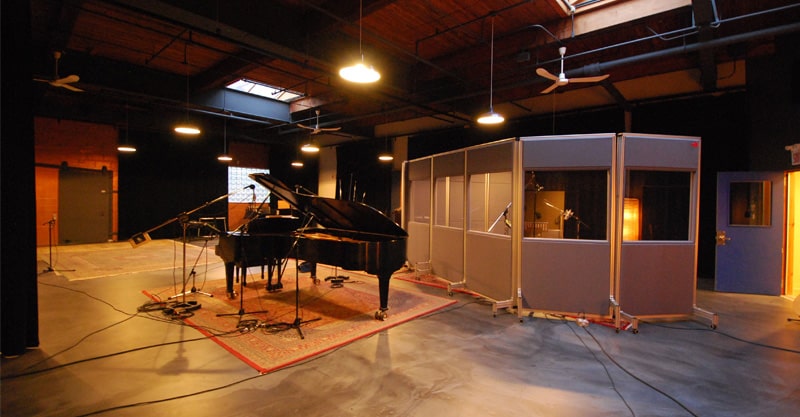 Studios Piccolo has got a strong reputation, three studios, has worked with a lot of notable artists, and has great equipment to boot.

Navigating their website can prove a little challenging unless you understand French, however. Be forewarned.

Their customers have had a lot of great things to say about them, so you know you can trust them with your next project. 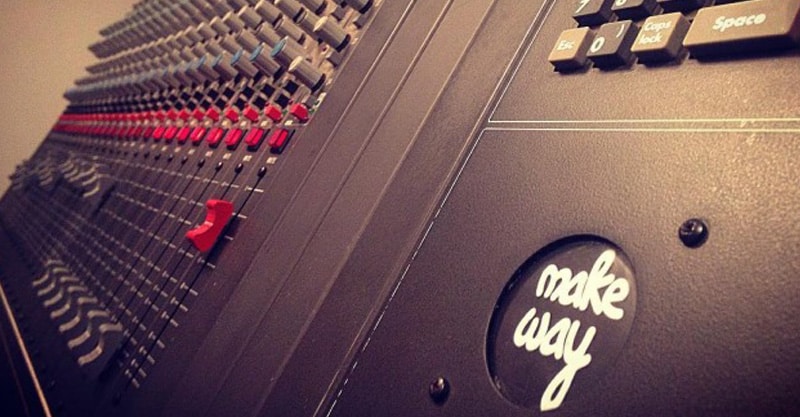 MakeWay is more than just a recording studio, as they also offer web design and photography services. If you think you might need a little help with your branding, or could use some new artist photos, you might consider taking advantage of their other helpful services to market your music.

Their rates are also very reasonable, making them a valuable resource for musicians in Montreal.

Sometimes referred to as “Hollywood North”, the entertainment industry has a strong presence in this ethnically diverse coastal city with a population of 631,486.

Clearly, you can’t talk about Canadian studios without at least touching on what’s available in Vancouver.

So, here are a couple of studios to check out if you find yourself on the west side. 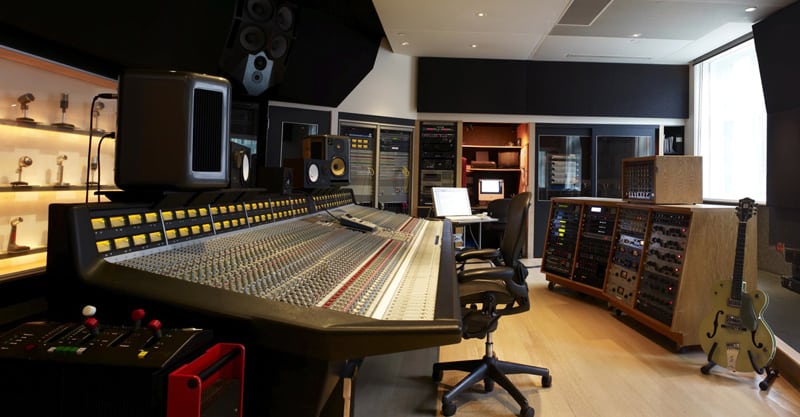 The Warehouse features four studios on three floors in the historical Oppenheimer building.

Guitarists can geek out on the various vintage amps available, audiophiles can marvel at their selection of amazing microphones as well as their analog-digital approach, and artists can record in a unique and inspiring environment.

They note that their rates are fair and reasonable, but there’s no way to find out without giving them a call. 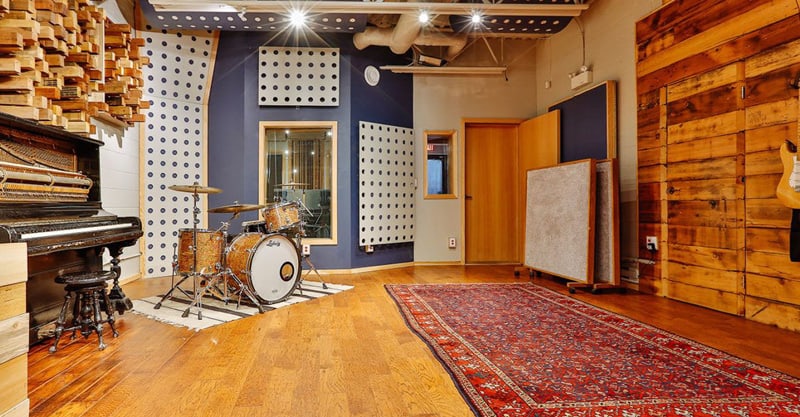 Blue Light is a custom designed space that features two studios, three production suites, a kitchen, lounge, and patio. If you’ve ever wanted to record your project while enjoying the picturesque mountain views from Vancouver, you’ve found yourself a match made in heaven.

Customer sentiment for Blue Light is overwhelmingly positive, and their rates are quite good. This is the perfect studio for mid-level projects.

The capital of Canada has a population of almost one million, and the Ottwa-Gatineau census metropolitan area (CMA) has roughly 1.3 million.

Supposedly, Ottawa has the second highest quality of life in any city in North America, but I can’t confirm or deny this. You’d have to check it out for yourself (I’m kind of curious now).

Not surprisingly, they do have a good selection of recording studios to choose from – here are a couple worth looking at. 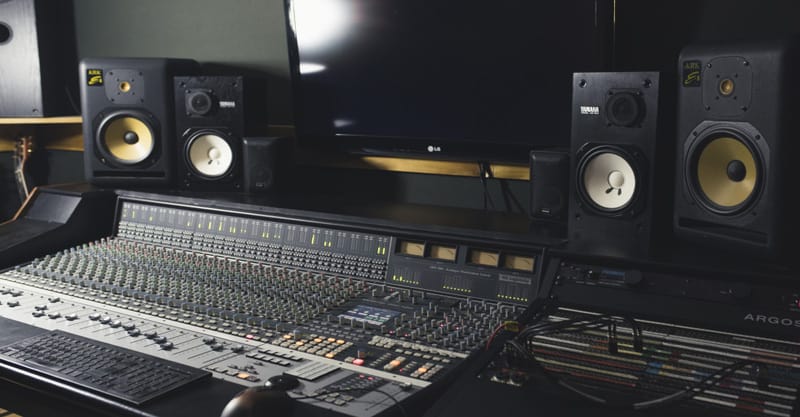 You’ll need to contact them regarding rates, but you can also book a tour with them if you’d just like to see what the studio is like and find out if it’s right for you. 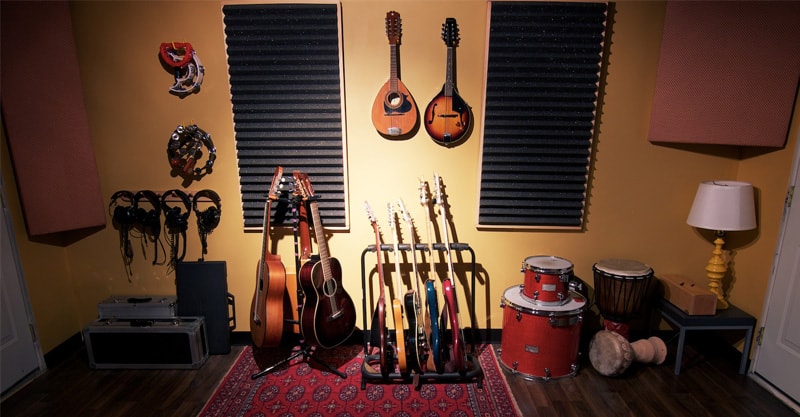 Gallery Recording Studio has a good selection of gear, an attractive studio environment, and has received quite a bit of press. They have an excellent reputation overall mostly thanks to founder Dean Watson and are worth checking out if you’re in Ottawa.

Calgary, most known for the Calgary Stampede, the “greatest outdoor show in earth” (essentially a summer rodeo), is where I currently reside.

The population has fluctuated considerably in the 20 years I’ve been here, but it’s been home to over a million people since 2006.

It’s still a bit of a “nothing town” to be perfectly honest, but there are pockets of culture here, and a surprisingly diverse music scene.

Here’s where to record if you’re in Calgary. 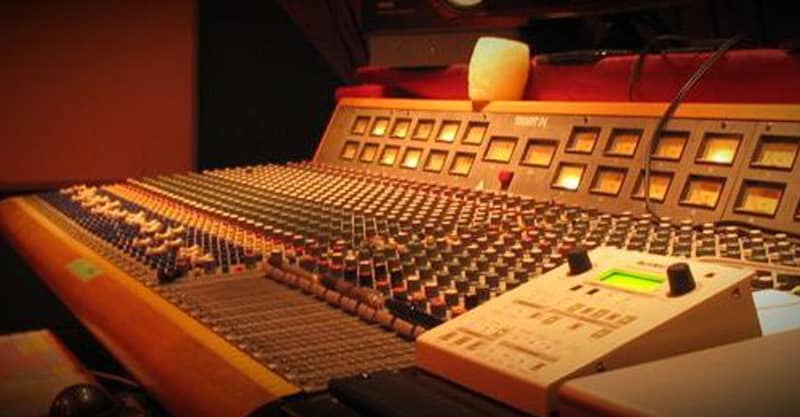 There’s no way for me to be objective about which studios are best in Calgary, because I’ve had my share of personal experiences, and I’ve met a lot of the people who run these studios.

My top recommendation in Calgary goes to MCC Recording Studio, and yes, this is partly because I know the person who started Music Centre Canada (or MCC), but I also know they have great gear, have won many awards (especially in the country category), and their rates are more than reasonable.

If in Calgary, this studio is worth a look. 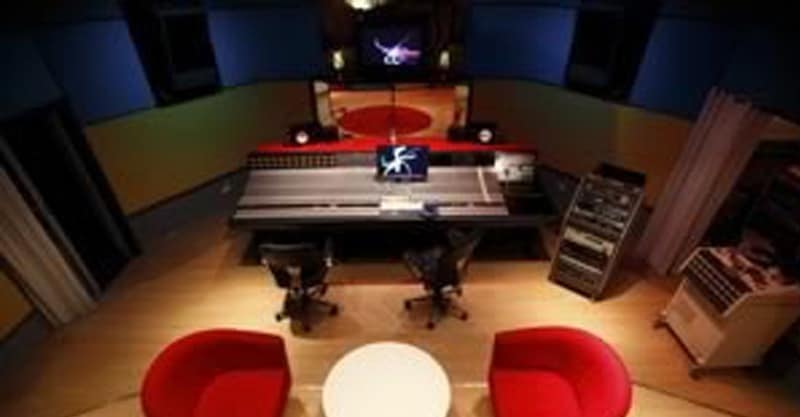 In the last couple of decades, it has largely become unnecessary for independent musicians to spend top dollar on big budget recording studios.

It’s impossible to talk about Calgary without mentioning The Beach, because they have Studios A through C (The Big Sur, Laguna, and Studio Sea), a huge list of clients (including the likes of Finger 11, The Tea Party, Usher, and many others), and a knowledgeable and experienced staff.

There’s no denying you will get great quality recordings at The Beach. But you better have a big budget to spend with this big budget studio. 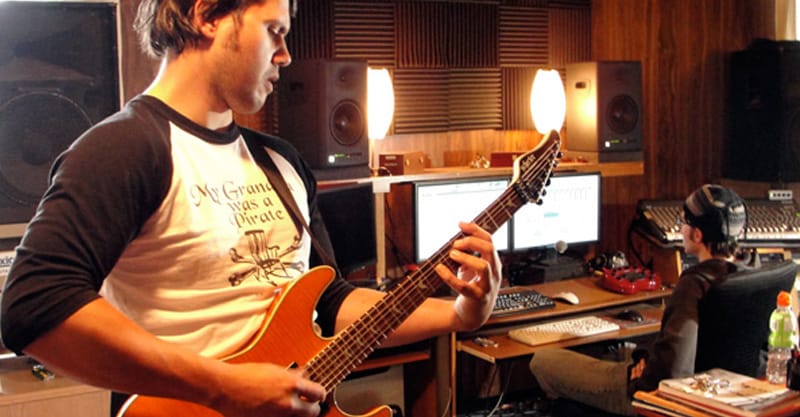 Although it has gotten some mixed reviews, Alchemy Studios is worthy of your consideration, particularly if you’re an independent artist with a smaller budget.

They’ve recorded music in a variety of genres, including metal, rock, acoustic, hip-hop, and more.

My initial impression of them was they were primarily a metal studio. But it was over 15 years ago when I last recorded some tracks with them, and things could have changed since then.

Edmonton has a population of nearly one million, and 1.3 million in the metropolitan area.

As with Calgary, it’s a bit of a “nothing town”, and is a mere three hours away by car.

But sometimes it is referenced as being a more artsy city than Calgary because of the various festivals and support for the arts.

Here are some recording studios worth checking out in Edmonton. 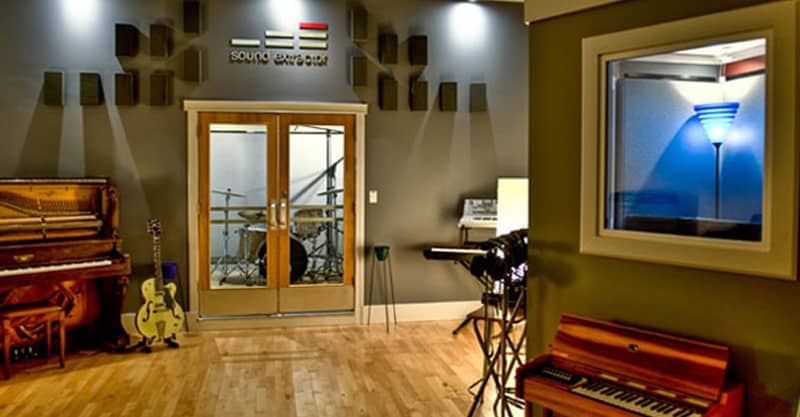 Sound Extractor is a beautiful, state of the art recording studio complete with a lounge equipped with kitchen and dining area, wireless internet, and a widescreen TV (access to DVD player and video game console as well).

Their equipment selection is considerable, and they’ve worked with a lot of artists. Customer sentiment is also excellent overall.

If you’d like to find out what their rates are, or arrange a studio tour, you’ll need to get in touch with them directly. 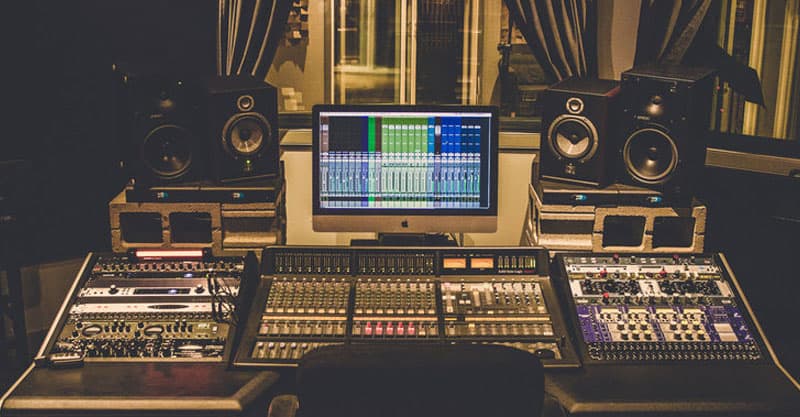 Velveteen can assist you with pre-production, tracking, mixing, and mastering. They also do a bit of social media marketing and offer equipment rentals on the side. I have no doubt some musicians ask about social media, so they’re smart to offer a little help in that regard. This is worth a look if you want to boost your online presence.

Velveteen’s customers have had nothing but good things to say about them. Check them out if you’re in the Edmonton area.

Most if not all studios will happily accommodate hip-hop artists.

But therein lies a bit of a challenge. Not all studios or engineers are geared towards hip-hop.

This doesn’t mean you won’t get a great quality recording no matter where you go. It just means you’ll probably get a better-quality product working with someone who understands the nuances of the genre.

So, here’s a studio worth checking out as a hip-hop artist. 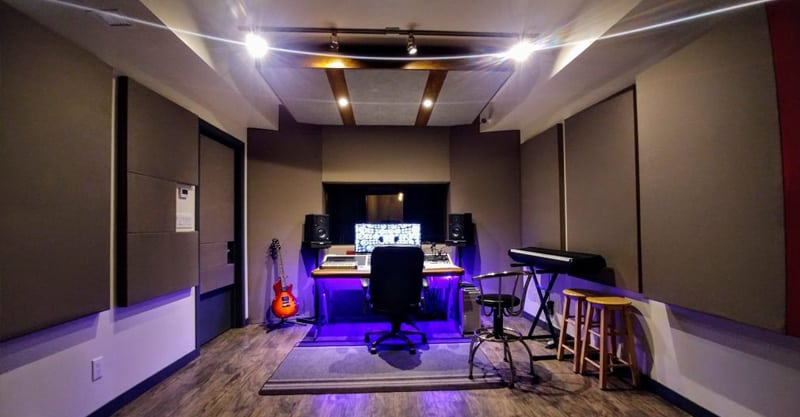 MH Studios is one of the top-rated studios in Toronto.

Their services include recording, music production and sound design, mixing and mastering, DAW and plugin tutorials, and more.

If you can’t get out to Toronto, of if that’s not where you’re planning to record, then simply ask around in your locality. You never know – you might find a prolific hip-hop producer slaving away in his basement making beats a few blocks away. 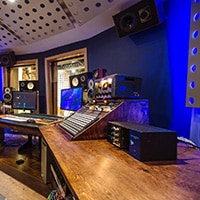 I believe the number one thing to prioritize is relationship. And what I mean by that is you should find someone you connect with.

As is common in the musical world, you might come across engineers who are arrogant or prideful about what they do. You might meet others who only care about their studio making money.

The best studio to book with is one that demonstrates a clear understanding of what your needs are and cares about making your vision a reality. It can be painful working with engineers who either don’t get it or just don’t care.

Aside from that, budget is always an important consideration, and equipment might be a factor if you’re familiar with amplifiers, microphones, rackmount effects units, and so forth.

One more intangible is comfort level. If you’re about to go into a recording studio for the first time, it’s worth finding a place where you can imagine yourself giving the performance of your life. If you end up feeling uncomfortable or tense, you’re not going to sound as good as you’re capable of sounding.