You are here: Home / Guitar / How To Avoid Bad Guitar Technique For Beginner Guitarists 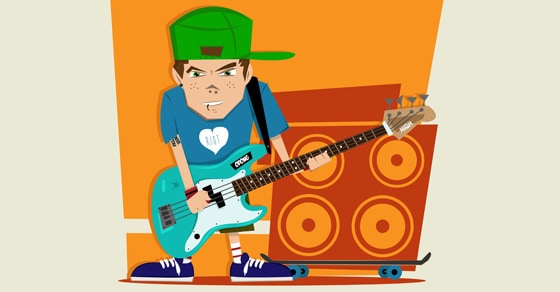 Proper guitar technique is all about establishing the right habits, and habits don’t stick unless you reinforce them through repetition and focused attention.

Beginner guitarists typically need to be more reflective and granular in their approach. It’s about paying attention to every little detail, and getting a clear, crisp sound out of every note you play.

While it’s often best to get affordable and professional guitar training, here are several things you need to do to avoid bad guitar technique.

Accuracy is one of the keys to learning to play the guitar well. It’s something anyone can learn, but in my experience, many beginners tend to need a lot of guidance and reminding in this area.

Master guitarist Eric Johnson has what he calls “the sweet spot” on each fret of the guitar. I agree with the general sentiment, but there’s no need for beginners to be thinking so deeply about this subject.

What you want to do is place your fingers as close to the frets as possible. If you’re too far from the fret, it becomes harder to apply the right amount of pressure to get a clear sound out of the string. If you’re on top of the fret, some unintended buzzing can occur.

Whenever you’re playing single notes on the guitar, you should always look to make sure that your finger is hugging the fret. Don’t forget that you also need to apply a certain amount of pressure to get any sound out of the string. It’s probably less than you think it is, but more than you might be naturally inclined to give.

Slightly different rules apply for chords, where it may be a physical impossibility to have all of your fingers right against the frets. The general guideline here is that whatever finger is foremost on the fretboard should still be as close to the fret as possible without sacrificing the position of the other fingers.

You have four fingers and a thumb. You might as well learn to use what you’ve got, right? This is good technique when playing guitar.

What many beginners do is hunt around for notes using one or two fingers (kind of like the two-finger hunt-and-peck typing method). In the long run, you’re better off developing strength and dexterity in all four fingers.

Then it just becomes a game of subtraction. If there’s a scale or riff that involves playing the first fret and then the fourth fret, you would use your index and pinky to play those notes.

All you really need is a basic system, because when it comes time to play across the entire fretboard, different guitarists have different ways of handling various scales, licks, solos, or patterns. Of course, you should still take advantage of all of your fingers. 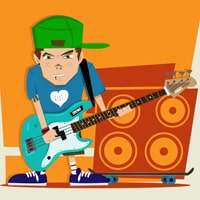 This is typically how I direct my students to hold their chosen guitar pick:


In addition, make sure to work on your alternate picking. This is where you pick one note with a downstroke, and then the next with an upstroke. Then just keep alternating.

Accuracy – not speed – is the goal of practice. Ironically, your ability to play a piece of music slowly and accurately will ultimately lead to you being able to play it at faster tempos.

Repetition is what allows our muscle memory to learn new riffs, scales, chords, and pieces and recall them at a moment’s notice. Ultimately, it has very little to do with “thinking”.

If you repeat something the wrong way long enough, it serves to reason that you’ll get better at playing it the wrong way too, right?

This is why it’s so important to practice slowly. Unless you want to have to completely re-work your bad habits later on, the faster route to mastery is practicing it the right way, the first time around.

Hold Your Guitar In A Comfortable Position

A lot has been said about holding a guitar, and some of the methods out there are quite good.

However, I don’t subscribe to the Classical school of playing where there is only one right way to do it (although using a footstool can be beneficial).

The key for me is comfort. If you’re not comfortable holding your guitar, you could risk injury, and that’s the last thing we want.

Students sometimes ask me, “how should I be holding my guitar?” I can clearly see that they aren’t used to handling the instrument.

Generally speaking, your guitar should be right up against your body. If you’re sitting down, it doesn’t matter whether it’s on your right thigh or left thigh as long as you adjust your arms accordingly.

Your fretting arm should look like a slightly upward looking “L”, and your picking arm should come in from an angle. Your instrument won’t feel entirely natural to you until you’re used to it, but if you’re hurting in any major way, you need to try something else.

Don’t forget to have patience with yourself. In due time, good technique will start to come to you naturally, and you won’t even have to think about it anymore.

However, you will have to be a lot more focused on proper technique early on. Make sure to give it the attention it deserves.