Vocals can sometimes end up being a bit of an afterthought in band practice.

It’s not as though everyone has a PA system sitting around in their basement.

But when a band gathers together, practices and realizes just how loud they are, they suddenly realize the vocalist needs to be heard too.

The good news? You don’t need to spend a huge amount of money to solve this problem. It’s why vocal amps and powered monitors exist. 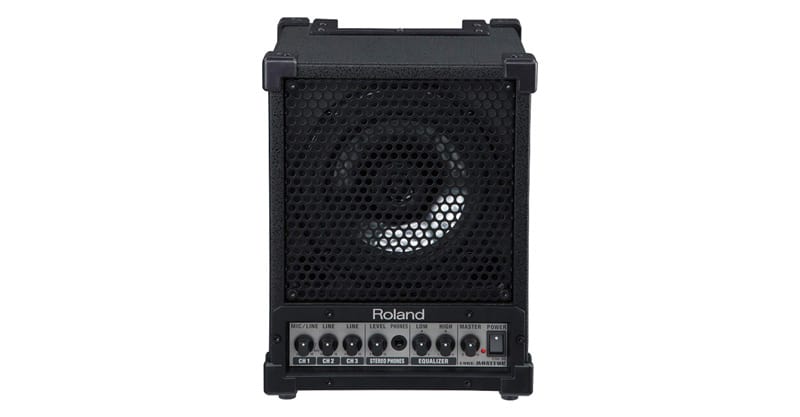 The Roland CM-30 is great for studio, stage and beyond. It’s a 6.5” coaxial, two-way speaker with a stereo preamp and 30 watts of output. This should give you a nice, clear and natural vocal sound.

Another great thing about the Roland is that it’s compact and easy to carry around. It weighs 12 lbs. but in the grand scheme of things, that’s not bad. Plus, it has a convenient carrying handle.

What makes this amp especially attractive is the three inputs with volume knobs, two-band EQ and even a master volume. The two extra auxiliary inputs are kind of nice too.

I’ve used the Cube series guitar amplifiers before, and while they aren’t the most amazing amps in the world, they are great for what they are, and at the price point they’re available. The same goes for this Roland, and it may even be one of the best vocal amps on the market, certainly at this price point.

TC-Helicon is known for their unique and powerful voice effects units (which sometimes come with a host of other features, like guitar effects and modeling, looping, etc.). Some people love them. Some people don’t. It all depends on your preferences and what you’re looking for in a vocal effects unit.

The VoiceSolo FX150 is a vocal amp that comes with all the basic effects – reverb, intelligent EQ and compression. The speaker delivers 150 watts of clear and crisp power, which should be plenty, even for noisy rehearsal sessions. It comes with a simple three-channel mixer and it even mounts onto your mic stand.

The digital mixer is stellar, helping your vocals cut through any mix and eliminating background noise in the process.

While not inexpensive, it’s cheaper than most portable PA systems, so the TC-Helicon is worth a look. 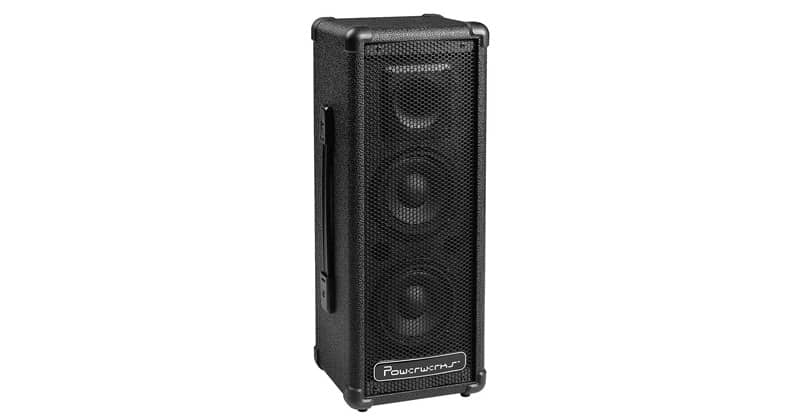 This unit is much closer to a PA than a vocal amp, but because it’s self-contained, it’s quite convenient, affordable and portable. The model without Bluetooth (PW50) costs a little less, so if you don’t plan to pair your audio player or smart device with the speaker, then that might be more your speed.

Each channel has dedicated level, high and low knobs, which will help you shape the sound of your voice, instrument or both. There’s also a dedicated master volume knob. The PW50BT should give you plenty of headroom to work with in small to medium sized venues. It could even be used for public speaking engagements.

For those who need more than just a vocal amp, the Powerwerks PA is a great option. 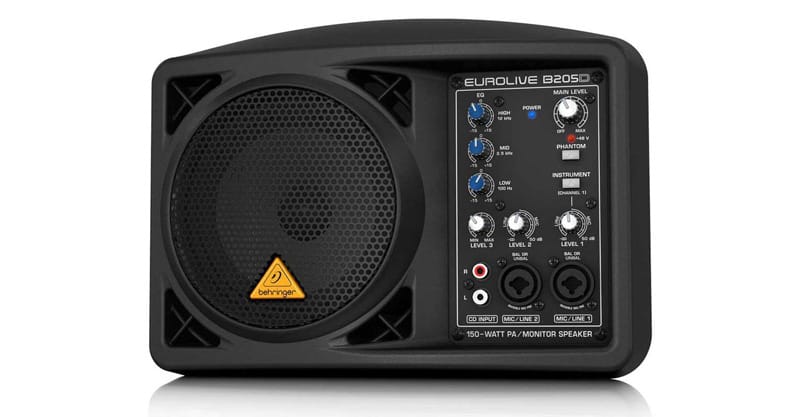 The Eurolive B205D is a multipurpose 150-watt speaker for vocal and keyboard monitoring and can also be used for multimedia (using the CD input) and other applications. This is a lightweight speaker with a lot of power. It comes with a 5.25” full-range neodymium driver, three-channel mixer with three-band EQ and two mic preamps with phantom power for condenser microphones, and one instrument-ready input (no DI necessary).

It may sound like a lot of hype, but the speaker does live up to it. It’s loud, clear, portable and quite spatially efficient. Unless you need something out of the ordinary, this speaker should do what you need it to.

Now, while this is a good piece of gear, I will say that I would be far more likely to pick up the TC-Helicon unit over this one. But to be fair, the Behringer is a little cheaper (as is often the case). Still worthy of being on this list, and certainly worth checking out. 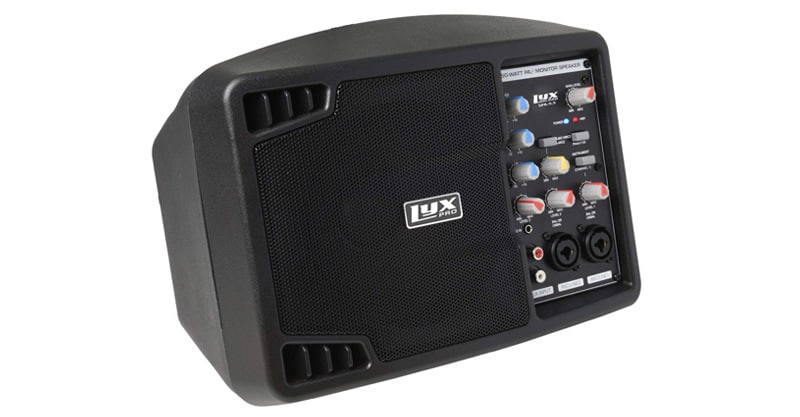 Here’s another alternative to the TC-Helicon or the Behringer – and there are plenty of them. The LyxPro is slightly more affordable than the ones already mentioned, and is a good budget option.

Since it boasts a Class-D amplifier, you could certainly say that it’s a direct competitor to the Behringer monitor just mentioned.

The SPA-5.5 comes with 125-watt RMS and a 150-watt speaker, three channel mixer and three-band equalizer, +48V phantom power, XLR, 1/4” RCA and 1/8” inputs, and instrument switch. The speaker can also be easily mounted on a microphone stand.

Now I am a tad skeptical of any speaker system that purports to be good for karaoke. Let’s just say karaoke systems aren’t exactly known for their quality. But if you’re not looking for anything fancy, I’m sure the LyxPro would do the trick. 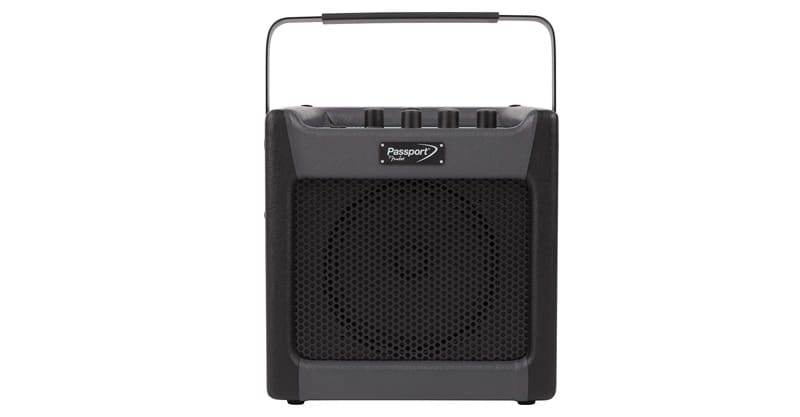 If you’re familiar with acoustic amps, then you know exactly what you’re getting into. The Passport Mini is a lot like an acoustic amp in the sense that it has an instrument channel and a vocal channel, which makes it perfect for self-accompaniment or singer-songwriter types.

As you can guess, this is a lightweight and portable amp, which makes it easy to bring to gigs. It can even be powered via battery or AC.

As for quality, despite being small, this amp sounds great. Fender has earned their spot on this list. 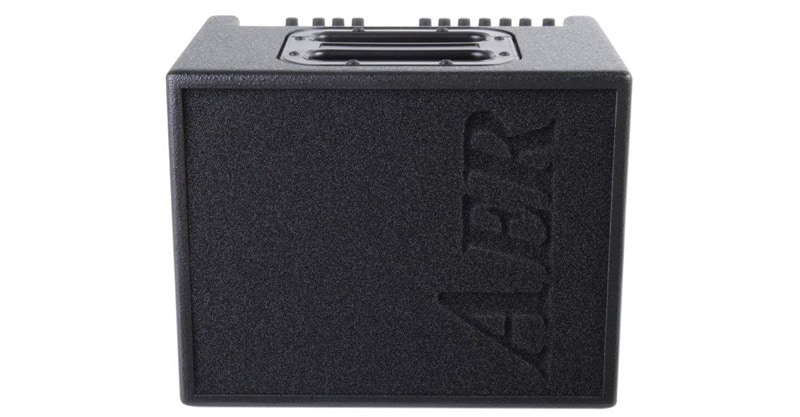 For those who want something more in an instrument/vocal amp. Dedicated vocal amps or personal PAs are still somewhat rare, but there are plenty of acoustic amps out there, and they can also help you push your voice out into the audience.

The AER Compact 60/3 is a top-of-the-line acoustic amp with a crystal-clear sound. So, if you’re a singer-songwriter, you’ll be hard pressed to find a better amp. It doesn’t look too shabby either.

At this price point, it’s hard to recommend this amp if you aren’t a guitar player and a singer. But if you take your sound seriously, you should check out what this amp can do.

What Should I Look For In A Vocal Amp? 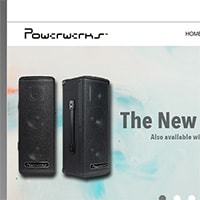 Still not sure which vocal amp is right for you?

There aren’t necessarily a lot of products to choose from, but certainly enough to make the decision a little tougher than it would be otherwise.

So, here are a few factors I would consider if I were thinking about buying a vocal amp.

Sound is probably the most important consideration here. If you’re in a situation where everyone else has monitors and doesn’t need to be able to hear you, a compact personal monitoring system should do the trick.

But if everyone in the band needs to hear you, that’s another matter entirely. You should invest in a quality monitor that has a clear sound with plenty of headroom.

So, it’s not all about how it sounds, as power is just as important. You need an amp that can provide enough volume to cut through other instruments.

Durability seems like an important element to me, because anything sitting on a floor is prone to getting kicked. You might end up dropping things on it too.

If you have your amp mounted to your stand, this generally isn’t a major concern. But if you’re going to be hauling it from gig to gig and rehearsal to rehearsal, it’s something to think about, especially since you’ll be mounting and unmounting it.

Check the reviews and see what you can find out about the vocal amp you’re interested in. Determine whether the product you’re thinking about buying is as durable as you need it to be.

I don’t think effects are super important, but if you’re planning to use the amp in a variety of situations, it’s nice to have the option. You may play in rooms that are relatively dead, so having reverb or delay is nice. Beyond that, vocal effects are largely unneeded and can detract from the sound (unless there’s a specific purpose to the effect you’re using).

Keep in mind that you should always tweak your sound to match the room. Sometimes even the best sound techs forget to do that and wonder why the sound changes from one day to the next. The venue plays a big part, but there are other factors, like atmospheric pressure, too.

Anyway, effects are mostly a nice-to-have, unless you’re planning to bring your amp everywhere you go. You may not need much in terms of effects in the practice room.

An Amp That Isn’t Too Hard On The Wallet

Budget is always an important consideration as it can help you narrow your options.

It is certainly possible to find cheaper amps than the ones mentioned here, but we’d be treading into “karaoke” territory, and you already know my thoughts on that.

A good amp doesn’t need to cost an arm and a leg, so save up and get something you know you’ll be happy with.

Vocal Amp, Personal PA, Acoustic Amp – What Type Of Monitor Or Speaker Should I Get? 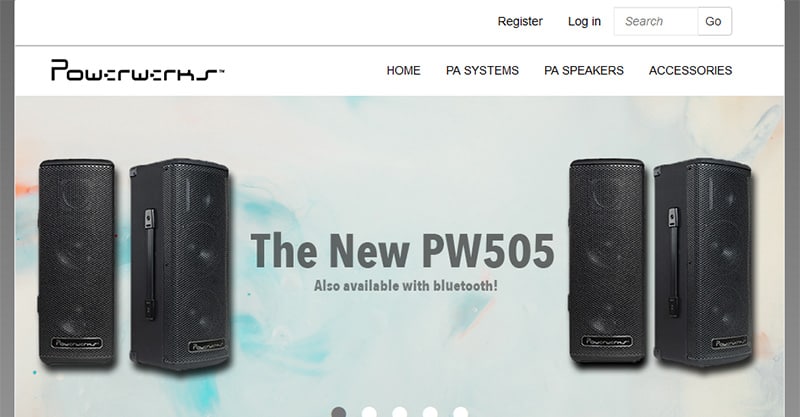 When it comes to vocal amps, there are a few different solutions out there.

Vocal amps and personal PAs are relatively close in terms of functionality and operation. If I were to separate the two, then the TC-Helicon, Behringer and LyxPro are the vocal amps. The Powerwerks is the personal PA.

But they are all the same in that you can plug them in, mount them on a stand (a speaker stand if not a mic stand), adjust your EQ and levels, and fill the environment with sound. Speakers like these tend to be directional, so you will want to point them in the direction you want the sound to carry.

If you want a monitor that can specifically be mounted on a mic stand, then you’ll want something from the vocal amp category.

And, of course, there are also acoustic amps. Acoustic amps are generally best for singer-songwriters or self-accompanists looking to sing and play acoustic guitar at the same time. The Fender and the AER are both examples of this.

Since the Fender is quite affordable, you could use it exclusively for vocals. There are no rules against it. You wouldn’t be tapping into its full potential, but it should do a good job of carrying your voice.

The AER is the most expensive product on this list, and that being the case, you should only get it if you’re a guitarist, unless you have money to spare. In that case, you might want to check it out. It’s a great vocal amp too, though you might not be as impressed with it as a vocalist as a guitarist would be.

That’s about all you need to know. Choosing an amp should be relatively easy if you know how you’re going to be using it.

If you’re a serious vocalist, you should have your own gear, even if you never end up using it. This lets others know you’re a professional and that you treat your career seriously. And, microphones and vocal amps can also be useful if you have impromptu rehearsals or performances.

Whether at the studio or on stage, vocal amps can come in handy. So, it’s worth putting some money into.