This is just one man’s opinion, but I think every guitarist should learn how to fingerpick.

Just learning the basics can give you access to new ways of approaching your guitar and your parts, which will also allow you to add more color to your playing. And, if you want to learn covers that involve fingerpicking, you get to do that too!

You don’t need to become an expert fingerpicker by any means. But I’ve found picking up new techniques can help you in virtually every area of guitar playing, making it worthwhile.

So, here are six fingerpicking patterns you need to know as a guitarist.

What’s interesting about fingerpicking patterns is that they are generally based around the chord progression being played.

Let’s take the key of E minor as an example.

In the key of E minor, there’s a good chance you’ll be starting on an Em chord, and as you may already know, it’s common to play all six strings when strumming, picking or plucking an Em chord.

So, one of the most common ways of processing this chord as a fingerpicker is by picking the sixth string (thumb), third string (index), second string (middle) and third string (ring) in order.

One could call this a stairstep picking pattern.

I’ve put together an example that features this type of pattern:

Notice how I’ve chosen a group of chords that allow you to repeat the pattern without altering it (i.e. having to adjust your thumb position).

Also, this type of pattern naturally lends itself to 3/4 time but that doesn’t mean it can’t work in 4/4 time if you’re willing to adapt it a bit.

What I’m about to show you isn’t strictly “Travis picking”, but the idea is similar.

Again, our picking pattern is dictated at least partially by the chords being played – in this case, C, Am7, G and Em. Admittedly, the chord progression sounds a bit like Fleetwood Mac’s “Landslide”.

Anyway, the picking pattern itself should be learned by any guitarist thinking about developing their fingerstyle technique.

In this case, you’ll use your thumb to play the fifth and fourth strings (bass notes), while your index plays the third and your middle the second.

The focus, then, is on the middle four strings. We’re ignoring the sixth and first strings completely.

Give this a try:

Once you get the hang of this, you can play it at some amazing speeds. It’s fun!

As you’re surely beginning to see, fingerpicking is all about patterns, and eventually, you want to be able to mix and match the patterns to create your own compositions.

The first pattern was all about outlining a chord in a relatively sequential and logical way.

The second pattern has you pick through the “inside” of chords.

Now, we’re ready to look at a picking pattern that allows different notes to ring together, giving you a bit of a “cascading” effect.

It doesn’t change the fact that it’s still a pattern, and a relatively easily discernable one. But this type of picking can give your songs a “flowy” vibe.

The chord progression I’ve prepared requires that you be able to play barre chords. The progression itself is a I – V – vi – ii progression, which is a tad unusual but not unheard of.

I suggest picking just the bass notes (A and E strings) with your thumb, while leaving your index, middle and ring to pick out the remaining notes.

Note that this picking pattern doesn’t need to be performed on the exact string groups shown here and in fact can be played on different string groups altogether.

If you want to continue to improve, it’s important that you keep upping the ante as a fingerpicker.

The patterns we’ve explored so far can be played with a pick just as easily as they can be with your fingers. If you’re great with a pick, you might even find that easier. But that’s not the point.

The point is to improve your fingerstyle skills, so I hope that's what you've been doing.

Now it’s time to explore patterns that would absolutely require you to be fingerpicking, or at the very least, hybrid picking (which involves the use of both a pick and a finger or two).

So, multi-string plucking is where you pick two non-adjacent strings simultaneously – something you can’t do with just a pick.

The example that follows, in the key of E, is still relatively simple though.

The accent of this picking pattern is on beat one of each measure, where you’ll be plucking two notes simultaneously.

Ready to give it a go? Try it out:

There are barre chords in this example too (C#m and B), so if you can’t do those right away, just practice the first two bars and come back to the latter two bars when you feel better prepared.

The most common keys in guitar are C, A, G, E and D (CAGED), so it’s important that you learn your I, IV, V and vi chords in all of these keys.

Out multi-string plucking work is far from over, as there are still plenty of possibilities to explore.

If you hadn’t guessed already, you can incorporate as many multi-string plucks in your fingerpicking patterns as you like.

That allows you to mix up the accents and give your fingerpicking patterns more color.

Some guitarists are so incredibly good at this that they’re able to play polyrhythmic parts, creating incredible contrasting rhythmic interest with their riffs.

But before we get carried away, let’s try a waltz.

I admit that a waltz isn’t the most exciting thing in the world, but it’s still something you can cut your teeth on.

Hopefully you remember the feel from high school social dance or equivalent.

The example that follows is in the key of D, and it involves picking the bass first and then plucking three notes from each chord using your index, middle and ring fingers.

So, let’s get down to business:

Again, this type of pattern could be played with a pick and isn’t exclusive to fingerpicking, but I would highly encourage you to work on it with just your fingers.

Fingerpicking Pattern #6 – Let’s Mix It Up!

Everything from here forward will basically be a mix of patterns and techniques you’ve already learned.

I’m not saying there isn’t anything else you can do with fingerpicking. Far from it.

But again, we shouldn’t get carried away just yet. Let’s work on one more example that makes use of everything you’ve picked up (pun intended) to this point.

The example that follows is in the key of G. Nice and simple.

It includes “stairstep” picking, like in the first example, Travis style picking, “cascading” picking and of course multi-string plucking.

Notice how this creates a lot more interest in your fingerpicking?

If you want to accompany your vocals using a riff like this, it may take quite a bit of practice, but it’s certainly possible. The trick is to practice both parts (your guitar part and vocal part) separately before bringing them together.

My advice with exercises like this is always to take it slowly. You can play anything one note at a time, even the most complex solos in the world.

If you come at it from that perspective, you’ll see just how capable a guitarist you are!

The truth is that there is no definitive set of fingerpicking patterns to learn. But working on the above should be a good starting point.

If you’ve made it this far, then you’re ready to try a variety of fingerpicked songs.

Here are a few songs you might want to give a try, preferably with the help of a teacher if you don’t have the required skills yet:

Once you dig into songs like these, you’ll realize just how cool fingerpicking can be, and what you could do with it as a guitarist and even a songwriter. 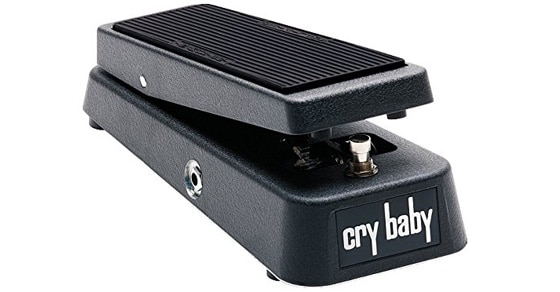 Whether you idolize Joe Satriani, Kirk Hammett or Jimi Hendrix, many guitarists eventually find themselves seeking out a solid wah pedal to add to their effects chain. From funk and psychedelia to hard rock and metal, it has a wide range of applications (though overuse will likely make you the target of pointed criticism). But… 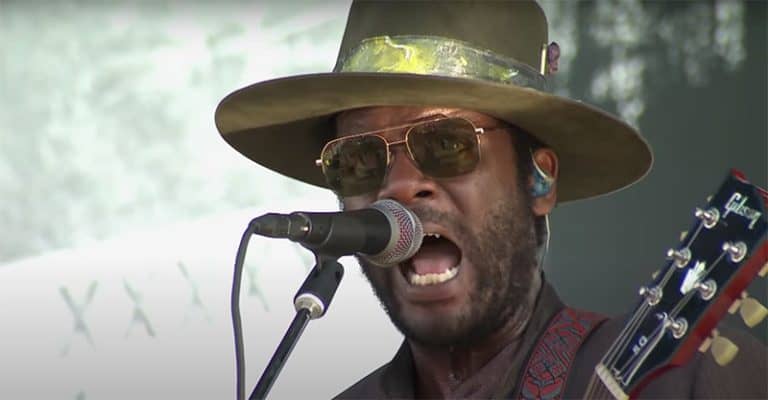 It’s been said that blues is one of the few genres where people can listen from sadness to receive joy. There’s just something about somebody else announcing their pains that makes life a little easier to enjoy. The blues is a foundational genre inherent in today’s music, with a long history of guitarists carrying the… 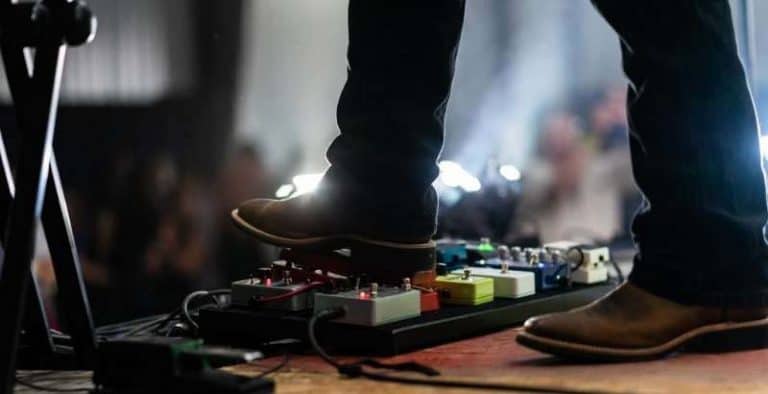 Wah is a cool effect. Guitarists like Kirk Hammett and Jimi Hendrix have practically become synonymous with it. The part that some guitarists don’t realize is that to use the wah pedal effectively, you’ve got to be able to play your guitar and control the pedal with your foot at the same time. It sounds… 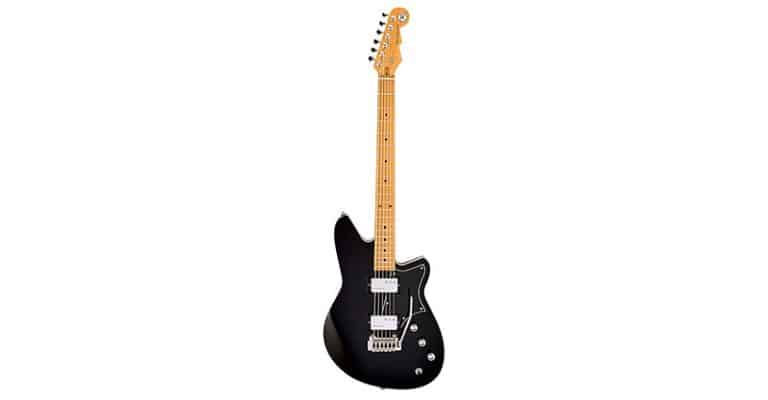 Since its inception, the electric guitar has played an important role in shaping the sounds of music we know today. Today’s guitarists are blessed with the number of different guitars available, with each one tailored to different players.  Unfortunately, this doesn’t make it any easier if you aren’t sure what you’re looking for.  The following… 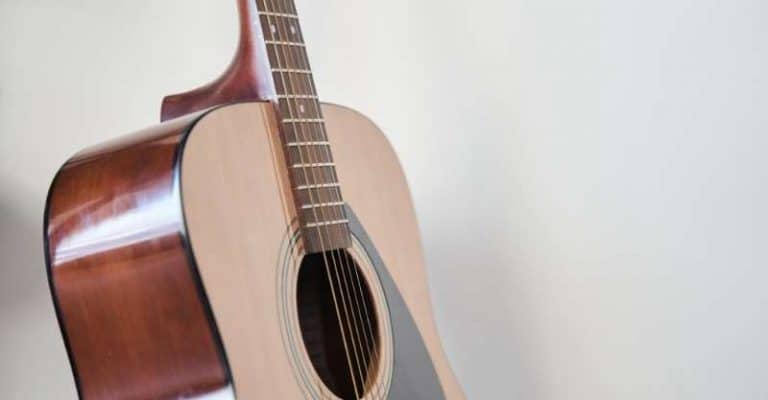 So you want to buy an acoustic guitar. Maybe you’re interested in learning to play the guitar, perhaps you’re someone who’s had experience with the instrument, or perhaps you’re looking to gift your nephew or niece one for their birthday. The chances are that the guitar you’re thinking of is going to be an acoustic….