Learning when a saxophone reed needs to be changed can take time. Even long-term players may occasionally struggle with a reed sounding off or introducing challenges into play. Still, learning the signs of when to change a reed can result in better performances most of the time.

Each reed will last a different amount of time. Some may be duds directly after opening, while others last a few months. If play is becoming difficult, it is time to replace the reed. Physical signs of damage such as chipping or cracking are almost always proof that a new reed is necessary.

Occasionally, it can just be a feeling that a new reed is needed. For additional tips on knowing when to replace a reed, keep reading here.

Struggles with Playing May Mean a New Reed Is Needed

One of the earliest signs that a new saxophone reed may be needed is if playing suddenly becomes tougher or worse sounding. While this is not always cause for replacement, the change is sometimes irreparable. When that happens, it is best to grab a new reed and continue on.

If you notice a drop in quality or ease of playing, it may be time for a new reed. There is no direct, time-based answer for when to replace a saxophone reed because they can all last different amounts of time. However, it is best to remember that the point of the reed is to make play possible; when it starts to get in the way of that, it is best to remove it.

For the best results, consider rotating between a small number of reeds between playing. This ensures that you always have a backup or two if something goes wrong during or right before a performance and avoids the “break-in” time of a new reed.

Give Your New Reed a Chance First

Whenever a new reed is placed into the saxophone, it is likely to feel awkward and challenging. This will almost certainly last for the first couple of times it is used and is a normal part of the experience. Eventually, unless the reed is a dud, it will adapt and sound good.

In general, it will be challenging.

Due to this essential new period, it is best not to rely on a new reed right before an important performance or practice. Break them in on your own whenever possible, and have a few already broken-in reeds for emergency use.

This awkward break-in time can take even longer for new players who are getting used to actually using the instrument. The way you play will be interrupted by the new reed, and it may trick your brain into thinking that you are making mistakes where you previously have not. No need to worry! It should fix itself.

If you have experimented with a reed for a few hours and it is still a struggle to play, you have likely gotten a dud. This is more likely with a natural reed than a synthetic one, but it is possible either way. If this is the case, it is best to move on and try to prepare another one.

When it's Time for a Change

One of the best signs that it is time to replace a reed is when playing has become challenging after the break-in period. Most of the time, a reed should maintain its ease of use for the remainder of its life after being adequately prepared.

If playing correctly or producing sound suddenly requires more effort, the saxophone's reed may need to be replaced. Remember, it should not be a hindrance to your best performances.

There are several possible causes for why a reed can start to sound wrong covered in the next session. While some of them are fixable to extend the reed's life, it is almost always far easier to simply replace it with a new one – regardless of the cause.

One of the key deciding factors in how long a reed will last is how long and heavy it has been played. A casual saxophonist may only need to replace their reeds once every six months, while a constant student's reeds may last only a few days.

Expect to replace reeds more often if you are practicing more often or in longer stretches. This is especially true for performances; particularly challenging concerts may need another reed ready to go if the first one has seen significant use in the past.

Ultimately, every reed will eventually need to be replaced, so there is no need to worry. When you notice it affecting your play or becoming frustrating, toss it and begin breaking in a new one.

Physical Signs That the Reed Should Be Replaced

Some physical signs can appear on a saxophone reed that indicate a replacement will be needed soon. Due to the specialized nature of a reed and how they produce sound, almost any physical alterations can result in a different and occasionally annoying sound.

Any physical damage to the reed, especially ones that affect vibration, ruins the sound and will likely make playing more challenging. Some more minor disturbances can be fixed, while others mean that it is time for a replacement.

Chipping of the Tip

Due to normal wear and tear and use, the tip of a reed may chip. Significant changes to the reed's tip are a good sign that a replacement is needed; when severe enough, it can even make playing impossible.

We recommend observing where the reed is chipped to determine if a replacement is needed. Chips near the edges can likely be ignored for a while longer, while those closer to the center of the reed have likely made it useless.

As with all other damage, you can try to play longer and see how the difficulty is. It is also sometimes possible to repair a chipped tip by cutting the damaged part off and re-scraping it. This process can be challenging and easy to mess up but may be worth exploring.

Warping Of the Reed and Sound

Occasionally, a physical warping can occur to the reed that affects the sound. Warping is a bit of a challenge, as it sometimes fixes itself after playing or not playing for a certain period.

Warping is when the reed begins to curve, normally due to moisture. This is especially common in humid areas or after long sessions, thanks to the wet environment that is our mouths.

As this occurs, air escapes and enters the saxophone in unintended ways, causing play to become more difficult. If the warping is gradual, you may barely notice this. However, it can also happen relatively quickly and affect performance.

A warped reed may return to its standard form after being removed from moisture for a few hours, allowing play to return to normal eventually. However, there is always a chance that it will come back.

In a case where warping fluctuates, you may decide to keep the reed as a backup. Otherwise, if the warping is constant, little can be done to fix the reed.

Cracks Anywhere On the Reed

A crack anywhere on the reed almost certainly means that it is time for a replacement. Saxophones work through the vibration of the reed to produce sound in the instrument itself. When a crack has occurred, this vibration is interrupted and occasionally even impossible.

Lengthwise cracks are particularly egregious. While it is likely technically possible to fix a crack in a reed, it requires the use of chemicals such as glue. Not only will this change the vibration of the reed and therefore affect its sound, but it will also place these chemicals directly into your mouth as you play.

To play it safe, all cracked reeds should be replaced.

When to Change Your Saxophone Reeds, Final Thoughts

A saxophone reed should be replaced whenever it feels like playing is becoming more difficult or interrupting proper sound generation. New reeds take some time to break in and are expected to sound off for a few hours of playing, so it is a good idea to have some already broken-in backups ready to go.

Physical damage to the reed is a likely sign that it should be replaced, especially if it is cracked. A warped reed can likely be salvaged or used a while longer. 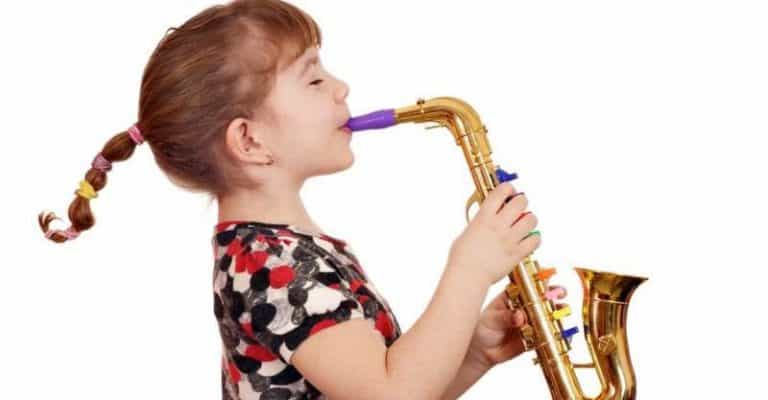 Children are never too young to become interested in music and playing instruments, but some instruments work best for older students—are saxophones one of them? When is a good age to start learning the saxophone? Saxophones are a larger, weightier instrument making it a better fit for children at least seven but ideally nine to… 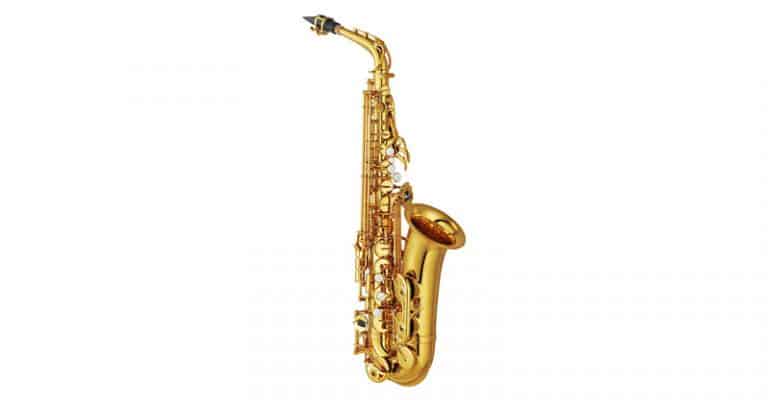 Looking for a tenor sax? Then you’re in the right place at the right time. In this guide, we look at numerous tenor saxophones for beginners, intermediates, and professionals. We’ve even organized them into their respective categories. Let’s get into it! Best Tenor Saxophones For Beginners If you’re looking for a beginner instrument, there’s one… 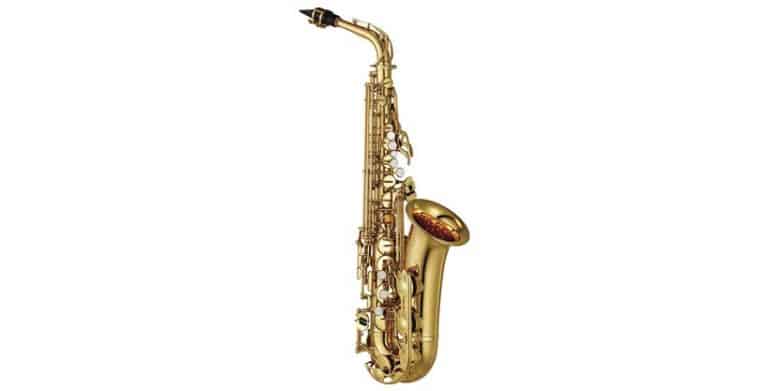 You might be looking for a saxophone for your youngster who’s joining band class. Or, you might be a complete beginner starting to play later in life, maybe just for fun. Whatever the case, tracking down the right instrument for the task and wading through the options can be a bit of a chore. Not… 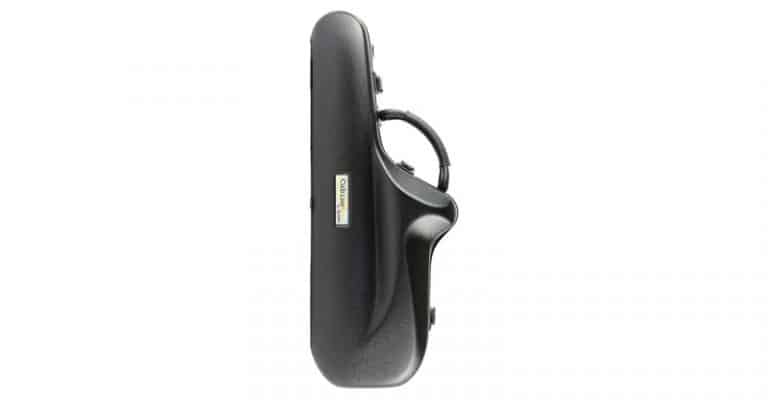 If you plan to carry your instrument from lesson studio to home, gig to studio, or even from one city to another, you need a case. So, as an alto sax player, you need a case too. The good news? There are a ton of options to choose from. The bad news? It’s hard to… 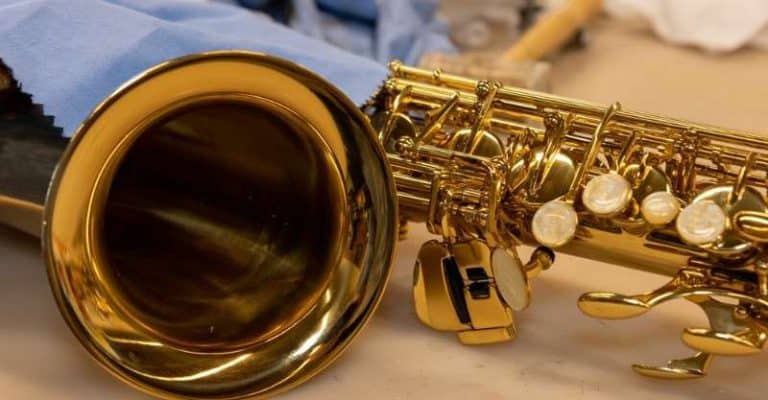 Playing your saxophone is fun and relaxing, but keeping it clean is a priority. The steps for cleaning your saxophone at home are simple with the proper tools and equipment. You would start with cleaning the neck and mouthpiece, move on to the pads, then clean the body of the instrument, and then the octave… 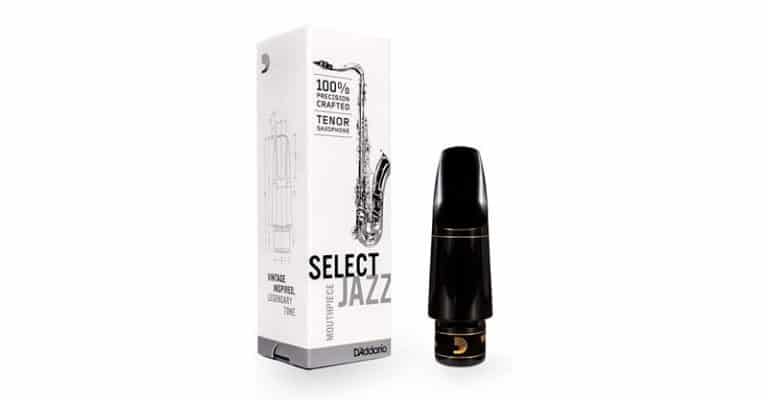