If you’re old enough, you probably remember a unique form of dancing called breakdancing. It turns out its popularity brought breakbeat music to the spotlight. Breakbeat music can be traced to the 1970s when hip-hop music was all the rage.

At the time, DJs used drum breaks from jazz, funk, and R&B to create a unique symphony of hip-hop music, causing crowds to go wild. Read on to find out the definition of breakbeat music, its history, how it has evolved into a distinct music genre, and popular breakbeat music artists.

Definition: What Is Breakbeat Music?

Breakbeat music is an electronic music sub-genre that uses drum breaks from other music genres like soul, jazz, funk, and hip hop. A breakbeat occurs when a part of a song where the rest of the band stops playing, leaving the drummer.

The drummer continues playing the main beat throughout the song. At the time, popular music artists strove to create a symphony of hip hop music, but the popularity of breakbeat music took center stage. The music genre gained popularity because it allowed dancers to showcase their dancing prowess through breaks.

Breakbeat music was recognized in the 1970s when DJ Kool Herc, a Bronx-based DJ, played funk breaks in irregular drum beats of songs written by The Winstons, e.g., Amen Brother and James Brown’s ‘Funky Drummer.’ He played the beats in a bid to entice his audience, who loved every bit of playing drum beats.

Fast-forward to the 1990s, breakbeat music was still popular, but artists started sampling other techniques around this genre. The samples were looped to create high-impact music called rave or hardcore music which introduced more specific styles, notably drum and bass.

In fact, the evolution of sampler technology culminated in the growth of drumbeat music as a distinct music genre. The SP-12 was the first commercially successful sampler but more affordable samplers like Akai MPC60 were introduced along with the Fairlight CMI workstation. By the 90s, more sophisticated equipment like computers made sampling easier and allowed artists to be more explorative.

The Big Beat: This subgenre was developed in the mid-1990s and is associated with artists like The Chemical Brothers, The Prodigy, and Fatboy Slim.

Acid breaks: This genre is a blend of acid house, breakbeat, and other kinds of dance music. The Ronald TB-303 bass synthesizer is credited with producing acid breaks sound.

Classic funk samples: Breakbeat music borrows from classic genres, including funk and jazz. The most sampled track is Amen, Brother by The Winstons, often referred to as ‘the Amen break,’ by breakbeat DJs.

Here’s a lineup of the most popular breakbeat music tracks:

The Amen Break was one of the first breakbeats to be made. Originating from a 1969 recording by The Winstons — the Amen Break — it's the driving force behind hip-hop classics like King of the Beats by Mantronix and Straight Outta Compton. It was also instrumental to Jungle producers and still plays a critical role in Drum and Bass electronic music.

This breakbeat originates from James Brown’s exciting drum breaks, often characterized by grunts and screams. When incorporated in tracks, the Funk Drummer breakbeat produces a lower pitch than the original song creating a huge effect on the overall sound.

The breakbeat hails from Parts 1 & 2 of the song and gets its distinct beat from a rolling beat done by Clyde Stubblefield. Clyde was J.B.’s legendary drummer and is credited with providing the most profound beats on J.B.’s songs.

Written and performed by the recording band called The Honey Drippers, this is another popular breakbeat composed in the 80s. The hard-hitting funky soul is the backbone for many old hip-hop classics like Unbelievable by The Notorious B.I.G. and Ring Ring Ring (Ha Ha Hey) by De La Soul.

The beat sounds great alone but a few twists make it sound even better. Top Billin, Audio Tow’s hip-hop anthem has a beat made from this break entirely.

Apache brings a dance vibe to breakbeats and remains a dancefloor favorite till today. It’s most famous for using two bongo loops (the first is from the beginning of the track and the other at the start of a lengthy percussive mid-section) and a soaring surf guitar.

Grandmaster Flash is credited with creating the classic 1981 song — The Adventures of Grandmaster Flash on the Wheels of Steel. Hundreds of producers have also used this great soul track, including Sugar Hill Gang, who paid homage to the track by including it in the hip-hop song Apache.

Apache has featured in many music genres beyond old-school hip hop. You’ll likely hear it in rap tracks like 100 Miles & Running by Logic.

This Ninja Tune is another great breakbeat from Anz’s All Hours EP-Last Before Lights. This killer beat adds a little gist to the mix by including helpings of rave-influenced pads, vocals, pianos, and hoovers.

This was one of Melvin Bliss’ greatest breakbeats. Its rolling swings and pounding kicks create a devastating effect on Ultramagnetic MC’s track-Ego Tripping. The breakbeat has also been used on Bring Da Ruckus by RZA to create an extra bite.

The Big Beat by Billy Squier

This breakbeat is the greatest rock break of all time. Its huge kick and snare groove make it a favorite on famous hits like Dizzee Rascal’s Fix Up, Look Sharp, and Jay-Z's 99 Problems.

We wouldn’t have breakbeat music without these legendary musicians:

This electronic dance music band hailed from Braintree, Essex. It formed the band in 1990, featuring Liam Howlett, the keyboardist, and songwriter, Keith Flint, a dancer and vocalist, and Maxim, an MC and vocalist, among other artists. The Prodigy is mostly remembered for the wild tracks like The Fat of the Land, Their Law The Singles, and Invaders Must Die to mention a few.

Initially known as The Dust Brothers, this British electronic music duo is known for producing the famous Come With Us Record. Most of their tracks have featured in the U.K. charts, and the pair still boasts a large following of all ages worldwide.

The band is known for producing hardcore techno beats, several anthems, and unique music styles with more noise and bass. During its inception (the 90s) hardcore techno was moving away from house music breakbeats. The band produced popular hits like the Bells of N.Y. and Xen Mantra.

The English-based beat musician is called Quentin Leo Cooks and uses the name Fatboy as a pseudo name. He is credited with producing a range of albums and singles, including Better Living Through Chemistry, The Rockafeller Skank, and Wonderful Night, alongside other artists.

This isn’t a band but a one-person show by D.J. and electronic music producer Lorin Ashton. The Santa Cruz-based producer is known for hosting the most epic live performances, community engagement, and light shows. He made his first debut in 2001, releasing an album called Freakbeat for Beatfreaks.

Breakbeat music began when DJ Kool Herc, a Jamaican-born, discovered a unique playing technique when playing music for break dancers. Herc would take two copies of the funk and soul records and play them on turntables while cutting back and forth between the tracks to extend the drum breaks.

At the time, DJ Kool hosted block parties and would play R&B tracks using two turntables, a guitar amplifier, and PA speakers. While playing the music, he noticed the crowd got wild every time songs broke into drum solos. The break in soul songs was the most danceable, often causing people to go into a frenzy.

As a result, he decided to use his turntables to extend the drum breaks for his audience to enjoy them for longer. Every time the drum break played, Kool would direct it to the second turntable to continue playing. It was then that breakbeat music became a thing. Drum beat music has since evolved. Here’s a recap:

Breakbeat Music in the 1970s

New York hip-hop artists led by DJ Kool Herc and Grandmaster Flash discovered the music genre by back-spinning one turntable while the other played.

Breakbeat Music in the 1980s

Non-hip-hop artists adopted the music genre and started applying it to other dance music styles. This discovery introduced other sub-genres like acid breaks, electro-funk, and Miami bass.

Breakbeat Music in the 1990s

By the 1990s, breakbeat subgenres were all the rage, which ingrained the idea of breakbeat as a distinct genre. It also introduced other breakbeat subgenres like the 303-heavy acid breaks, hip-hop-inspired big beat, electro-infused Florida break, progressive breaks, nu-skool breaks, and the jungle-offshoot breakcore.

In the ‘90s also, British-based bands and artists like The Prodigy, the Chemical Brothers, Death in Vegas, Fatboy Slim, Propellerheads, and Cut La Roc came to the limelight. A majority performed a breakbeat subgenre called funky breaks, which featured elements of the jungle, house, hip-hop music, and trance.

Breakbeat Music in the 2000s and Present

The 2000s saw the introduction of other breakbeat subgenres, most featuring elements of Florida breaks, deep house, and EDM. Today, the idea of breakbeat music has died down as it might not appeal to most audiences. However, its influence is pretty evident in the dance culture, as seen on Stanton Warriors and the 2017 Bicep hit, Glue.

What Is Breakbeat Music? Final Thoughts

With this guide, you now understand what breakbeat music is all about. Although it started as a particular part of a song featuring a drum break, the popularity of electronic dance music caused it to evolve into a distinct music genre. And with modern sampling techniques and music equipment, incorporating breakbeats into songs is more straightforward. Modern equipment allows you to sample different versions making it easy to create new beats from scratch. 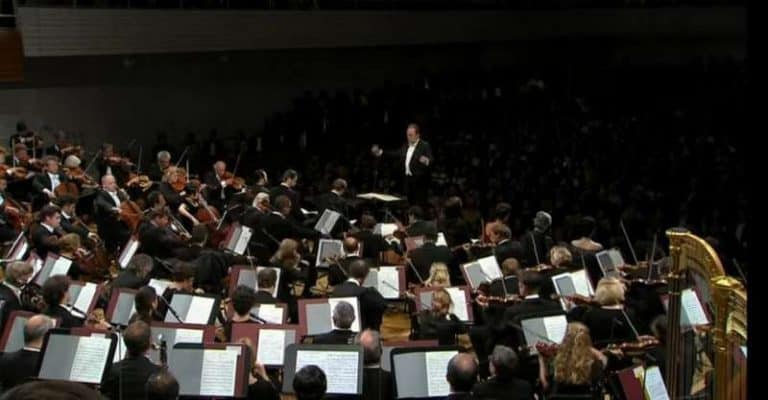 The kinds of music that fit under the umbrella “classical” are incredibly diverse. Compare, for example, the minimalist workings of a Steve Reich to the grand machinations of a Bachian fugue. At the same time, Classical music is a very specific period of musical history. In this article, we’ll discuss what exactly Classical music is… 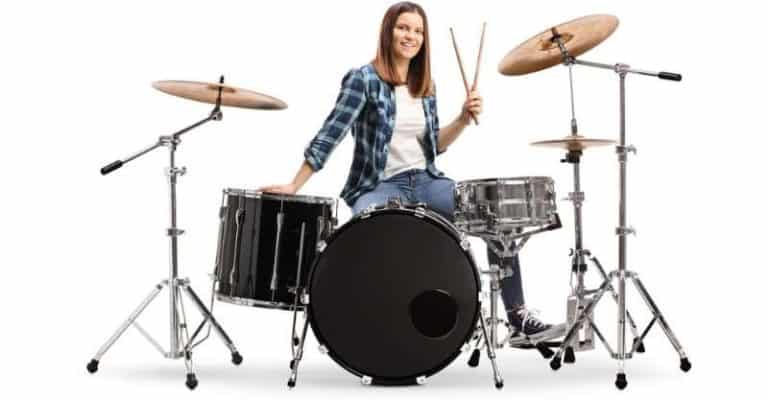 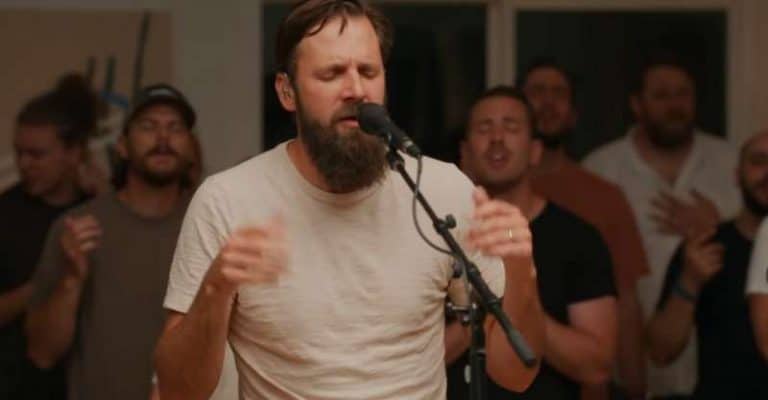 Bethel Music has defined the soundtrack of contemporary Christian worship. You can hear it in churches, revivals, youth groups, and wherever evangelical Christians are gathered. Read on to learn more about the origins and evolution of this unique brand of spiritual music. 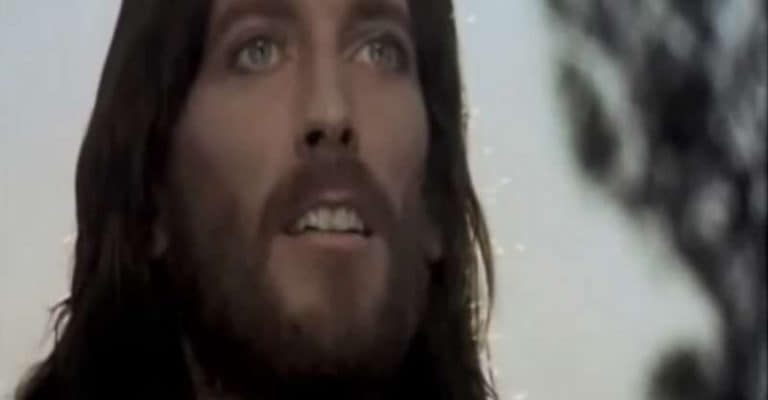 Contemporary Christian Music, CCM for short, may seem easy to understand. Its music and lyrics are inspired by the life of Jesus Christ with words and phrases from the Holy Bible. CCM has an interesting history, dating back to the turbulent 1960s. Now, 50-plus years later, it seems like a good time to look back… 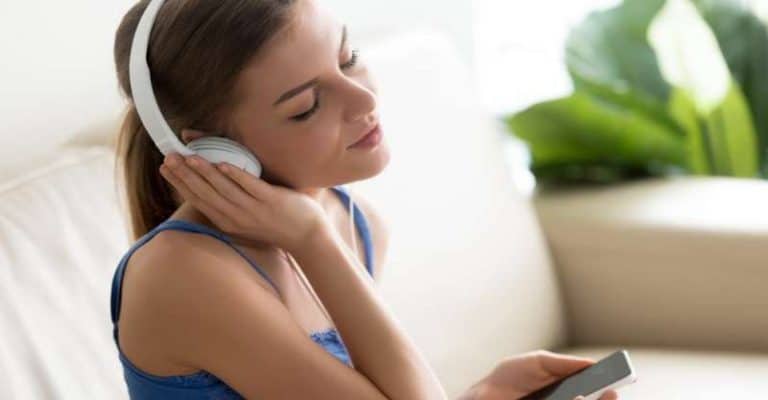 Unlike traditional forms of music like rock and classical, ambient music focuses on setting a mood and the texture of a scene. The scenes can vary from coffee shop vibes to city streets, to quiet forests and a gentle ocean. Some artists have even crafted music to reflect fantasy scenes, such as enchanted woods or…