If you’re new to music production, you probably heard of something called DAW. So what does DAW stand for?

DAW is a piece of software for making music and stands for Digital Audio Workstation. It’s an essential piece of equipment when it comes to recording, mixing, and editing both audio and MIDI.

Back in the day, you had different programs for each of the above. Today, modern DAWs integrates all these features into one. DAWs have made music production more accessible than ever before, and they are getting more powerful.

Digital Audio Workstations have been a vital component in the music industry for a long time. Back in 1994, 4-track editors were introduced to the market, and the first version of Pro Tools became the industry standard. Two years later, in 1996, the first 32-track DAW was invented.

Thanks to the evolution of computers, modern DAWs have become more intuitive in both design and functionality.

What Can You Do With A DAW?

As mentioned above, a DAW is an essential piece of equipment and it’s part of every music producer’s toolbox. Modern DAWs replicate many of the same features of a multi-track tape recorder. Below we will take a look at some of the key features of a DAW.

Combined with an audio interface, a DAW lets you record line-level and mic-level instruments. You can record yourself singing, playing guitar, bass, or keyboard into separate channels in your DAW. If you have an audio interface with multiple channels, you can even record two channels at the same time. You can also manipulate the recorded audio with VST plugins such as equalizers, compressors, delays, and reverbs.

A DAW can also act as a host to virtual instruments (VSTs). These plugins integrate software synthesizers and effect units into digital audio workstations. Think of it as an extension of all features in your DAW, that adds even more functionality and makes it even more powerful. Do you want to record a piano but don’t own a real one? You can then download a virtual piano with real piano sounds and load it in your DAW. Typical virtual instruments are software synthesizers, sample-based instruments, and audio effects such as equalizers and compressors.

You can record and edit software synthesizers and sample-based instruments with the help of MIDI. You control MIDI with the help of a MIDI controller, which you can connect to your computer with a USB.

One of the most essential features of a DAW is the ability to edit audio. You can slice audio files, move them around, or crossfade. This makes DAWs useful not only for music producers, but for podcasters and content creators who work with audio.

The ability to snap recorded audio files is essential for music producers. Imagine you have recorded drums and want to make them tighter. Audio quantizing moves recorded audio or MIDI to the nearest grid position that is musically relevant.

Mixing is one of the most important steps in music production and the mixing process begins after your song has been recorded and arranged. Mixing is done using audio processing like compression and EQ, to blend all channels together.

Every DAW has a built-in mixer view with mixing capabilities. The most common mixing approach is by using plugins to process the audio. You can also create customizable mixing templates for quick workflow in your DAW, along with track presets to save mixing settings.

Mastering can be done with both analog and digital workflows. If you choose digital mastering, a DAW is a most. As mentioned above, a DAW can act as a host to VSTs, and there is a lot of mastering plugins and online mastering software available. That includes EQs, multiband compressors, limiters, and metering tools.

A DAW is not only an essential tool in a recording studio setup, but it can also be used during live performances. In fact, one of the most popular DAWs Ableton Live was created with live performances in mind.

Use your DAW to trigger loops or sound effects, ideally with the help of a MIDI controller. You can also apply automation to parts of your tracks what you won’t be able to perform live. Modulate synths to get movement, or map delays to get rhythmic echoes is only a couple of examples. Only your creativity set the limit of what you can do with your DAW on stage.

Now that you know what you can do with a DAW, which one should you choose? That can be tricky because there isn’t one DAW that beats them all. If you ask 10 producers which DAW they prefer, you’ll get 10 different answers. It all comes down to personal preferences and what features you need. Some producers write their tracks in one DAW and export all files to another for mixing.

Here is a list of the most popular DAWs on the market today:

Many of these DAWs have free trials and I recommend you try them out before making a purchase.

I hope you found this definition useful, once you get going with the software it becomes a lot easier to understand.

If you’re planning on setting up a studio where people are going to be recording vocals, it’s important that you fit in a proper vocal booth. While it’s possible to record vocals without a booth, the results you get will be no where near the level they would be if you got one made professionally….

You can’t expect to produce pristine, perfect sounding vocal tracks without setting up your effects chain. But what effects do you need to make your vocal tracks sound their very best? And how do you even choose from the many VST plugins that are out there? In this guide, we look at the best vocal… 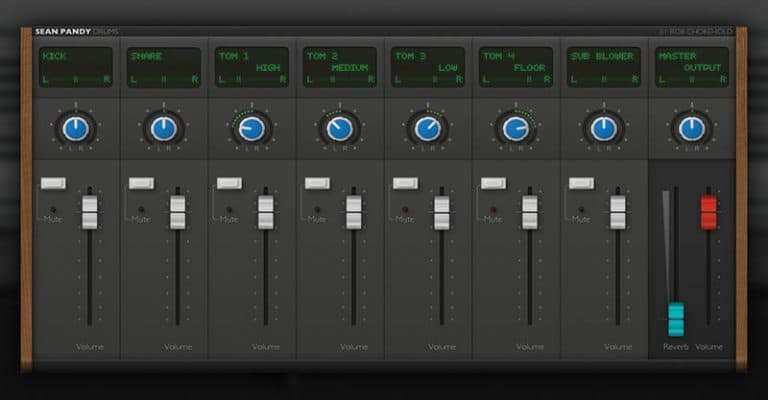 There are a lot of great sounding drum VST plugins out there. But most of them cost money. Can you really find a free plugin that will “carry the load”? Well, it’s fair to say that free drum VSTs have come a long way. They may not be as customizable or sound as good as…

Polishing a mix is a process. And while the general steps are known, the specific change from mix, to mix, based on the genre, the preferences of the artist or producer, and the tools available. One tool that every mixer and producer should have at the ready, though, is a de-esser. It may not be… 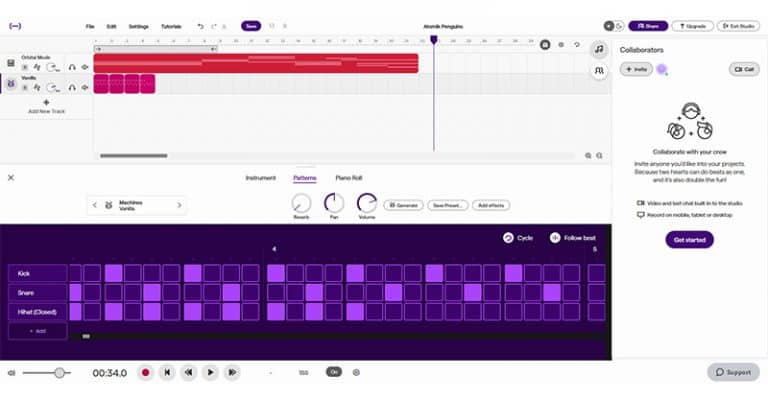 Whether you’re thinking about signing up for Soundtrap, or you’ve been using it for a while, you probably have a few questions that need answering. In this guide, we answer the most frequently asked questions to do with Soundtrap, including whether Soundtrap is free. Is Soundtrap Free? Or Do You Need To Pay For Soundtrap?…

Hi guys, Sean here (not Shaun Letang). Recently I went through the process of building a semi professional recoding studio and learned a lot along the way. I thought I’d share with you some of the lessons I learnt. Most things went well, but there are a few things I’d do different next time. It’s…