The trumpet is one of the more difficult instruments to play, so many parents are interested in guiding their child's experience with brass instruments as early as possible. Without a strong foundation, it's harder for kids to develop musical proficiency later in their development.

Children can start playing the trumpet at around six to ten years of age, and adults of all ages can learn how to play. Children younger than six run into several challenges with the trumpet, such as lung capacity and the instrument's weight.

Kids can start playing trumpet pretty early in life, but it doesn't have to be their first exposure to musical education. Keep reading to learn more about how children and adult beginners can get a solid start learning the trumpet.

When Should Children Start the Trumpet?

It's recommended by musicians that children start learning how to play the trumpet between six and ten years old. Here are a few reasons why trumpets aren't recommended for children younger than six:

Even though it isn't recommended that preschoolers play the trumpet, anyone six or above can master the instrument as long as they have the lung strength for it. And for those under the age of six, there are other musical lessons to learn that can help prepare children to take up the trouble when they get a little older.

Children's Music Lessons to Prepare for the Trumpet

Children younger than six may find it hard to learn the trumpet, but that doesn't mean that they can't be prepared in the meantime to learn how to play it. There are many foundation music lessons that children can learn to get ready to play the trouble. These are a few things that preschoolers can learn that will help them with their musical foundation later on:

Musical lessons for children age five and under should focus on instilling the child with a natural love of music and some knowledge about the basics of music education that affect all musicians, no matter what instrument they ultimately play.

Children can also be exposed to basic instruments like the piano or a keyboard that are physically easier to play than trumpet until they're old enough to handle a brass instrument. There's no law that says a musician can't know how to play both piano and trumpet. The mastery of multiple musical instruments is an indicator of success in music education.

Can Preschoolers Learn the Trumpet?

It's technically possible for a child younger than six to learn the trumpet, but the chances are that the child will find it difficult to develop either the lung capacity to blow a note consistently or the mastery of embouchure (mouth shape) necessary to form different notes on the mouthpiece.

For young children, having difficulty right off the bat with an instrument may lessen their interest in pursuing music lessons and can make it harder for them to take an interest in making music later down the road. That's why many music education lessons focus on more general music education before the age of six.

Preparing a Child to Play Trumpet

Even though it's hard for preschoolers to play the trumpet, there are still many music lessons and exercises that can be incorporated into their curriculum that can help them out when they do start learning the trouble. One of the main things children can focus on is building up their lung capacity. These are a few ways that children can train their lung capacity before learning to play the trumpet:

Other than keeping the child engaged with different kinds of music, the above stretches can help a preschool-aged musician prepare for the physical rigors of playing a brass instrument when they get a little bit older.

When Do Children Start Trumpet in School?

Unless parents make a special point to put their children in some kind of early music education program, most school systems don't begin to introduce musical instruments to children until around the fourth grade. This is when many students start their musical careers, but it's also where most people leave their musical aspirations too.

However, getting a child started in music at a preschool age and then starting them in lessons with the trumpet as early as six years old can give them several years of experience over other musicians when they join a band later in their school careers.

This can prepare young musicians to be the top musicians of their class, leaving them prime candidates for musical scholarships and other accolades. So even though it is hard to teach a child the trumpet at five years or younger, getting them started on the trumpet well before the third grade can give them a leg up against their peers in a competitive musical environment.

A major advantage of teaching children an instrument young other than experience is that they are able to learn an instrument when they aren't as distracted with other extracurricular activities. In elementary school, children begin having their interests pulled in other directions too, such as sports and social activities.

What Age Can You Start to Play the Trumpet? Final Thoughts

Most people aren't exposed to learning brass instruments until they're a little older, but starting children on the trumpet within a year or so of starting school can be a great way to get them involved with music from an early age. While trumpet may be one of the harder instruments to learn, getting started as early as possible puts young trumpet players ahead of the curve. 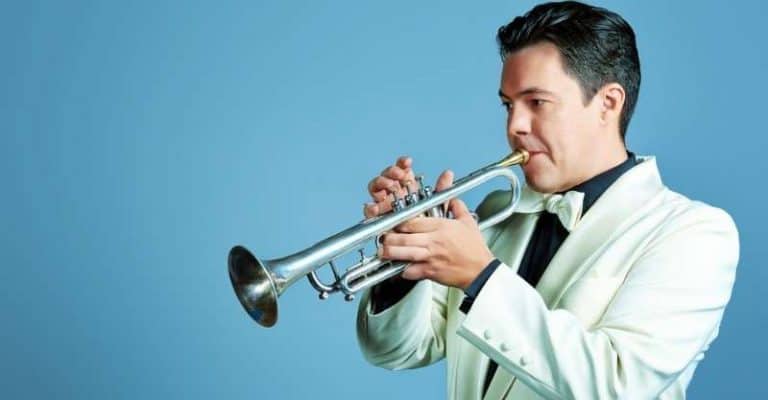 Becoming a good trumpet player depends on several different factors, including but not limited to what a person considers ‘good’ and how much time they set aside for practicing. On average, people who practice trumpet 2 – 3 times weekly can typically play easy songs within a few months. From there, it can take anywhere… 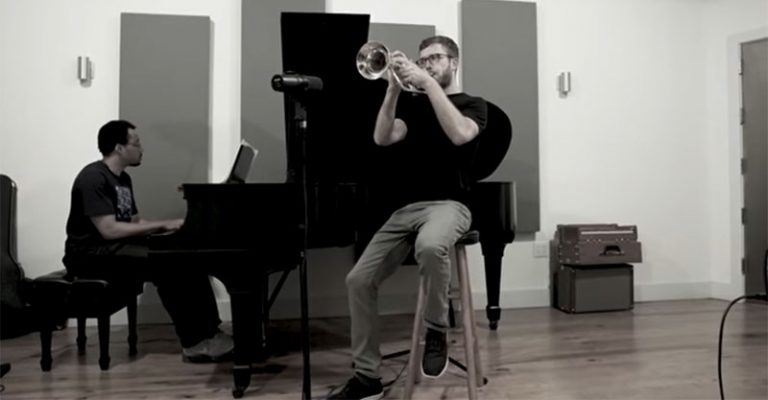 The trumpet is an awesome instrument. For me, it has a semi-permanent association with atmospheric jazz and instrumental music, where it really seems to shine (also see below), but that isn’t to say it hasn’t made its way into pop and other genres with great success. As well, it is possible to play just about… 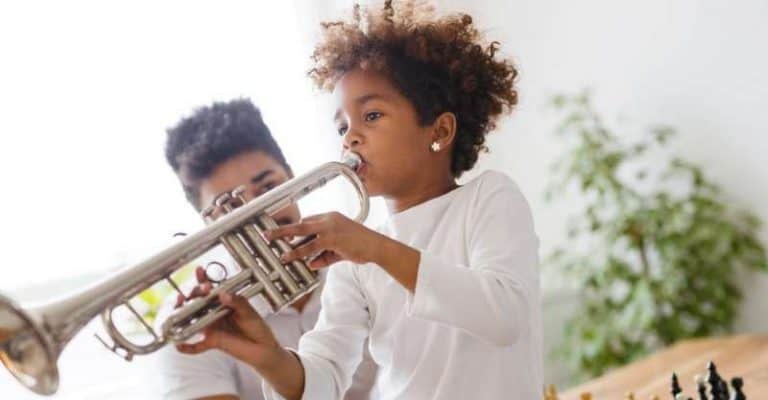 A trumpet embouchure is one of the more difficult mouth formations you can make with your lips on the mouthpiece of your trumpet. But with some practice and a few extra tips, you’ll be able to make a solid embouchure in no time. To form an embouchure and get the proper sound to come out… 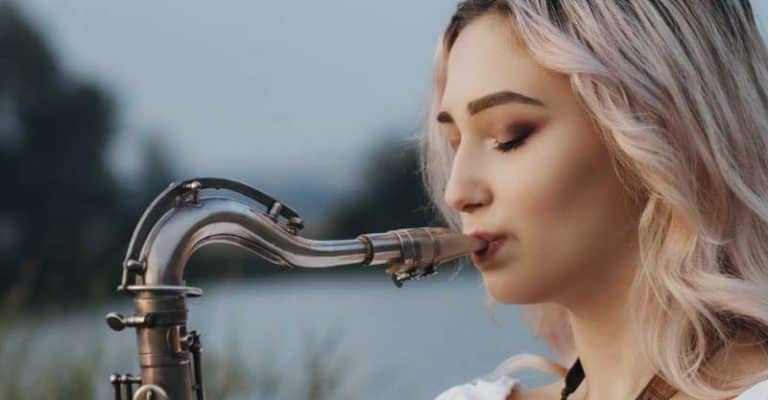 The trumpet requires stamina, strong lip muscles, and a lot of practice to master. However, the whimsical instrument may take quite a toll on the musician’s body, particularly the lips. But how can we avoid this damage? Playing the trumpet can cause damage to musicians’ lips. To avoid damage, it is essential to stay hydrated,… 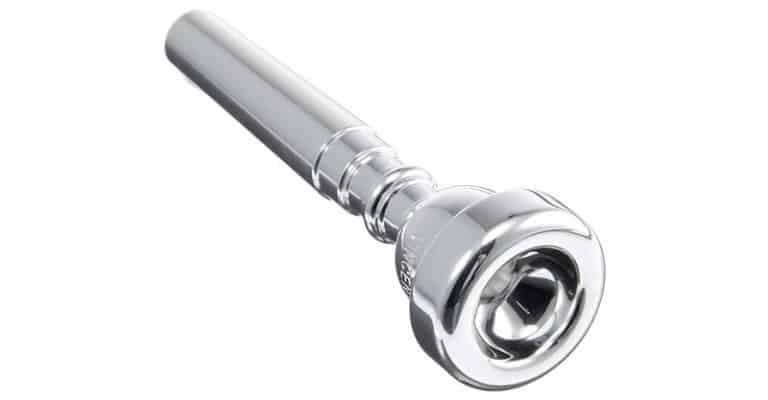 As most brass instrumentalists will tell you, using the right mouthpiece can make a huge difference. It can enhance the tone of the instrument, give you more control and help you develop your embouchure technique. In this guide, we’ll be looking at various trumpet mouthpieces to suit a variety of applications and purposes – professionals,… 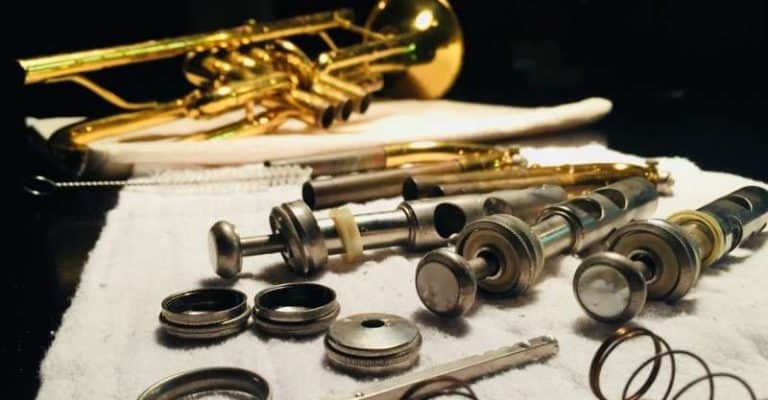 Playing the trumpet is extremely rewarding, but brass instruments can be some of the dirtiest in the entire orchestra after a practice session. Knowing how to clean your trumpet from right at home is an essential skill for any player. Wait! Before you go tossing it into the tub and slathering on your favorite body…