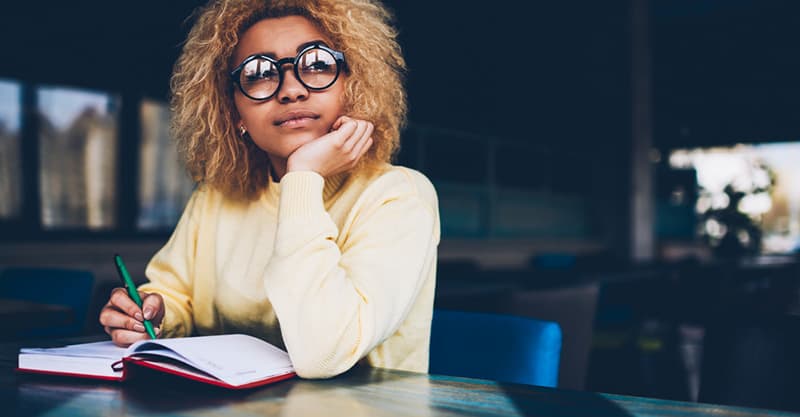 The creative process is different for every artist.

But there is no right or wrong way to write.

Typically, I will follow the same process every time. I often find myself inspired by a cool chord progression and will write from there.

I also write a lot from titles. Coming up with good song titles seems to be an effective way to get my creative juices flowing.

But I don’t always have an instrument with me, and inspiration can strike at any moment.

Specifically, in the car and on public transport. I’ll have lyrics and/or melodies make themselves known to me, and I’ll have the burning desire to finish them, but I can’t because I don’t have the right tools with me.

I am a big advocate for finishing song ideas as soon as possible, even if it means dropping everything. Not being able to immediately flesh out an idea is frustrating to me.

So, lately I’ve started writing without and instrument in front of me, and I have found it rewarding.

All The Focus Is On Melody & Lyrics 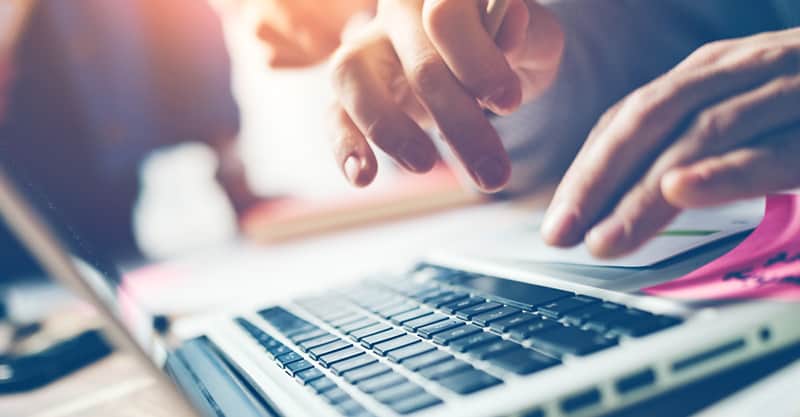 Writing without an instrument forces you out from behind that instrument.

It’s easy to hide lazy songwriting or mediocre lyrics behind interesting chords, beautiful sounds, or fancy finger work. And there is nothing wrong with that. In some genres, the lyrics and melody just matter less.

But there’s no question that being forced to write a song without an instrument will make you think about every lyric you write. You won’t be able to live with a lyric that doesn't captivate you when the song is just lyrics or just melody and lyrics.

Beyond lyrics, your melodies have a lot of freedom without chords behind them.

Chord progressions, keys, and habits usually lead us to a lot of the same places when we’re writing. Again – this is totally fine.

But if you don't have an instrument in front of, any melody is on the table. It can be interesting to see where your mind takes you when it’s not falling into those old habits and patterns.

All in all, you could end up writing a song that's hard to put to music. And, because of that, it might not work out.

Or, you could end up with a super catchy, lyrically tight song, that has some inventive melodies that it wouldn’t have otherwise had. 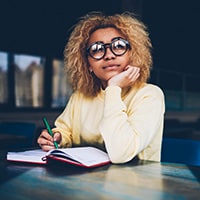 Have you ever found yourself writing down a bunch of lyrics or verses without any melody? Obviously, if you make hip hop music, this is your thing.

For pop writers, and certainly for me, this was initially confusing. I’ve always found it hard to set pre-written lyrics to a new melody.

Lately, I’ve written some verses and lyrics without melody and just embraced it. Whether it was spoken word, rap or just some out of the box phrasing ideas, I went with it.

Writing anything is good practice. It keeps your brain sharp and in writing mode, which feels good.

If you have any sort of idea, write it, and try to finish it. Figure out what to do with it later. You just don't know whether you'll end up with something cool, or with something you’ll never show anyone. Either way, it’s worth doing.

How To Write Lyrics And/Or Melodies Without An Instrument

Without an instrument, your main writing tool will be your voice memos and your notes. If you’re a physical pen and paper person, your notebook.

Generally, if I have a lyrical or melodic idea, I will record the initial idea, however rough, in a voice memo.

I will then listen to it a few times, and almost without fail I’ll think of another line, or start to get otherwise inspired.

After that, it’s a matter of listening closely to the ideas that come into your head, and then working them out.

I usually try to write a full verse in my head, and then record it.

Then, if I write a chorus or a pre-chorus or whatever, I’ll rerecord the verse, and add the new part on.

Typically, I'll just follow this process until the song is as done as I want it to be.

Rerecording the song every time is important, because it gives you a fresh perspective on the arrangement. Sometimes, while you’re rerecording things, you’ll start to get a feel for beats or production ideas.

I’ll usually vocalize these as well. Literally, I will beat box, hum, or explain what I’m hearing in my head, in between verses or at the end of the song.

It’s so easy to forget these initial ideas, and initial ideas are critical. I think that listening to and trusting your intuition will help you create ideas and songs that feel more your own.

A lot can get lost between the first time you conceive a song and when the song is produced and finished. Recording all of your ideas will help you stick to your vision.

When I’m done and happy with it, I usually delete the voice memos that were in progress and keep the finished idea. Then, I always back up my phone. Make backups all the time or you will regret it.

Explore, Even Without Music! 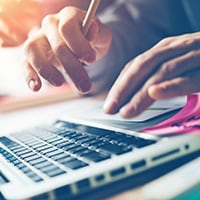 Creating is a curious thing. Where do these ideas come from? Why did a melody suddenly just appear in your mind?

Being open to these ideas and curious about them is rewarding and worthwhile.

When you have an idea, be curious about it, investigate it, and see if you can close the case (so to speak) by finishing it.

The better you get at finishing ideas no matter the circumstance, the more songs you will write. And, that's a good thing! 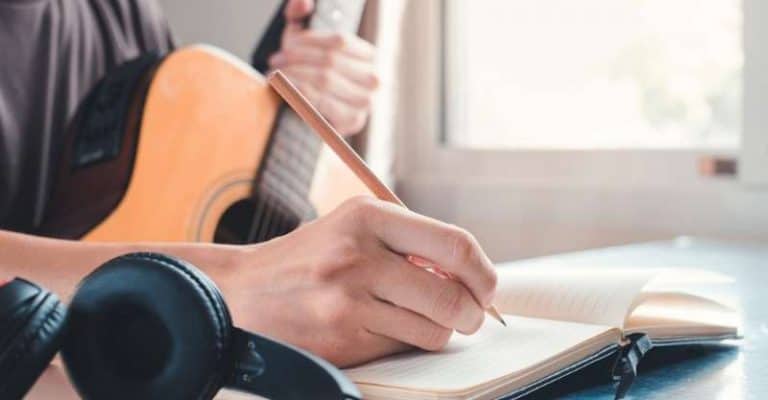 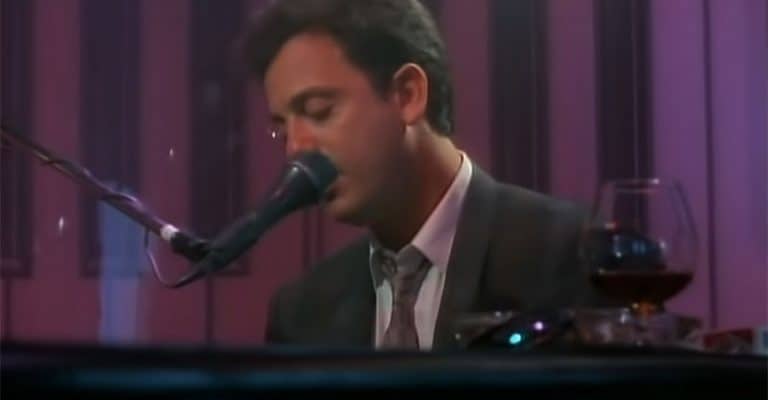 The piano is a beautiful instrument. It sounds great on its own, and it sounds great in orchestras and bands too. Guitar sometimes gets all the attention in mainstream music, but the truth is, as you’re about to see, pop and rock music simply wouldn’t be what it is today without the piano. In this… 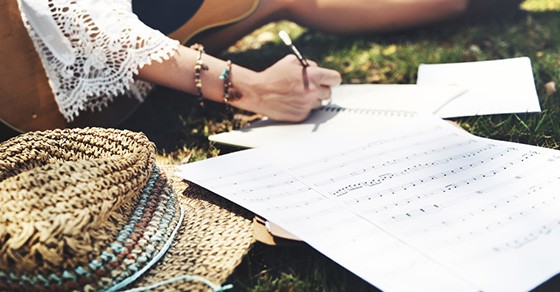 There’s no question that a great chorus makes or breaks a pop song. In fact, it’s even possible to write a hit song with a chorus so good, that the mediocre verses don’t matter. To me, ‘The Boys Are Back in Town” is a classic example of a song with a killer chorus that has… 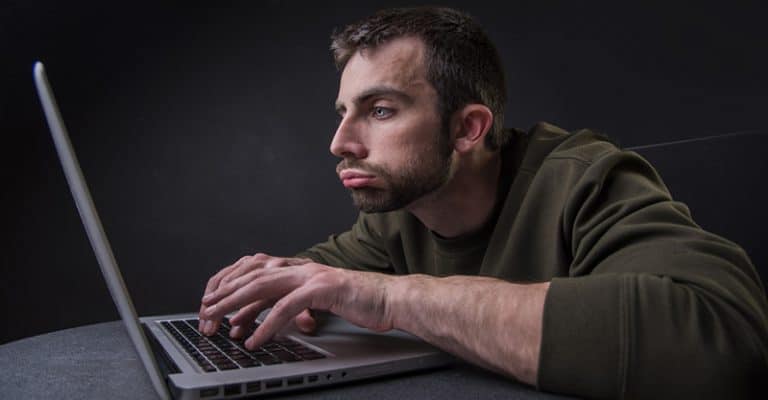 Having trouble writing something new? Does songwriting feel like a chore rather than a joy? Well we’re going to look at how to get rid of writers block. If you’re finding it hard to write, there probably isn’t anything wrong with you. However, it is entirely possible that your motivation has changed. It could be… 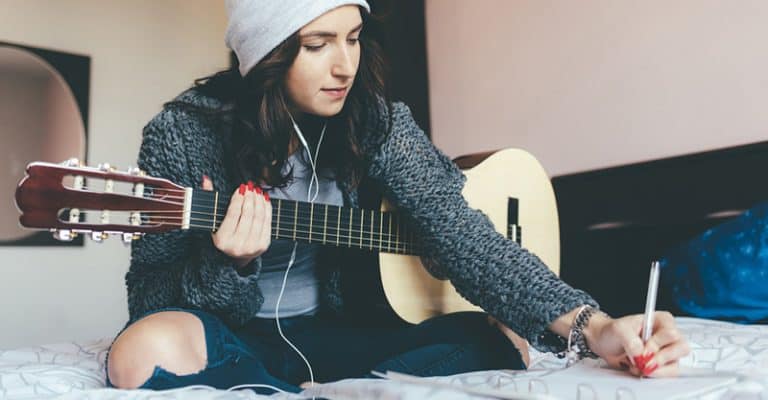