You are here: Home / Talent Shows For Musicians / How To Win The X Factor, Even If You Don’t Win! 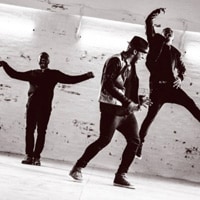 Hey guys, we’re into the fifth and final part of Max Millias’s guide helping you do well at the X Factor. If you haven’t yet read the other parts, you can find them here:

We’ve got something very special in store for you today. We’re going to let you in on a little secret: You don’t actually have to come in first place to win the X Factor! In fact, you can come second, third, or even forth and still be counted as a winner in most people’s eyes! How is this I hear you ask? Well read on and I’ll tell you…

The good thing about the X Factor is it’s so well promoted and has so many viewers that the exposure you will gain just from being on there will be priceless. Every one that’s worth knowing in the music industry watches the live stages at least, looking for an act they can sign up and make millions with. Getting to the live stages of the X Factor competition is an achievement in it’s own, and a seal of approval that you have talent. You can use this seal of approval, and not to mention the tons of exposure you’ve received from the show, to your advantage in the even that you’re voted off for what ever reason.

The thing with the X Factor, is there can only be one official ‘winner’. In reality, there could be five extremely talented acts that can all become superstars in their own right. Record labels and audiences can see that, so as long as they take a liking to you during the show, even if you get voted off you still have a bright future ahead of you. What’s important though, is you keep up momentum…

By keeping up momentum, what I mean is this: You have to make sure you do things while you’re still fresh in people’s minds. You need to carry on the hard work as soon as the show’s over, that means recording songs, getting shows lined up, and generally doing anything else that needs to be done. Don’t make the mistake of thinking that now because the X Factor is over you’ll be able to have some time off, this is still only the beginning and there’s a lot of work to be done! You want to make the most of your X Factor experience, so you have to keep up the same work rate if not raise it up a level!

When deciding what to do in your life after X Factor, you have two main ways you can choose to go:

In all honesty, if you get a good record deal it’s often best to go with the first option. This is because the label should already have everything in place to start your domination of the charts, while doing it yourself requires you to learn the system step by step. This can take a lot longer to get your material out there, and if anything will slow down your momentum. I’d advise against going with the second option unless you really know what you’re doing and have had success releasing your own material on a wide scale before.

Keeping In The Spot Light

As well as keeping up momentum by doing deals and recordings behind the scene, it’s also very important for you to stay in the public spot light. When it comes to celebrities and the latest big craze, people’s attention spans are very short. This week you could be one of the stars of their favourite show the X Factor, the next you could be some one that ‘looks familiar’. This has happened to so many start before you, don’t let that be your fate as well.

In order to stay fresh in people’s mind, you literally have to be every where. That means on TV shows, magazine shoots, radio appearances and much more. You need to make sure people can see your face, and enough for it to stay permanently in their heads. Don’t be just another person that was on a show once, make yourself in to a household name.

So what are the best ways to get these public opportunities? Well, in all honesty they will often come to you as you’ve been part of the X Factor live stages. I’ll give you a valuable tip though, don’t do any opportunities that will have you make a fool out of yourself. As soon as you start doing these shows then people will stop taking your seriously, and you’ll be categorised as just another desperate celebrity. I know they say that all publicity is good publicity, but that simply isn’t true.

In the UK many X-factor contestants did very well by appearing on celebrity themed shows such as Big Brother and I am a Celebrity get me out of here! So if you get the opportunity to go on one of those types of shows grab them with both hands.

Get A Team Behind You

In the unlikely event that you don’t have offers from a record label to take you under their wing and sign, the next best thing is to build up your own team to push yourself to the top. At this stage you should have money coming in from sponsorships and interviews, so reinvest this money into building up your career. You’ll need to get at least some one who can effectively promote your music for you as well as a manager They will get you gigs, handle all your business transactions and the like. Make sure these two people have experience at doing this before, as now isn’t the time to have people who will just learn along the way. You need to take advantage of your fame fast before people start forgetting about you. Look in to what this manager and promotions person have done before, make sure their previous projects were on a decent scale and they’ll be able to push you as far as you need. Never just take their word for it, always ask to see proof as you don’t want to chance anything at this stage of your career.

You may also want to get other people behind you, as more hands make lighter work. Remember however, the more people you have, the more it’ll cost. You want to make sure your money lasts you over a good period of time without drying up, at least six months. Don’t over hire, instead you can build a street team who will be happy to promote for you in exchange for a free copy of your CD and some signed merchandise.

Ideally you’ll sign a record deal once coming out of the X Factor, but if not you can still make a success of your music career by building up your own team and doing it yourself. If record labels see you’re doing well on your own then most likely they’ll try and sign you then anyway.

One of the most important things you can do once the X Factor has finished is to set up your own website. Ideally you will have already had a website pre X Factor, but if not get to setting one up right away! You website will be a place where you can communicate with fans, as well as keep people informed with what you’re doing.

Having a website is one of the most important promotional tools any musician can have, as it will literally allow any one in the world with an internet connection and computer see what you’re up to and listen to your music.

If you want a website made for you, there are plenty of places online which can do good websites for a decent fee. I’d advise you look around online at various offers and styles before you decide to settle for one, many people make the mistake of going for the first option they see, which usually ends up being the most expensive one.

If you don’t mind getting a little bit technical however, using the blogging platform WordPress.org you can set up your own website for very little costs indeed.

On your website you’ll want to include tour dates, a shop page where people can buy your music in both digital form and hard copy, some information about yourself, photos, and a place where people can keep updated with your latest goings on. Just check some of your favourite musician’s websites for some ideas of what you can include on your website.

Every year after the X Factor show has finished, something called the X Factor Tour happens. As the name suggests, this is a tour which includes a number of the X Factor acts. The tour happens over a couple of months, and gives the contestants the chance to gain more exposure via performing live to fans of the show.

As you will have made it as a finalist, there is a good chance you’ll be invited on the X Factor tour. Usually the tour consists on those of the 10 finalists that want to take part, as well as a few talented acts who were loved from previous rounds.

If you get the chance to do this tour, my advice would be to take it. It will bring up other opportunities for you, such as meet and greeting fans which is a good way to get life long fans as well as the selling of any of your songs that you have recorded since the show.

While you’re not paid huge amounts to go on this tour and have to cover some of your own expenses, it’s worth doing for two main reasons:

For these reasons, it’s worth going on the X Factor tour.

When you’re on the tour, focus on building up your own personal name, and directing people to your website to build up your fan base. Make the tour work for you, and use it as a way to keep your name out there.

Well, we have reached the end and chances are you have read this whole book long before you have even done your first audition for the X-Factor and I sincerely hope that the information I have provided here will give you the best possible chance of winning the whole thing!

As I said at the start it saddens me to see such great talents fail to sometimes even reach the live shows because they haven’t got something right somewhere along the line. Now you have read this book, you will have the best possible chance for success.

Just remember that having the right mentality is probably one of the most important things to have in your locker and just make sure you do enough on the show to ensure that you will be remembered should the worst happen and you don’t actually win the show.

I have given a few examples of contestants that haven’t won and have gone on to have great careers not just in music but within the media too, so just remember that even appearing on X-factor will open a lot of doors for you that wouldn’t normally be open to just anyone.

I wish you good luck and I guess I will be seeing you on the TV very soon!