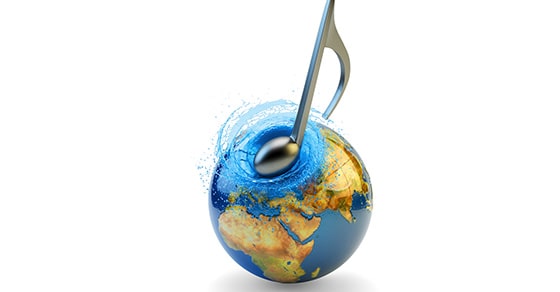 Do you pay attention to news and world events? Are you fascinated by what’s happening across the globe, and do you have strong opinions about it?

If so, your attention on the media could actually be benefiting your music career. Not in a sleazy, manipulative kind of way, but more in a relevant, timely and controversial kind of way.

Most publishers and media companies present stories with a great deal of bias and spin. This is partly what keeps people glued to the tube. They get addicted to the emotional roller-coaster.

Is there room to interject with your own voice and music? Absolutely. Here’s how to use world events to promote your music.

Host A Fundraiser Event And Promote Your Music

It’s not at all uncommon for musicians to organize fundraising concerts, especially for countries or localities where disasters have recently occurred. You’ve probably seen these kinds of events in your own hometown.

In 2011, I hosted a fundraiser for Japan after the Tōhoku earthquake and tsunami. Attendance wasn’t what I’d hoped for, but we still raised a good chunk of change.

If you’re going to organize an event like this, beware of “fundraising fatigue.” You could probably find a new cause to get behind every few months, but if you do that, people are going to be on to you and call you out on your promotional “tactic”. A fundraising event should benefit you too, but don’t just jump on every cause because you can. Also pay attention to other musicians hosting similar events.

Note: you can also host events for “evergreen” causes like cancer, but then it isn’t always as timely. You would have to look for a prompt from a world event for it to be top-of-mind.

Unfortunately, many notable musicians have passed away here in 2016. Prince, Merle Haggard, Frank Sinatra, Jr., Glenn Frey and David Bowie, among others.

Again, you risk appearing self-interested whenever you leverage a current event, but we’ll say you were a fan of David Bowie, and his music influenced you in a big way. Then hosting a tribute show or making some kind of tribute video for YouTube would be appropriate. Just make sure it’s genuine and it’s a legitimate tribute. Avoid throwing together something at the last minute just because you can.

In April, Stevie T posted a tribute for Prince, and he performed the “Purple Rain” solo in a video. Take a look:

Blog About World Events And Related It To Music

Blogging is a form of “pull” marketing. You’re drawing people to your site by creating interesting content for them to read. Covering current events on your blog is a great way to boost traffic to your site and get people engaging with you.

In July, I recorded a podcast episode about Pokémon Go. Now, I didn’t just create that content for the sake of creating it. I put a lot of thought into what I wanted to say, and what the music industry can learn from the success and popularity of the game. If you’re going to talk about world events on your blog, you should always offer your unique perspective and encourage discussion.

Blogging is an indirect music promotion strategy, but I think you’ll agree with me that you have a better chance of getting more online sales by driving people to your website than not. Plus, you’ll stay top-of-mind with your audience, which can only help.

Tie In A Song With A World Event 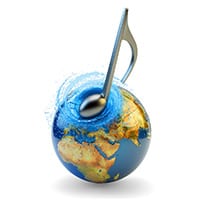 An acquaintance of mine and Calgary local Amy Thiessen recently recorded a song called “Alberta Roads”, which was inspired by her national (note: Canadian) touring efforts.

I have an instrumental song called “New Chapter” which I wrote after turning 30. That’s more of an evergreen approach to the same idea, but among my friends, it’s actually quite timely.

U2’s “Sunday Bloody Sunday” was inspired by events in Northern Ireland, namely the Bloody Sunday incident in which British troops killed unarmed protesters and bystanders rallying against imprisonment without trial.

Bottom line: music has a long-standing connection to politics, war, and natural disaster. Even if your song doesn’t make a direct reference to the event it’s covering, it can still be quite relevant. Tying in a song with a recent occurrence is a strategy that’s been around for ages.

Let’s say, for example, that you’re in a disco band. Since it is a rather polarizing and older genre, getting regular exposure for your music could be difficult. This is why you would jump on relevant trends as they present themselves.

There could be annual disco events you could get booked at. Disco could make a resurgence and hit the news – and of course you would be waiting in the wings ready to pounce. Disco dancing could make a return, which would create a high demand for your band in clubs and other venues.

So if you can’t see yourself hosting fundraising events, creating tributes, blogging about the news, or tying in a song with a world event, you still have the opportunity to jump on relevant trends. The key is a) to identify what it is you represent, and b) stay abreast of what’s happening in the world. You could set up a Google Alert for “disco conventions”, for instance.

I’ve cautioned you throughout, but it’s worth mentioning one last time: world events are not a device to build your music career on. To be relevant and relatable, we all need to pay attention to what’s happening in the world, even if it’s just in the industry we work in. But to profit off of other people’s hardship and difficulty is to cheapen your brand and music. There’s a right way and a wrong way to go about it.

Now, even when you’re crafting a PR campaign, the most effective approach is “finding an angle”. Not tying your news release to a cause or event is to risk being ignored. So it’s a matter of finding an angle that makes sense. Be shrewd, but also be generous and thoughtful.

So I’ve already created one of the (if not THE) best courses around on promoting your music and flourishing as a musician in general. That said, today I wanted to go a step further and bring you in on some hard hitting strategies that will gain you more fans, and that actually work in this… 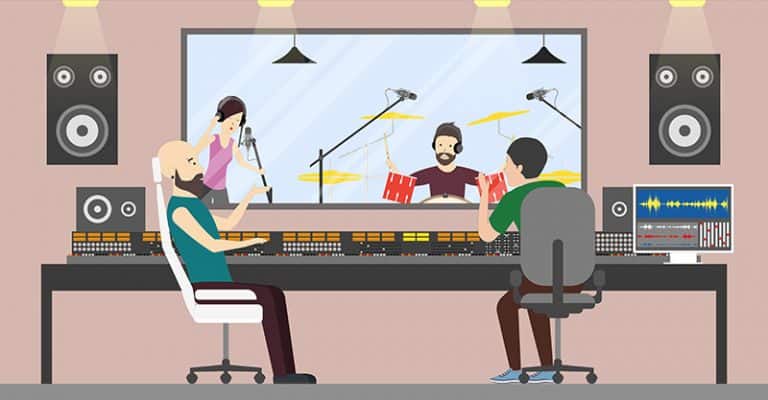 If you’re serious about music marketing, you can’t just set up a few social profiles and call it a day. Marketing requires a willingness to experiment, to take a long-term perspective, and to calculate your return on investment. If you keep doing the same things over and over and never get a different result, that’s…