You are here: Home / Make A Successful Band / How To Not Get Jealous When Another Band Member Is The Lead 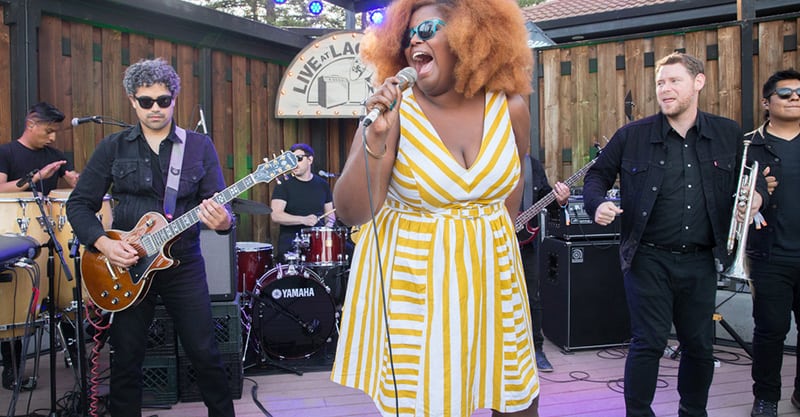 And yet, I love the way our band feels. I love being a “supporting musician”. It can be incredibly gratifying and challenging.

However, I have absolutely been guilty of getting jealous of the attention my band mates receive. The fact is, most people just don’t care about the bass player.

Being a unified team when you’re in a band is absolutely essential. I’ve been on both sides of this coin; having a band that feels amazing and is absolutely unified in its intention and commitment, and also being in a band where the future felt uncertain.

It’s absolutely possible for these two feelings to come from the same band at different times. I’ve been in this situation. Due to this crazy thing called “life”, my band was experiencing an identity crises, and it was scary and extremely unpleasant.

However, we’ve since resolved this issue, and I would say it’s almost back to normal.

Part of the reason for this is that above all we are friends, and we wish nothing but the best for each other.

Jealousy is a pervasive and dangerous feeling in any relationship. It tends to spoil your creative energy. Any success becomes tainted by these feelings.

Because writing and performing music is so wrapped up in an individual’s pride and ego, jealousy is not uncommon – especially when a single band member out of many gets most of the attention.

The fact is that there will be certain band member who are in the spotlight more than you are. It can be hard to keep a level head about this reality, so I’ve compiled some advice on letting go of that jealousy and working together with your band mates in a fulfilling and creative way.

Realize The Importance Of Your Role

It is key to realize how important your job in the band is.

The beautiful thing about bands as opposed to solo projects that hire musicians is that they are the sum of their parts. You can’t take away or replace a member without changing the sound in some noticeable way.

Every musician impacts the product in an inimitable way.

Nobody would have come up with that keyboard part except you. Nobody has an identical guitar tone. You come with your own set of creative tools that you bring to the band.

Realizing this simple fact can completely change the way you look at your musical project.

Here’s the truth: The lead singer is far more noticeable than the bass player or the keyboard player. They will get most of the attention. People will assume that they wrote all of the songs. It’s natural and normal.

You have to have confidence in your creative contributions, and the self-assuredness that what you’re doing is important.

Take What You’re Doing Seriously & Do It With Intention 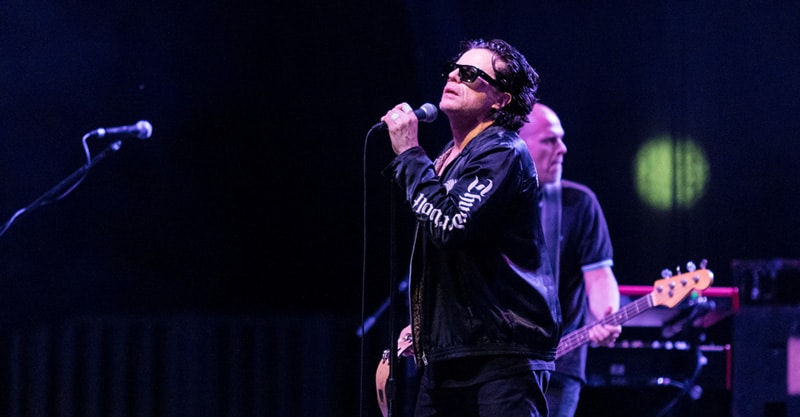 This goes along with realizing the importantance of your role in the band, but taking your job in the band seriously will greatly improve how you feel about it.

Once you realize the potential that you have to influence the band, and how important your contributions are, you can take your job more seriously.

For example, I am the bass and keyboard player in my band. The other two members of my band both share the lead vocal, so naturally they attract most of the attention.

Frankly, this was never much of a problem for me, because (up until recently) I hated the sound of my own voice.

However, it did occasionally rub me the wrong way when the other two would get much more attention for their performance than I did.

Then, when I realized how important my role was as a bass player in making the songs work live, and how much potential the keyboard parts I was making had, that changed.

I started practicing with a renewed vigor and making leaps and bounds in my playing. I started playing with more intention, and wouldn’t you know it, people started to comment on my playing as well.

Still not as much, but it also mattered to me less. I was very focused on getting better and making the band sound good, so I had no energy to worry about approval from anyone other than my band mates.

Make every part with intention and play the parts like you mean it, and your contributions will get noticed more. You’ll also be so satisfied with your work and your small improvements and victories, that it won’t matter anymore.

Get Involved With The Business Side

There are other ways to feel satisfied with your work as well. Being more involved in the business side of things can be a great way to feel a part of the team and accomplish a lot of great things.

In fact, I think that more often than not, it’s one of the “supporting musicians” that is the business lead. I know several bass players and drummers who do most of the business work in their projects.

It can often be a benefit if the lead creative in the band is not also the lead business contact. Of course, everyone should be involved, and work should be delegated, but there are usually one or two main business people.

These are the people who will be going to conferences, networking, sending emails, tour managing, and generally keeping everyone happy.

It’s a hugely important job, and your band will appreciate your work very much.

You’ll also receive a good deal of affirmation from the industry. Industry people tend to enjoy and appreciate musicians with a good head for business.

While you may not get all of the recognition at shows, being involved in the industry, networking, and making connections can feel just as rewarding.

I don’t know how your band works, and this may not work for everyone, but I think the splitting all songwriting credits equally is something worth considering.

Because everyone in the band has to put in a ton of blood, sweat, and tears to write great songs, it makes sense to me to just split the songwriting credits. 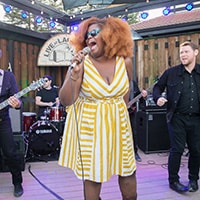 For my band, it always seemed crazy to keep the credits for ourselves. If one of our songs got some significant radio play or a licensing deal, and one of us suddenly had more money than the rest of the band, that would not feel right.

Everyone contributed to the song somehow, even if they weren’t the creative lead.

Everyone has to spend time away from home, work hard, and sometimes lose money.

If it works for your band, splitting all the songwriting credits is a great way to ensure your band has a united front.

Every victory is a victory for the whole band if the song writing credits are split in this way.

Pursue Another Creative Outlet Or Hobby On The Side

Many, many bands have members that have side projects and solo projects.

For one thing, not every song works in a band. Sometimes someone will write a great song that simply does not fit the band’s aesthetic.

Whoever wrote the song will probably still want to put out the song in some capacity, so that’s where the side project comes in.

Having another creative outlet will help you stay excited about music and will potentially result in some accolades of your own. If this reduces feelings of jealousy, then it’s a good thing.

A word of warning about side projects: If you have one, you need to be very self-aware of how your side project affects your main project, and very open with your band mates about your intentions with it.

The last thing that you want is for your band mates to feel that you are losing interest. You need to be very open and honest about your intentions with the project, and always make sure that the side project does not detract from your main project.

On that note, your side project does not need to be musical.

The drummer from Canadian indie-rock group July Talk is an accomplished bird photographer, and receives attention in that community for his work.

This is a side project that is very fulfilling and fun for him, but obviously does not detract from his contributions to the band or the band’s goals.

There are lots of ways to exist in the world outside of your band. Make sure you’re living a well-rounded life!

Contribute Creatively, But Don’t Be Precious 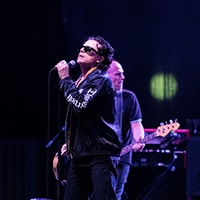 One of the most important ways you can improve your feelings of unity is by contributing creatively.

If you played a role in writing a song and creating parts for it, you will feel far more invested in the song and the project in general. You’ll be happier to just play your parts and be a member of the band.

Contributing creatively is without a doubt the best way to feel good about the work you’re doing and become less jealous of those whose work tends to be the focus.

Again, a word of warning about this: it’s very important to leave your ego at the door. If a part is not working, it does not mean that you suck or are a bad musician, or even that your part sucks. It just means that it’s not working.

You cannot be precious when you’re making songs. You have to be ready to have an idea, work it out, and then let it go if it’s not right.

You cannot feel jealous if one person’s ideas are getting picked over yours more often. This is often a better way to make parts.

Lead Singers, Do Your Part

It goes without saying that the lead singers or lead players in a band need to be aware of how important band morale is and how important it is that everyone in the band feels important.

Without being condescending, you need to be genuinely grateful and thankful to your band mates. Be appreciative of their contributions and listen when they have an idea.

Depending on the show, it can help to acknowledge the other band members during the set. Thank your band mates for putting on a great show. Be appreciative of their ideas.

Getting attention and accolades feels amazing. It’s so important to spread out those feelings of happiness with the whole band.

Lead singers, do your part!

My final, and most important piece of advice is simple: Stay friends.

Your band mates will quickly become good friends, even if they started out as strangers. That’s what music does to people, it brings them together and makes unlikely friends out of strangers.

It’s so important to have fun together, to do normal “friend things”, to hang out outside of the bands, and to sometimes just make music for fun.

Get together and drink some beers and jam. Go to the movies. Go out to see other shows. Organize stuff together.

True friends always wish the best for each other, and if you have this mindset, whenever any of your band mates receives attention and compliments, you will feel happy for them as you would yourself.

This can be hard to do at the best of times, but staying friends and being friends will be hugely important to the longevity of your band.

Music is fun, and everyone who plays a part in it is important.