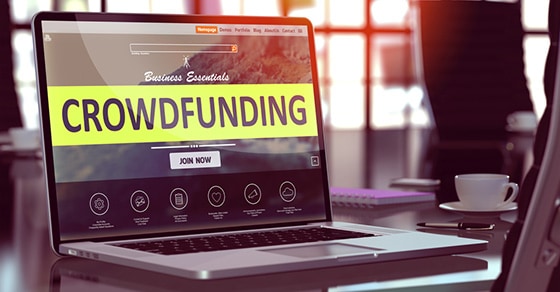 It seems like every artist is getting into crowdfunding these days. As a musician, there’s just too much to pay for and too little money!

Crowdfunding can be the answer to your financial woes. It can be a great way to connect with the audience you’ve built through little videos, shows, personalized “thank you’s”, and so on.

But there are a lot of people doing it. The problem with having so many people crowdfunding on platforms like Kickstarter or Indiegogo is that fans can get burnt out with people constantly asking for money.

That’s why you need to have a clear vision in mind when you set about starting your crowdfunding campaign. You need to know how to go about promoting your campaign without looking selfish or entitled.

Here some things you can do to look professional and avoid a failed campaign!

1. Always Be Upfront About What You’re Doing With The Money

People will know and find out if you’re not doing what you said you would do with the money they have given you. Crowdfunding to pay your rent is probably not a great idea.

You need to be clear about what you’re doing, how much it's going to cost, and why they should help you out.

Avoid trying to hype up your crowdfunding pitch with marketing terms you’ve seen in ads. This isn’t an ad. This is you as an artist, being yourself, and asking for money.

2. Don’t Be Afraid To Ask For Money Directly

Possibly the worst thing you could do to yourself is forget to ask for money. It’s a crowdfunding campaign, you should not be shy about asking.

Some people forget to ask for money because they are too shy or humble or worried about how others will perceive them. If you give a nice, accurate, honest pitch for why people should support you, you have every right to encourage them to become a supporter.

If you don’t ask because you think you don’t need to, you do. Whether you’re too prideful or just ill-informed, you do need to ask.

3. Invite Fans To Be A Part Of Something

Crowdfunding isn’t exactly a sales pitch. It’s a little different than convincing someone that they need your product.

What you need to do is invite people into an experience. They need to become part of the process.

If you’re going out and begging for people’s help, you’re devaluing the experience of being a part of the campaign. Who cares about your signature when you’re begging for help?

Being upfront with people, asking for their money professionally, and inviting them to be a part of the experience are great first steps towards a successful crowdfunding campaign.

Many non-profit organizations use this catchphrase because it’s true. Just because a motive is worthy does not mean people are going to donate their hard-earned cash towards it.

You need money – that’s why you’re crowdfunding. That shouldn’t really be your focus though. If you’re inviting fans to be a part of your journey, you need to make sure that the journey is worth their time.

5. Reach Out To Individuals 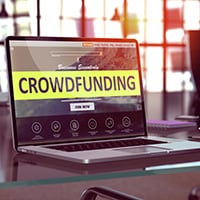 This should be your primary objective. At the end of the day, it’s not the “crowd” funding your project, it’s a bunch of individual people all saying “yes” to your music.

Think about it this way: how many of the fans who like your Facebook page are friends and family? A lot of them. These are the people you’re primarily targeting for money.

Why? Because how many times have you actually bought something from a telemarketer cold-calling you. Never? That’s right.

It’s pretty hard to convince people that don’t know you to give you money.

So don’t be afraid to personally reach out to people, by name, and tell them about your crowdfunding campaign. You don’t need to be pushy, just professional and nice.

Similarly, when you’re making Facebook posts and mailing list updates about the campaign, don’t address it to the crowd, think of it as though you were talking to a friend.

6. Know How To Reach Out To An Individual Without Offending Them

You’ve probably reached out to people individually for shows, ticket sales, and other things. You know how hard it can be.

For years I made the mistake of trying to butter people up before asking them to do something for me. Wrong. It makes it seem selfish.

The right way to ask someone to support you is like this:

I wanted to let you know about my crowdfunding campaign. We’re doing this Cool Thing and we’re getting close to our goal.

Also, I haven’t seen you in a while. Would you want to get together to catch up? I’m free for coffee sometime this week!

The analysis is usually pretty accurate, so you should use this data to come up with funding goal that's reasonable. Asking for too much: a) makes you look a little greedy, and b) makes it look much worse when you don’t get what you were asking for,

8. Give People The Option To Donate Large Or Small

Every donation counts. You don’t want to scare away people who want to donate $10, because that may be all they can donate. And you wouldn’t say “no” to $10 if you found it on the street.

You need to offer options for people to donate a small amount and still be a part of what you’re doing, and receive something of value in return.

Similarly, you need to provide the option for people to donate a lot of money. You never know when you’ll get someone who’s willing to throw down $1,000. But if there’s no $1,000 option, they won’t do it.

9. Make Your Rewards Good, But Your Mission Better

You need to have good rewards for the people that have generously given you their money. At the same time, people are really pledging because they’re inspired by what you do. So don’t focus too much on the reward.

Focus on your mission, focus on why you’re doing this. That’s why people are donating.

Lastly, always say “thank you”. It doesn’t take long to thank people individually, and you should thank your wider fan base for sharing your posts.

Want to know how to get beats for your next project? Then you’re in luck, as I’ve just made a video that will teach you just that. This video contains three top tips for finding backing tracks for your next project, whether it’s a single, album, mixtape, EP or LP. In the transcript below, I’ve…

Getting an outside company to press up your CDs can be expensive. While it will often give you the best results in terms of quality, sometimes the budget just won’t be there in the early stages of your music career. At a time like this, if you’re making a mixtape for example, you may want…

Recording and releasing a cover song is a great way to gain exposure as an artist, since it can serve as a gateway into your original material. One way to achieve this end is to do what the likes of Pomplamoose and Igor Presnykov have done – reinterpreting songs in their own unique ways and…