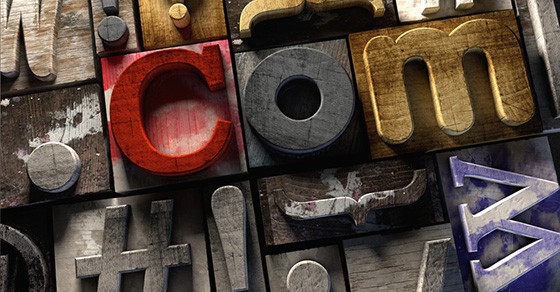 There are more domain name extensions available today than ever before, and by that we mean web addresses that don’t end with the typical .com, .org or .net conventions.

There isn't necessarily any shortage of .com addresses, though without a doubt they tend to be more sought-after, and you will rarely if ever find three, four, five, or even six letter .com domains that have gone unregistered.

Today, you can get really interesting extensions, like: .guitars, .guru, .club, .tips, .singles, and many others. So is it worth buying a .band or .rock domain name? Here are our thoughts.

P.S. if you haven't built your music site yet, here's how to do it easily.

.com Is Still The Standard – .band And .rock Aren't

People online have become accustomed to entering .com in their browser windows. Old habits die hard, and it still remains the most recognized extension for web addresses.

Other legacy extensions like .us, .net, and .org are fairly widely accepted and valid, but when it comes to .ninja, .email, .careers and the like, people aren’t immediately going to make the connection that you’re talking about a website.

That’s what happened when I first heard Chris Brogan talk about owner.media, which is indeed a real web address pointing to his business, Owner Media Group Inc.

I also have a .info address myself, partly because it was inexpensive, but I have no plans of using it for one of my main projects.

So we suggest sticking to .com whenever possible. Not convinced? Read on.

There are domains out there being sold at absolutely absurd prices. Just check out these examples.

This isn’t to suggest that there aren’t .com domain names that are equally expensive, but in most cases, you can register them for $9.99.

In addition, you can definitely get .band and .rock domain names for a lot less than some of the previously mentioned examples, but they still tend to cost more than .com domain names.

For most artists, it simply won’t be worth the extra trouble.

There Could Be Complications With Ranking Non Standard Domain Names

The early days of the web were considered the “Wild West” of the internet. And to some extent, we’re still living out those Wild West days. But the internet is a far more competitive place today than it used to be.

When the term “blog” was beginning to come into common use in 1999, publishing and sharing content was kind of a big deal. Ranking in search engines was easy, and tended to happen more or less instantaneously. People would actually comment on each other’s posts too. Imagine!

Today, you can run a search for just about any niche and find a site that covers it in detail. If you want to become a publisher, you can, because there are very few barriers to entry. 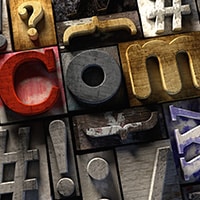 This is fantastic news if you’ve dreamed of setting up a blog and covering a topic you’re passionate about. This is bad news if you’re worried about being overshadowed by your competition.

But more to the point, we’re still not sure how search engines are going to treat domains with weird extensions. They may not see them as quite as authoritative and legitimate as .com sites, which means that even if you have really great content, someone else could come out on top simply because they've invested in a .com domain name.

This is yet another reason it wouldn’t be advisable to use a .band or .rock domain as your home base on the web.

Let me explain. We’ll say, for example, that your band name is Marianas Trench, and for some reason you’re not aware of the Canadian punk rock band of the same name.

So you notice that marianstrench.com isn’t available (not surprising – the site is about the actual physical location in the western Pacific Ocean). But hey, marianastrench.band is available, let’s go ahead and register that (in actuality, this domain is already registered and unavailable)!

I’m sure you can see what the problem is. Even though you may have thought that you found a clever workaround, you actually registered a domain for a band that already exists!

A lot of .com sites are also registered (and by that I mean copyrighted and trademarked) artists and businesses. So just because you get greenday.rock and not greenday.com doesn’t mean that there isn’t already a Green Day (there is)!

In general, it’s not a major problem if you’re in a different industry. For example, we’ll say there’s a refrigeration company called Atomik Penguins, but not a band of the same name. That would mean you could still claim it as a band name. But I’m not a lawyer, so don’t take my word for it. Let’s also keep in mind that some big businesses may not respond well to an arrangement like that (think Fox, Forbes, Time, etc.).

Now, you should always do your research when you’re trying to decide on a band name and registering a domain. Look for a unique name. Make sure you can claim social media accounts with the same name. All that kind of stuff.

But just because you could register collectivesoul.band (it's actually available as of this writing) and not collectivesoul.com doesn’t mean that there isn’t already a competing entity in place.

If you want to experiment, be our guest. For the reasons mentioned here, and others, there’s simply no reason to register domains with extensions that have yet to find their footing. But if you want to start a side project, and you don’t really care about the outcome, it’s okay to have your fun.

We also have to remember that artists like Green Day, Collective Soul and Marianas Trench are established. If fans absolutely had to go to a .band or .rock domain name to find them, they probably would, but that’s only because these bands have built up to that level of notoriety.

Independent artists need every advantage they can get, so you need to stick to the basics. Secure a good .com domain name with no special characters (i.e. numbers or dashes) and you should be good to go.

When it comes to blogging as a musician, there are a lot of different thoughts out there. Some think it’s a waste of time. Others think it’s obligatory. Still others know that it’s something they should be doing, but aren’t. There isn’t necessarily a right or a wrong answer here, but if you aren’t already…

Today I’m going to show you how to overcome one of the biggest problems musicians face today: building up a consistent income. While I’m not saying this strategy I’m going to share will be the only thing you need to do to make your music career financially stable, it’s definitely a step in the right…

If you’ve been following my guides, there’s a good chance you’ve built your WordPress site to showcase your music on, and have all the needed pages up already. Next up, you’ll want to add plugins to your site to make it even more powerful! Now sure what a plugin is? Well according to WordPress themselves,… 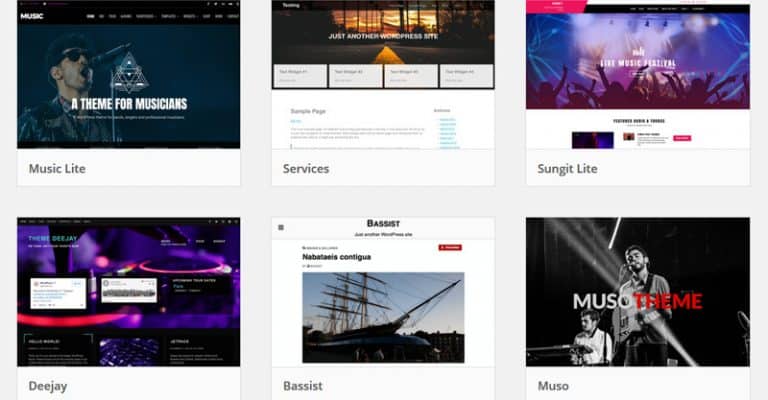 So you’ve made your music website and it’s got everything on there that your fans could want. There’s only one issue: It doesn’t look as good as you’d like it to! No problem. With pre-made WordPress themes, you can get your music website looking super professional in a matter of minutes! Here are some of…

If you’re a Full Access member of this site and have read even 10% of the 200+ guides exclusive to you, chances are you know the importance of having your own music website. Among other things: You’ll have total control of it, which will make it easier to set up an effective sales funnel. Unlike…

When it comes to marketing your music, it’s important you know what kind of impact your marketing efforts are having. After all, the last thing you want is to keep trying to get your music on a certain website if they’re not sending fans back your way. But how can you check what impact your…