The 1980s were a bit of a strange time in the landscape of popular, mainstream music releases. Most people generally tend to think of hair metal and new wave when pondering about the sounds of the era.

However, funk and soul were still quite alive, despite not readily being in the mainstream. The following bands are some of the best from the decade, many of which had careers long before the 1980s.

The 1980s saw the group incorporating different musical elements to stay relevant with the times. In many ways, the band had an electronic sound, mixed with an edge, while still being velvety smooth.

There is no doubt that Earth, Wind & Fire is one of the most important bands of all time. Selections of their catalog from any time period still manage to hold up quite well to today’s musical tastes.

You might be a little perplexed to see The Temptations on a roundup list article covering bands from the 1980s. Most people are familiar with The Temptations through their work of the 1960s and 70s.

While it is true that this group did reach success then, the 1980s proved that The Temptations still had relevance. In fact, The Temptations had a string of hits in the 80s, including, Treat Her Like A Lady.

As far as groups of singers go, The Temptations are definitely one of the most influential. They have enjoyed a place in the Rock and Roll Hall of Fame since 1989.

Sure, if you were willing to argue semantics, Prince’s inclusion here might cause a fit. Can a primary solo artist technically qualify as being a band?

Well, the truth of the matter is that Prince always had a top-notch band around him for live performances. You can find plenty of firsthand accounts of how he demanded the best of the best from everyone’s musical talents.

Plus, let’s not forget the fact that Prince was one of the most prolific and important artists of his time. His work will endure far into the future, which is deserving enough to be on any list.

If you aren’t into go-go funk music, you might not be so readily aware of a band like Trouble Funk. However, this band was incredibly instrumental in bringing the go-go funk sound into the mainstream.

What’s interesting about Trouble Funk is that, despite being a funk band, they often shared shows with punk bands. This fact is just another example of the open-mindedness shared between 2 completely different music scenes.

Trouble Funk never really had a massive hit, but their influence extends far beyond that. Many groups, including Public Enemy, have sampled Trouble Funk’s work to great success.

Like Trouble Funk, another prominent band to come from Washington, D.C. is Experience Unlimited. This group managed to break into the mainstream quite successfully throughout the 1980s.

Are you familiar with the Spike Lee classic, School Daze? If so, chances are, you’ve heard Experience Unlimited’s biggest hit, Da Butt.

Despite all of the years that have passed since the release, this song is still fairly popular. Of course, when it’s featured in a classic film, it’s almost guaranteed to be a mainstay of pop culture.

Chic is another band that some might argue with based on semantics. Most people are familiar with Chic and their string of hits in the 1970s.

After all, there are few people on Earth who haven’t heard the song, Good Times. It’s been featured in almost every form of media and has been sampled endlessly since its release.

Chic is also the musical home of Nile Rodgers, one of the most important guitarists of the last 50 years. Anyone looking to up their game on rhythm guitar would do well to study his playing habits.

It’s true, Chic did hit a rough patch in the 1980s as mainstream musical tastes began to shift. However, they are back at it and still going strong, with their musical contributions still holding plenty of weight.

Most people are familiar with Lionel Richie from his massively successful solo career. He’s responsible for releasing some of the most colossal pop hits to ever be recorded.

However, Richie actually got his start with the group, Commodores. You’re probably familiar with this group from their smash hit song, Brick House, released in the later 1970s.

While Richie did leave the group in the early 80s, Commodores still had some hits up their sleeve. The most notable was the track, Nightshift, which bagged the group a Grammy Award.

Dayton, Ohio has long been considered to be the home of funk music. With this in mind, it makes sense why the band Heatwave had such an infectious sound in the 1970s.

Like most bands that had the slightest touch of disco in their sound, the 1980s weren’t kind to Heatwave. Despite this, the group still had moderate success throughout the decade.

As far as funk is concerned, there is perhaps no larger presence than that of Parliament-Funkadelic. Both Parliament and Funkadelic are musical collectives spearheaded by George Clinton.

Over the course of time, P-Funk would produce some of the biggest hits that funk had ever seen. Not to mention the fact that a few musicians of the collectives have gone on to receive worldwide acclaim.

While these collectives reigned supreme in the 1970s, the beginning of the 80s saw some musical contributions. However, the reputation of these groups ultimately allowed George Clinton to have a smashing success in the 1980s.

Even today, it’s hard to escape the long fingers of funk that P-Funk had recorded throughout their career. P-Funk will forever be one of the greatest, and nobody can argue that fact.

Kool & The Gang is another group that could be considered one of the most important of all time. Listening to this group’s works from the 1970s and 80s is like listening to 2 completely different bands.

Of course, Kool & The Gang really cut their teeth with their funk stylings of the 70s. Where many other groups failed, Kool & The Gang managed to change their sound to stay relevant in the 80s.

In fact, you could almost consider Kool & The Gang to be a bonafide hit factory. The tracks, Get Down On It, and Celebration, have been used for any occasion that needs an upbeat, smiling sound.

Kool & The Gang is one of those rare exceptions of a group that has withstood the tests of time. They’ve been consistently at it since the mid-1960s, with each lineup iteration offering something unique and valuable to their sound.

Are you familiar with the hit song, Shout, that came from the late 1950s? That song was originally written and recorded by The Isley Brothers.

While The Isley Brothers are perhaps known best for their earlier works, they were still active in the 1980s. Unfortunately, while the group was still successful, they eventually disbanded, with some passing away shortly after.

Nevertheless, the legacy of The Isley Brothers still lives on today. The group was extremely fundamental in pushing the sound of soul music into the mainstream.

Need further proof that Ohio was a hotbed for some of the greatest funk music ever written? Look no further than the group, Ohio Players.

Again, this is another group that rose to prominence in the 1970s, especially with their hit track, Love Rollercoaster. The 1980s saw the group in decline, though they were still releasing music throughout the decade.

Despite the group’s decline, many of Ohio Players’ tracks did manage to land on the charts. Knowing the changing landscape of mainstream musical tastes during this time, this was no small feat.

The Spinners were another prominent vocal group hailing from the Motown era of the late 1950s. By the 1960s, The Spinners became a household name, with their biggest success coming in the 1970s.

If you aren’t sure if you’ve ever heard of The Spinners, think of the song, The Rubberband Man. This is perhaps their biggest hit throughout the many decades of song releases.

The early 1980s saw The Spinners still being quite relevant with respect to mainstream audiences. Their cover of Working My Way Back To You managed to become quite a hit in its own respect.

Believe it or not, The Spinners also had a role to play in the popular parody film, Spaceballs. The group contributed a recording that served as the film’s theme song.

The simple truth of the matter is that the 1980s were a decade of shifting musical tastes. What was once extremely popular a few years before became avoided as if it was a sort of poison.

Many groups that had a funk/disco element to their sound, unfortunately, fell to the wayside, though some did transition. However, their legacy lives on, influencing those with a keen ear for incorporating different elements into their own playing. 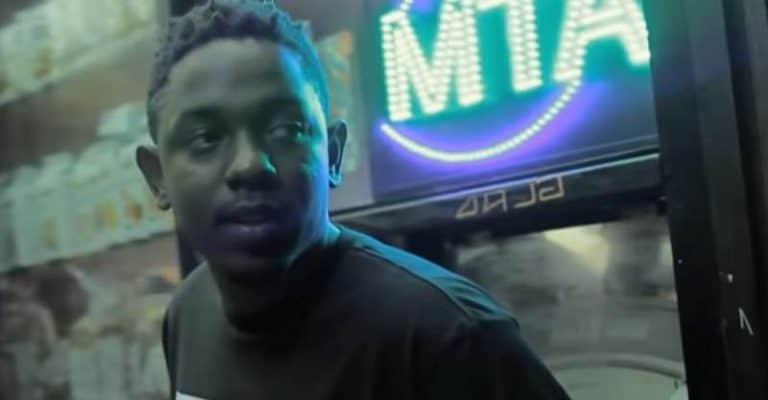 Kendrick is unafraid to speak truth to power, and his best songs demonstrate his bold and fiery passion as well as his creative and poetic storytelling abilities. Lamar’s music touches on street violence, drugs, police brutality, poverty, love, racial injustice, black pride, and much more. Here are the best Kendrick Lamar songs, in no particular… 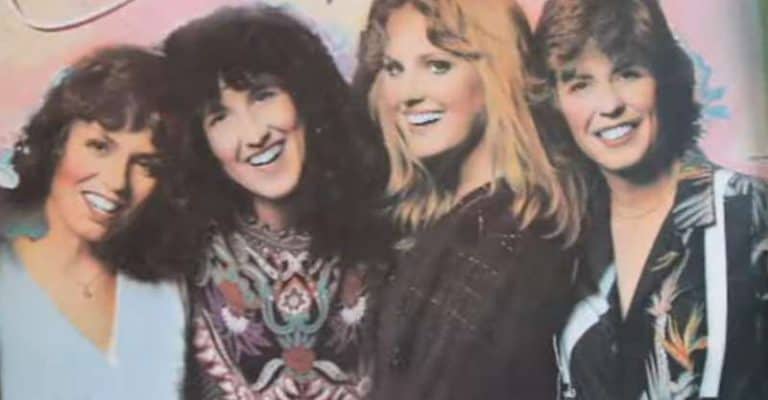 In the 80s, girl bands produced sounds as varied as their artists. There were pop bands, rock bands, R&B bands, and more. Some bands took inspiration from the 1960s girl bands before them, and others carved out their own unique sound. All are worth remembering. Here are some of the best girl bands of the… 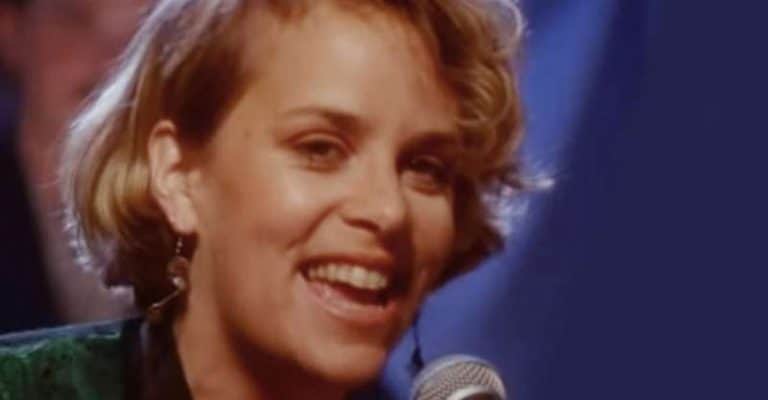 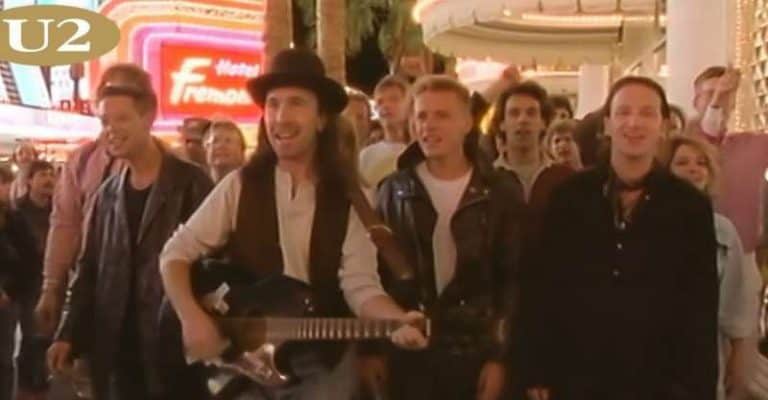 From its underground origins in the late ‘70s and early ‘80s to its mainstream breakthrough in the ‘90s, alternative rock has long been a favorite of the youth. No matter the style you prefer, we are going to rank the best alternative rock bands ever. Without further adieu, let’s look at those bands who stand… 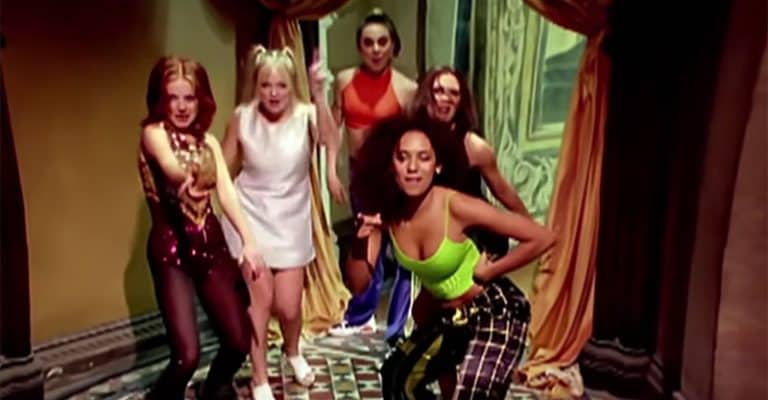 The 1990s were truly a golden era for all forms of media, including music. Perhaps it’s from looking at the past with a nostalgic lens, but it was a pinnacle time in Western civilization. It was also a time when females really emerged into the music world. Many of these groups absolutely dominated the airwaves… 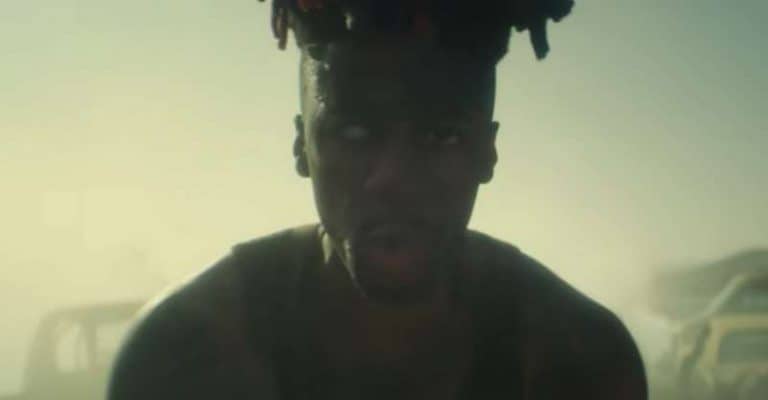 Dax is a Canadian rapper, singer, and songwriter from Los Angeles, California. His versatile rap style and thought-provoking lyrics make him a dark-horse fan favorite. He writes, collaborates, and puts on a great show. Explore some of Dax’s most popular songs and see for yourself.