If you're on the lookout for a new flexatone you're in luck. Below, we’ve compiled a list of the best flexatones on the market today – our top recommendations are listed last! Let's get into it.

The LP1-8 Deluxe Flexatone is one of the best rated flexatone on the market. It's made by Latin Percussion, who makes high-quality percussion instruments of all varieties. This model is their top flexatone.

This flexatone is slightly larger than the aforementioned Latin Percussion Standard Flexatone, but it's still playable. Some players with small hands or short fingers may find it a little harder to use, and should buy the Standard Flexatone instead.

The benefit of a larger instrument is a larger sound. This flexatone is loud enough for any application – rock bands, musical theater pit bands… any live band will find this instrument loud enough.

The LP1-8 Deluxe model has two beaters and a standard flexible metal saw that creates the sound. The tone is high and glossy. Theoretically, you can play anything on this flexatone – Latin Percussion advertises that they have heard “The Star-Spangled Banner” played on the instrument!

If you are a serious percussionist with a large set of hands, you should buy this flexatone. It's the most expensive on the list, but it's also the best instrument on the list. Latin Percussion makes good quality instruments. If you're looking for a flexatone, you will be satisfied with this one!

This is the cheapest flexatone I could find on the internet, and frankly, it is not too bad. This instrument is simply described as a Flexitone Large and is made by a brand called Mid-East.

This flexatone is all black, and is quite large, as the name would imply. For some, it might be a little too large. If you have small hands, it can be tough to get your fingers all the way around the instrument, which is necessary because the sound is produced by squeezing the spring with your thumb.

But I think the average hand would be able to use the instrument – the Deluxe flextaone listed below is larger than this one.

As far as tonality of the instrument, it leaves something to be desired. Due to its size, you will find this flexatone loud. Nobody will complain they can't hear it! But the tone is a little bit tinny as opposed to high and glossy, like Latin Percussion instruments.

Overall, this instrument would be a decent buy for someone who wants to get the flexatone sound, but doesn’t want to pay for a professional quality instrument. This flexatone will work for most people in most circumstances.

This instrument is smaller than the Deluxe version, which is listed above. It will fit just about anyone’s hand, whether the player is a child or someone with short fingers.

The trade off is that the Standard Flexatone is not as loud as its Deluxe sibling and the range is slightly less than the Deluxe version too. Still, for most purposes this one will do the trick. People use this flexatone for everything from jazz bands, to pit bands, to magic shows.

It has two beaters and a flexible metal saw, which the beaters hit. Just squeeze the spring steel and listen to the pitch go up and down! This is a well-made, quality instrument from Latin Percussion that will suit everyone’s needs.

If you have large hands and are looking to take things one step further, check out the Deluxe Flexatone.

This flexatone is made and shipped out of Germany by EthnicTune and called the Flexatone Pro. This flexatone deserves its name! It's a professional instrument that looks and sounds the part.

Ethnic Tune has a demo of the instrument on their website that shows off the high, clear, and spooky sound of this flexatone. It has two beaters on either side of a flexible metal sheet. It features an attractive stainless steel style.

Overall, this is an excellent instrument. The only thing that holds it back is its limited availability. Because it's made in Germany, ordering it to the U.S. or Canada will take time and sometimes you can't order it at all.

The flexatone is a percussion instrument that has a small, flexible, metal sheet suspended in a wire frame. It has two beaters on either side of the sheet and a handle. When you squeeze the handle and shake the beaters, you will get a spooky glissando sound with some metal beating as well.

The Flexatone (sometimes called a “Fleximetal”) is a unique modern percussion instrument with a sheet of flexible metal suspended in a wire frame ending in a handle. It is famously used in cartoons for its glissando effect, and was also used in the theme song for Grand Theft Auto: San Andreas.

If you are confused about what a flexatone is and how to play it, check out this video demonstrating proper technique and giving you a taste of the sound. The sound is comparable to a musical saw, but imagine it being hit by marbles.

The flexatone was invented in the 1920s and was used in jazz bands for effect. Over time, the instrument became popular in orchestral and theatrical music, and it was a fad in funk music for a brief time in the 1970s.

These days, the flexatone is used because the sound is almost impossible to recreate with software instruments. It's simply unique! Recreating the beating of the metal beaters and the quick glissando is nearly impossible with any other instrument.

The flexatone is closely related to the musical saw, because the thin sheet of flexible metal is similar to a saw. In fact, the Ethnic Tunes Flexatone Pro that was mentioned earlier appears to be made partly out of a musical saw.

Most of the time, the flexatone is played using the beater, but it's also possible to bow the instrument. This creates a spooky glissando sound without the sound of the metal beaters.

What To Look For When Buying A Flexatone

Frankly, flexatones are very simple instruments. They should make a high, clear sound and be easy to squeeze. Ideally, the metal beaters will be well-built and not fly off immediately when you start to shake the instrument.

One thing to look out for when buying a flexatone is the size. If it's too large, then people with smaller hands (especially women and children) will find the instrument difficult to squeeze and play. If possible, test out the flexatone before buying. The Standard Flexatone from Latin Percussion should fit all hand sizes.

Besides that, look for a flexatone that produces a spooky, smooth, and high sound. It should sound almost ghostly – in fact, it's often used in cartoons for a ghostly sound. If the sound is too tinny, I would skip it.

What Is The Best Brand For A Flexatone?

The best brand of flexatone is Latin Percussion. They make the two most popular flexatones in North America, both of which are the top recommendations for flexatones from this guide.

Latin Percussion was founded in 1956 by Martin Cohen, who was infatuated with Latin Jazz, but could not purchase high-quality Cuban bongos due to trade embargos at that time. So, he created his own company.

Since then, they have faithfully recreated dozens of classic percussion instruments and patented many of their own creations. There is no doubt that Latin Percussion is one of the top percussion retailers in the world. They make good quality products and sell them at a good price.

If you are buying a flexatone, Latin Percussion should be your first consideration. They are the industry standard for many percussion instruments and they make great quality instruments.

The flexatone is a quirky instrument that makes a unique sound. It looks strange, it sounds strange, and playing it is almost guaranteed to put a smile on your face – if you watch the instructional video we shared at the beginning, you’ll see the instructor stifling a laugh the entire time!

The truth is, there are not many flexatones on the market. The four listed here are some of the few available. Your first choice should be Latin Percussion. If you are looking for something cheaper, but effective, try the Mid-East brand. If you live in the EU or UK, you can try the Ethnic Tune brand.

Hopefully, you found this guide instructive – if you have a specific flexatone or flexatone brand you think we should know about, let us know in the comments! 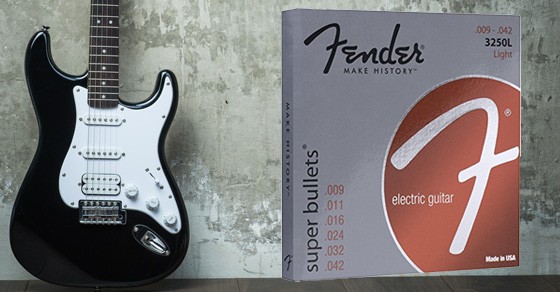 Guitar strings. Various known and respected brands, such as Gibson and Fender, produce strings with a variety of different materials and gauges. Some guitarists say, “strings are all the same.” But those who say that clearly haven’t tried many different kinds. Some strings have a brighter, twangier sound. Others are more robust and last longer…. 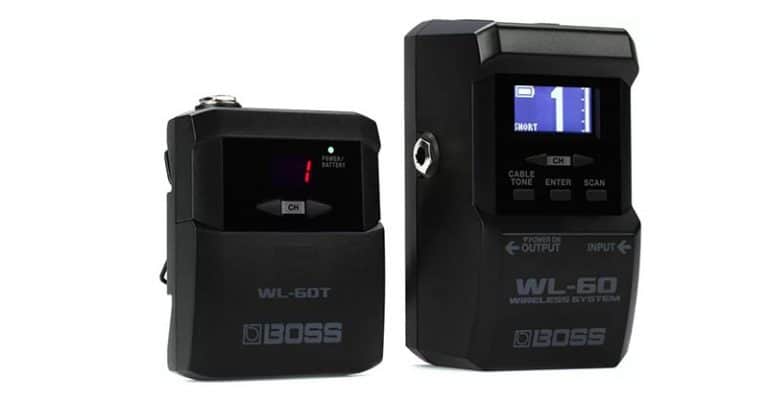 Playing the guitar on stage can be a laborious process, particularly when it comes to setting up your gear. Cables can prove to be quite the limitation. This is especially true if you’re the kind of guitarist that likes to move around on stage. You could very well end up wrapped inside of a tangled… 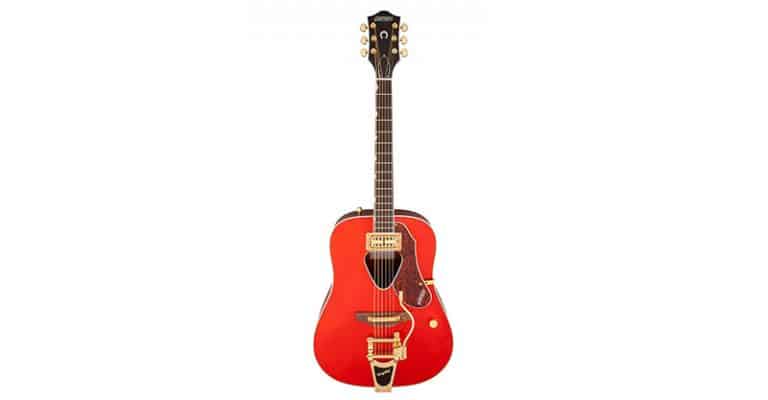 Gretsch guitars are known for having a very distinct style and sound. In fact, you really won’t find another manufacturer that makes guitars that look exactly as the iconic Gretsch guitars do. If you’re thinking of buying a Gretsch for yourself, you’ve come to the right place. This article will feature the best Gretsch guitars… 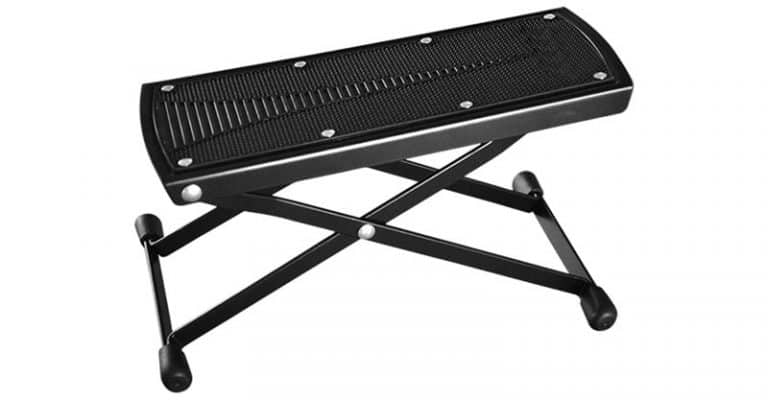 Guitar accessories tend to add up! A footstool is a must-have for most classical players, and other guitarists like to have them around for when they’re practicing sitting down as well. Trying to decide on a footstool can be a bit or a Herculean task with so many options out there. Fortunately, you found this… 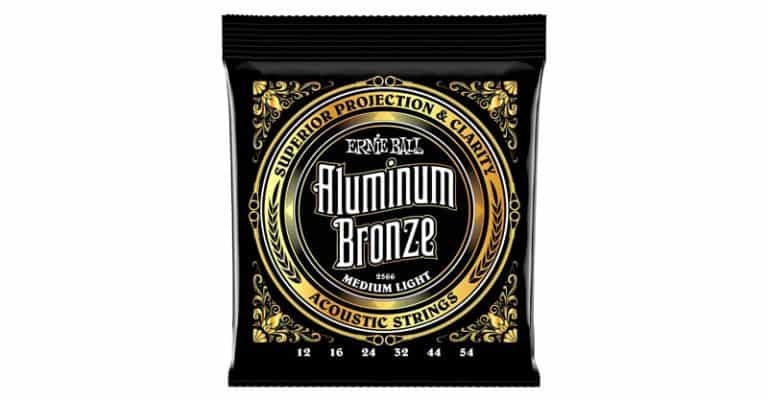 You don’t always think about them, but you do need them. Whether you’re on the road or at the studio, or even in the practice room, it’s a good idea to keep a spare pack of acoustic guitar strings on hand. When you break a string, you need to replace it. When your strings sound… 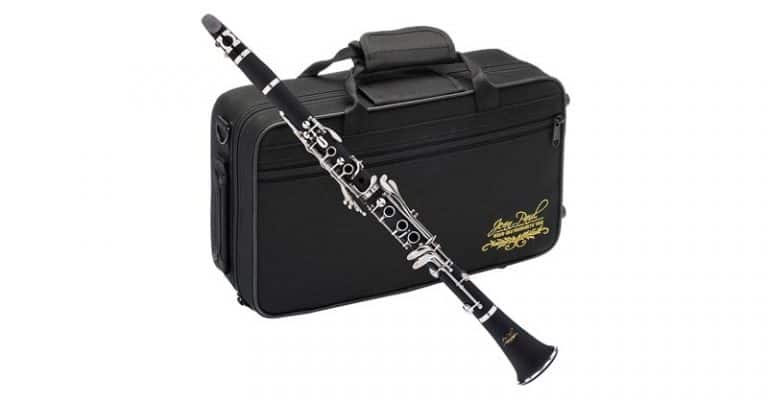 As a beginner clarinetist, or someone new to music, you may not know whether you’re going to be playing the instrument long term. The only thing you’re sure of right now is that you want to get started. That being the case, rushing to the store and buying the most expensive clarinet doesn’t make a…