You may be wondering, what is concert dance? And crucially, how does it differ from other types of dance? This article will strive to answer these questions and provide examples of concert dance to improve your understanding of what it is.

What Is Concert Dance? Definition

Let’s start with a definition of concert dance. It’s a bit tricky to pin down, but only because concert dance encompasses a variety of dances.

But a good rule of thumb is that concert dance is any dance done performatively. That means it’s a dance done with an audience to witness it. The result of this broad-strokes definition is that examples of concert dance include:

As you’ll notice, these are very different types of dance.

Now that we have established what concert dance is, let’s look at some examples of the genre.

Atys is an opera by Jean-Baptiste Lully. Lully wrote the opera in 1676.

Like all baroque operas, there was the obligatory inter-act dance. What’s distinctive about Atys, though, is that it featured the then-king, Louis XIV of France, as one of the dancers.

Consequently, it was affectionately dubbed ‘The King’s Opera.’

But, while the King’s dance was the most memorable part of the opera, it wasn’t the only dance. As was typical of the baroque era, the opera opens with a dance.

It also has quite a complicated plot, featuring any number of mismatched couples. But all you need to know to follow this dance is that the four zephyrs of Greek mythology dance Flora, goddess of spring onstage. She heralds the arrival of spring and upcoming nuptials.

Dance of the Willis From Giselle

In direct contrast to Lully’s dancing breezes are Adolph Adam’s doomed Willis. The Willis are the spirits of young virginal women who died before their weddings.

They wander the place of their death, often haunting and ultimately dooming their loves.

Adam blends the tragedy of the Willis with the elegance typical of ballet, and the contrast is striking. And while the eponymous Giselle resists her nature as a Willis, by the end of the ballet, she too condemns the man who spurned her.

Galop Infernal From Orpheus in the Underworld

Offenbach’s famous dance sequence is best-remembered today as the can-can. But when Offenbach wrote it, much of Orpheus in the Underworld poked fun at Baroque operatic excesses.

That includes a lengthy dance number that gets progressively faster and more complicated.

Composer Aaron Copeland wrote his cowboy ballet, Rodeo, during World War Two. It is subtitled ‘The Courting at Burnt Ranch’ and has five parts.

The most famous movement is the joyful ‘Hoedown,’ where the courting couple finally comes together to celebrate their union.

All That Jazz From Chicago

Copeland’s Rodeo might be a mid-twentieth-century ballet, but ‘All That Jazz’ is a completely different kind of concert music.

Earlier, we discussed musical theater and concert music, and Chicago is an excellent example. Set during Chicago’s jazz age, it’s a musical that plays with all kinds of dance conventions, from jazz to contemporary.

As an example of concert dance, the choreography of this rendition of ‘All That Jazz’ eschews formal ballet technique for something wilder and more contemporary. It’s not conventional jazz, but since jazz is a musical style that perpetually evolves, that’s perhaps appropriate.

Mambo From West Side Story

‘Mambo’ from Leonard Bernstein’s West Side Story is a different example of musical theater as concert music.

What’s interesting about the choreography for Bernstein’s music is that it retains the elegance of ballet, even as it blends it with newer, more innovative styles like jazz.

The result is concert music that feels contemporary, even today. But it’s coupled with an elegant choreography that gives grace and fluidity to the dancers.

Step Dance From Fire Shut Up In My Bones

We’ve talked about the important role dance used to play in opera. Back when Lully was writing for the Parisian court, no one could have seen how operatic dance music would evolve.

Fire Shut Up In My Bones is an opera that stands out for several reasons. For one, it was the first opera written by a black composer to debut at the Met. But it’s singular for another reason too; It integrates step music as concert music into Terrance Blanchard’s composition.

Like ballet, footwork and arm movements are critical to step dance. But they are very different movements. This is an excellent example of how concert dance evolved because it reflects how accessible it can be, even as it highlights a dance style integral to a particular culture.

Concert dance rose to popularity during the baroque era. At the time, the musical world was transitioning from the realm of purely sacred music to encompass secular art forms too.

That included opera. On paper, that sounds like it should be all about singing. But a staple of the baroque era was lavish costumes and sets, especially at the theater. These were gorgeous to look at but bulky and challenging to move.

Enter concert dance. It became conventional for every baroque opera worth its salt to include long, elegant dance sequences. These instrumental interludes allowed the orchestra to demonstrate its skill, but they also gave the performers time to change the sets while keeping the audience entertained.

As time went on, the grandiose and stylized technique of baroque concert dance fell out of fashion. Simultaneously, ballet became increasingly popular.

Ballet gave composers, and especially Romantic-era composers, opportunities to use concert dance to tell stories. The most famous of these is Tchaikovsky’s ‘The Nutcracker.’

But Tchaikovsky, while one of the most famous composers of ballet, doesn’t have a monopoly on the art form, and other memorable ballets include:

With the end of the Romantic era and the rise of twentieth-century music, many performers began chafing against the strictures of dance as formal as ballet. You can hear some of that in the evolving musicality of the era, especially when listening to:

The result is that these days, almost anything can fit the definition of concert dance. With that in mind, let’s look at some examples.

What Is Concert Dance? Final Thoughts

So, what is concert dance?

By now, you can appreciate that no two concert dances are the same. It changes significantly based on the composer, era, and style of music.

One thing everyone can agree on though: Concert music needs an audience. It doesn’t matter if it’s tap, jazz, or classical. If you dance before an audience, musicians consider it concert dance. 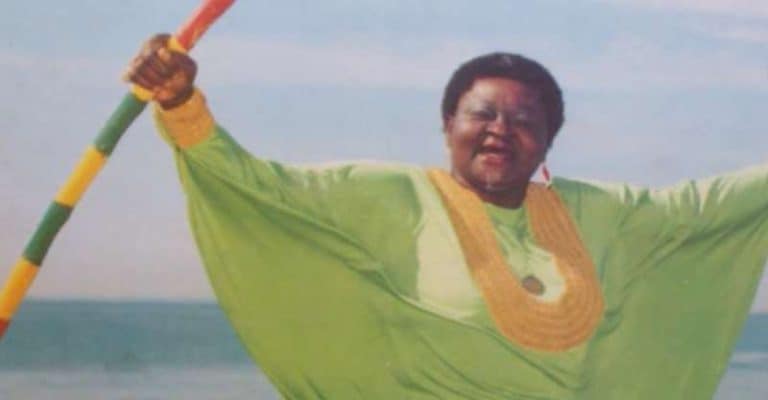 Calypso is one of the many genres of music that emerged from the Caribbean. Looking at its name, you might think it has some ties to Greece, but you’d be wrong. It originated from a West African genre called Kaiso and is characterized by a calypso rhythm, witty lyrics, and a call-and-response format. Let’s look… 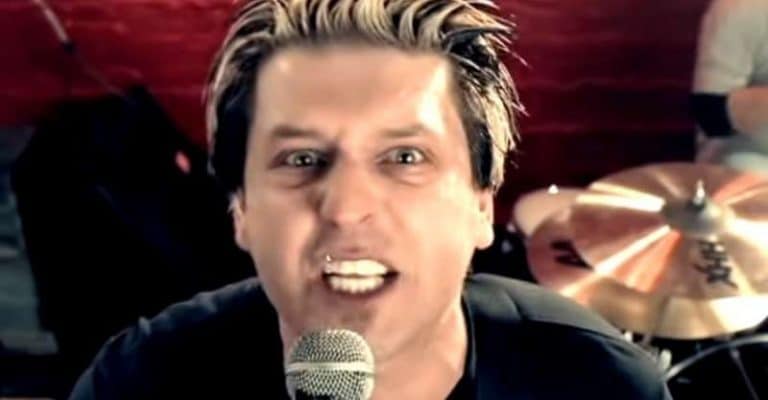 The Mighty Mighty Bosstones. Reel Big Fish. No Doubt. Streetlight Manifesto. These iconic bands represent the ska music genre with their exuberant horns, off-beat drums, and dance-ready melodies. In this guide, we will dive into what ska music is and its history, discuss some of its most popular and influential artists, as well as how… 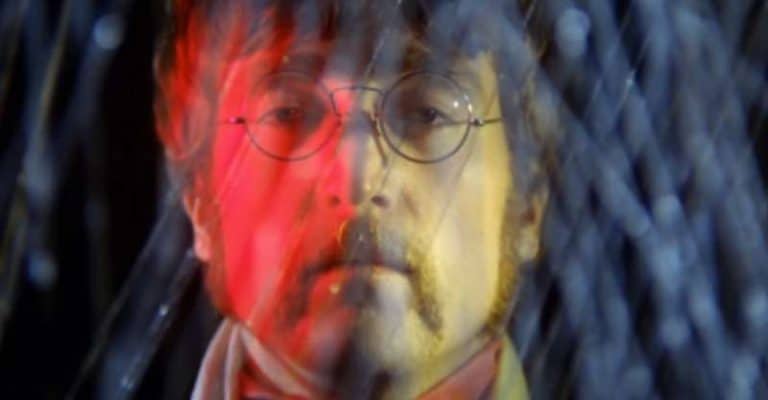 When you hear “psychedelic,” you undoubtedly think of multicolored imagery and experimental, mind-bending sounds. And you’d be right to think that. Psychedelia took over the music scene in the late 1960s with help from the hippie movement. Psychedelic concerts were a sea of tie-dye shirts enveloped in a hazy cloud of illicit substances. But what… 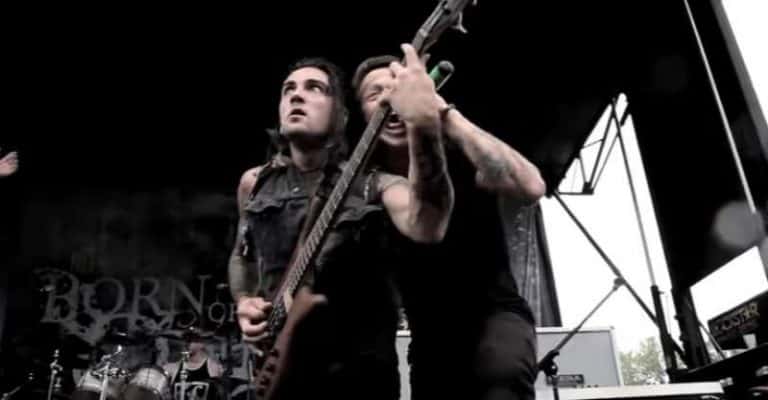