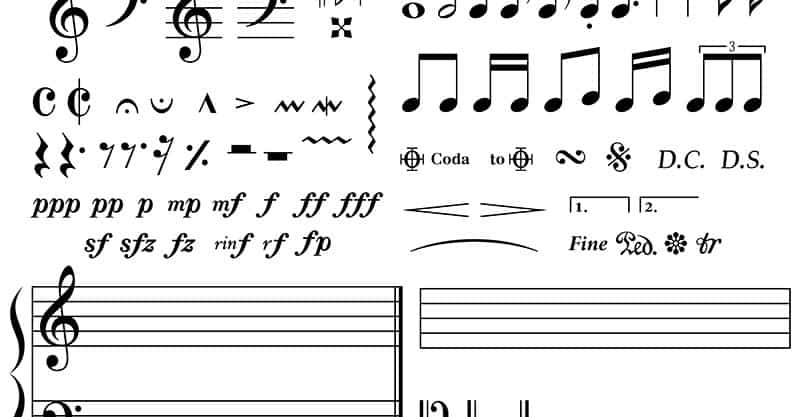 So you've heard the word coda, and know it's music related, but aren't quite sure of the meaning.

Well in this article, we're going to look at exactly what that is, how coda works and more.

What Is Coda In Music?

So what is coda in music?

While you'll find many technical definitions of the term, if often seems these definitions were written by scholars, which doesn't always help with trying to understand the concept for most.

The simplest way to explain it is that a Coda is a musical segment that brings the piece to an end.

Unfortunately, that can be too simplistic a definition to understand its function, purpose or necessity.

In a simplistic rock song, there probably wouldn’t be a need for a Coda.

For instance, there were plenty of songs in the 80s that relied heavily on fadeouts (at the end of the song), which meant that oftentimes choruses would be repeated until the song completely faded out.

The repeated choruses wouldn't be considered a Coda at all, for reasons that will become clearer as you read on.

But there are many composers, past and present, that would consider the Coda an important segment of their piece.

Prior to the growth of recording equipment, there was no such thing as fadeouts.

So, Codas were generally used to make a final statement. They brought a sense of completeness to the music.

But since a Coda is a final statement in a musical piece, it would often be a clear deviation away from the music that preceded it. The Coda would still feel a part of the song, but it wouldn't be like the final movement that came before it.

So, the Coda can bring a sense of balance to a musical piece, as a song is a journey made up of a variety of themes and movements.

The final theme or movement may be connected to the whole, but it doesn’t always resolve or bring cohesion to the entire song.

A Coda gives a writer or composer the chance to smooth everything out, in a manner of speaking.

With a Coda, a writer can bring back elements from earlier in the song to create a sense of completeness. They can also write an entirely new section of the song.

But How Does A Coda Work?

We’ve talked about the basic technical aspects of what a Coda is. But I have yet to address the structural aspect of it.

Without the structural aspect of it, I don't think the Coda makes a lot of sense.

And, while I understand why composers use it intentionally in their music as a compositional device, I’ve often thought of a Coda as a structural component of music.

That’s because, while a Coda does appear at the end of a piece, it also tends to happen after a specific section of a song, oftentimes the final movement, or after the entire song repeats.

And, a Coda is used to indicate where the song goes after the final repetition of a specific section is complete.

In music notation, you’ll specifically see a Coda sign to indicate where it begins.

But this doesn’t mean that the Coda is not valuable as a compositional device, so don’t misunderstand what I’m saying.

I just wanted to point out the functional role the Coda plays in a piece of music.

Are Codas Used In All Styles Of Music? 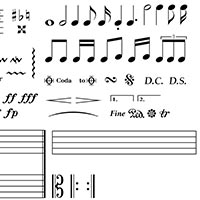 Earlier, I mentioned that in a simplistic rock song, you probably won’t find a Coda.

But that doesn’t mean you won’t find Codas at all in popular music.

After all, over the years, there have been plenty of brilliant writers in all genres.

For example, “Hey Jude” by The Beatles famously (or infamously) has a Coda that lasts almost four minutes.

And, even though I raised this example earlier, some songs that have fadeouts do have Codas too.

So, yes, Codas can and do appear in many forms of music. There basically aren’t any restrictions preventing you from using Codas in your music.

How Important Is It To Understand What A Coda Is?

As I mentioned at the outset, there are several reasons why you should know what a Coda is and what role it plays in music.

First, it gives you access to a common language you can use with other musicians.

Whether you’re writing your own songs or learning other people’s songs, knowing what a Coda is can help you navigate many musical paths.

Second, if you ever intend to be a session player, you better know your stuff. Not knowing what a producer or artist is referring to could put you on the chopping block.

Third, if you want to sightread standard notation, you’re going to need to know what a Coda is.

Fourth, if you’re a composer, then you should certainly know what a Coda is and how you can use it to create a sense of completeness in your music.

Now, I wouldn’t say it comes up in conversation all the time. And, in most musical contexts, you probably won’t be stopped if you don't know what a Coda is.

But the path to mastery is a long one, and Codas are just one small step on the way to your destination. You may as well get used to learning new concepts and ideas as you continue to advance.

Not to put too fine a point on it, but the Coda can be a cool section of music, especially if it is created intentionally.

It occurs most commonly in classical music, but that doesn’t mean it doesn’t show up elsewhere either.

And, if you’re a composer or thinking about becoming a composer, you’ll likely want to master the proper use of a Coda.

So, go and check out a few pieces of music featuring Codas. Get the sheet music if you can.

Then, study the composer’s thought process. Do an analysis and figure out what they were thinking when they wrote the Coda for their piece.

But don't stop there; there are a lot of musical terms to learn.

You don’t necessarily need to know them all. But you will find it beneficial to spend some time studying music theory, especially long-term.

Understanding music theory gives you a common language you can use with other musicians.

Further, if you’re booked as a session player, you’re going to want to be able to follow direction.

If you don’t know music theory, you’re going to make some rather obvious blunders that could cause you to lose your credibility.

And, most importantly, knowing music theory helps you express yourself creatively while exploring beyond the boundaries of the established rules.

“Coda” is a great example of a term that could come up in conversation, a lesson or in a book you're studying. And, that’s what we’d like to explore in some detail here. 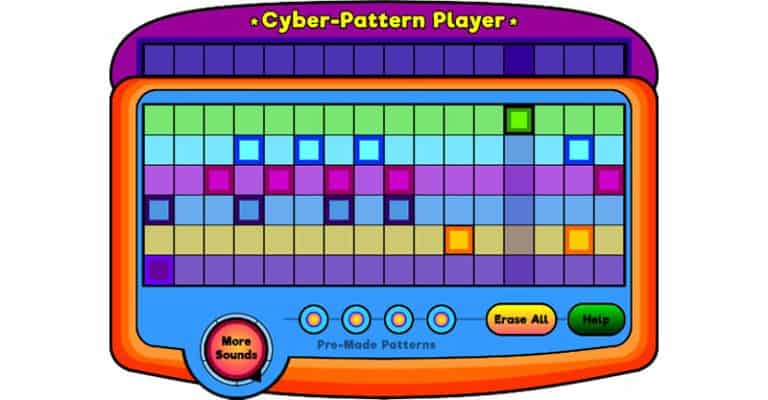 Music is supposed to be fun. But there’s no denying that learning an instrument can take a long time. So, what can you do to enhance and enjoy the process more? A great option for young students is online music games. Online music games can impart music theory knowledge and concepts – like rhythms, intervals,… 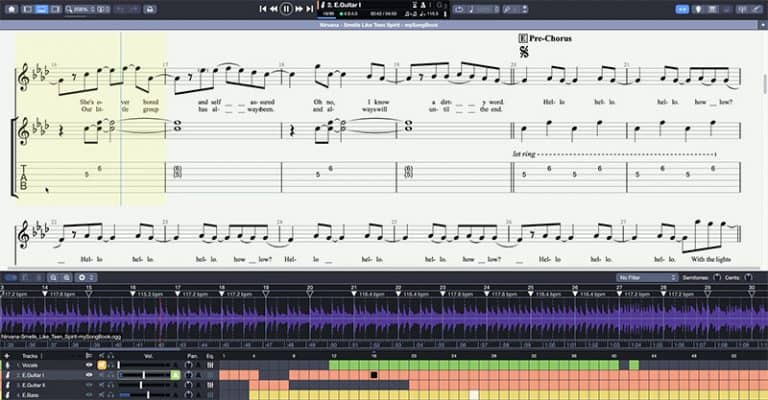 There is perhaps no better time than the present moment for somebody to learn the guitar. Technological advancements have allowed for the guitar to be learned in much more convenient ways than in the past. One way to learn the guitar is to use various apps and programs. You can bet that there is quite…

Woo hoo, another competition is here! Today the prize is supplied by the lovely folks over at Producertech, and is for this cool drumming course. As you can see the price is normally £49.99 to enroll (about $82), but I’m giving away two copies for free to my lovely readers. 😉 You can see what… 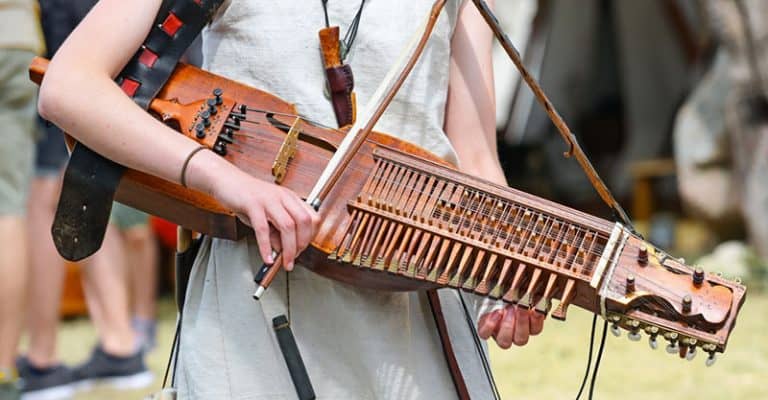 The harmonica, recorder, and melodica are among the most popular instruments to learn in school, especially in early grades. Students may branch out into orchestral instruments as well as the drums, guitar, and bass, depending on the courses they take on, but it’s fair to say there’s an upper limit to the types of music…

This is part of the keyboard playing tutorials series. Use it to improve your playing skills. What is feel? In music, feel is everything. The way you’re playing in relation to the musicians around you, or to the beat, or to the metronome is 100% as important, if not more important than the notes you’re…