You are here: Home / Getting And Performing Gigs / How To Engage Your Live Audience Using Story 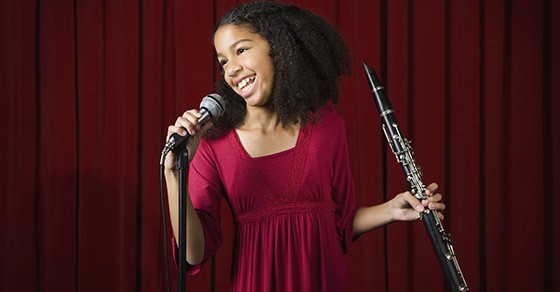 A widely held belief among artists is that their music is enough. They don’t think they need to work on their image, their stage banter, or their live presentation.

While it is true that great music is a good asset to have, unless you plan on being a studio artist and just marketing your songs for the rest of your career, you need to be thinking about how you’re coming across onstage too.

Even professional artists sometimes walk onstage and proceed to play two hours of music – without uttering a single word.

But people want to hear your back story, why you wrote certain songs, and what your creative process looks like.

This doesn’t mean that you need to share your entire life story. It just means that you should weave a little bit speech into your live performance. Give your audience some variation – something to latch onto.

Here are some tips on how to engage your live audience using story.

Figure Out What You Want To Share In Advance

When it comes to performing, many artists have a tendency of thinking that they don’t need to plan anything out. They walk onstage and assume that the magic will just happen.

But you won’t find that attitude among most professional performers who often work out every stage move to the very last detail. Contrary to what you might think, this actually helps them ramp up the excitement among the crowd – instead of diminishing it.

And when it comes to telling stories and sharing with your audience, the same idea applies. If you wing it, you’ll probably forget what to share, your message won’t be as clear as it could be, and your audience won’t feel any more connected to you than they would have otherwise. Check out this video to see a band’s stage presence transform before your very eyes.

You already put thought into your set list, don’t you? If you’ve ever recorded a full album of music, track sequencing is likely something you gave a lot of attention to. You want to take your audience on a journey, not leave them with a perpetual high or a permanent dip.

You should give the same level of attention to what you want to share with your audience. A few quick words can be effective at the beginning of the set, but towards the middle, you’ll want to go into more detailed personal accounts and stories. At some point, you’ll also want to weave in your call to actions and band member introductions.

Take some time to pick out the most interesting songs in advance. Some will have very engaging stories connected to them, and others won’t. You don’t need a story for every song, but you will need to space things out to keep audience interest.

Use Emotional Highs & Lows To Your Advantage

One of the reasons music is so powerful is because it makes people feel things. Stories have the same effect, and can be used strategically to heighten the experience. 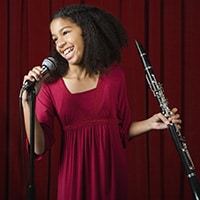 But as with track sequencing, the idea is to provide both resolution and dissonance – call and response. When you think about the way most songs are structured, it’s the same thing. Tension and release are used to create interest in the music.

On a practical level, this means injecting humor when the tension is really building up. This means getting excited and showing it with your body when you’re about to play a barn-burner. This means bringing your audience down after a high energy song to prepare them for a ballad. This means having the willingness to be vulnerable in front of onlookers. Make it personal.

Used effectively, emotional highs and lows can be great tools in helping you craft a thoroughly memorable and engaging set list.

Every aspect of a live performance requires practice – even storytelling.

The best thing you can do for yourself is to record and/or film yourself as you are sharing. This will be help you to be more objective. As you listen to yourself, you’ll begin to figure things out. You’ll go, “I really need to cut down on filler words”, or “I left that important detail out of the story when I should have mentioned it”, and so on.

And no, you don’t necessarily have to practice in front of a live audience, but I will say in advance that there is no better practice for honing your craft.

Also keep in mind that you don’t have to tell full-on stories like some singer/songwriters do. You can share an amusing anecdote, or a little trivia tidbit from one of your songs. The idea is to show your personality and give your fans something to latch onto.

It’s also worth learning from the greats like Joni Mitchell, James Taylor, Tom Waits, Randy Newman, or even Steve Bell. It’s hard not to think of singer/songwriter or folk artists when you think of storytellers, but you don’t have to become like them to take advantage of the power of story. There is, however, a lot you can learn from them.

Don’t forget – your audience isn’t just coming to your show to hear you play. Yes, they do want to hear their favorite songs, but they’re also looking for something more – something they can’t get from listening to your album.

You need to give thought to what makes a great concert. Think back to some of the best ones you’ve been to, and reflect on what made them so memorable.

Great music probably played a part, but even more than that, the lights, the special guests, storytelling, stage moves, pyrotechnics, or a combination thereof also really added to the experience.

If you’re just getting started, you don’t necessarily have the budget for huge video screens, rock show lights and a crew to run it all. At minimum, you should be thinking about incorporating more speech into your show.