With Elizabeth Taylor as Cleopatra, Sean Connery as James Bond, and Alfred Hitchcock making everyone fear birds, pop culture was colorful in 1963.

Popular music came in a variety of genres. From the reigning favorite surf rock, to mashed-potato style dance hits, and soulful rhythm and blues; the singles charts were full of songs meant to get people moving.

The first song on our list is one of those iconic songs in history that symbolizes an entire culture. “Surfin' USA” was a national phenomenon, though it became synonymous with California's laid-back and sunny energy.

Not many people are savvy of the fact that this American rock classic is a rewrite of a different song: “Sweet Little Sixteen” by one of rock's founding fathers Chuck Berry.

The upbeat hit mentions several surfing locations, including areas in Hawaii, Australia, and of course, California. This song hit the international music charts and gave The Beach Boys a spot in the Rock and Roll Hall of Fame.

2. “The End of the World” by Skeeter Davis

This country song sees many features in the media and is highly recognizable. It was released at the end of 1962 out of Nashville and reached its peak on the music charts in the spring of 1963.

It has an eerily easy-listening vibe for a song about earth-shattering heartbreak. Poetically, the song played at Skeeter Davis' own funeral.

3. “Rhythm of the Rain” by The Cascades

Number three on our list features the male ensemble vocal style popular that year, seen in The Beach Boys' success and others. It had international appeal and made chart appearances in many countries.

Some people refer to this song as a One-Hit Wonder, but it is a wonder indeed.

Males ensembles weren't the only ones charting in 1963. Many golden-oldie playlists feature this doo-wop pop classic by The Chiffons.

Capitol Records famously turned down “He's So Fine” on the grounds of it being too corny. The group's management team tried ten record labels before New York City's Laurie Records bought the single.

It went on to top global music charts and is now one of the most iconic songs in popular soul music history.

This song was originally recorded and brought to fame by Tony Bennett. It has since been recorded by many artists, including Bobby Vinton. His version is the most successful.

A film titled “Blue Velvet” was inspired by the jukebox hit, which itself came from the writer's experience pining after a woman in a blue velvet dress.

“Hey Paula” is a classic American pop song with all the sappy, schmaltzy sentiment you would expect from a love song of this era.

It made the music charts under the pop and R&B hit categories. It set the stage for the Paul and Paula duo to record more successful love songs.

Number seven on our list is a unique song because it is mostly instrumental.

Stevie Wonder, going by the stage name Little Stevie Wonder at the time, played the harmonica and bongos in a now-famous live performance at Chicago's iconic Regal Theater in 1963.

The recording saw success on the R&B Singles and Pop Singles charts. The vocals are spur-of-the-moment and engage with the audience.

8. “Can't Get Used to Losing You” by Andy Williams

This song plays on the popular ensemble style by stacking the recording artist's vocals. It was massively popular in the UK and the US, topping Easy-Listening music charts.

9. “My Boyfriend's Back” by The Angels

Deemed one of the 100 Greatest Girl Group Songs ever by Billboard, this catchy 1960s anthem never gets old.

It has been covered by too many other recording artists to count. It has been in marketing campaigns, feature films, television series, and a Broadway production.

This song made its way to American music charts from Japan. Its catchy melody has vast global recognition.

“Sukiyaki” is not the original song title but rather an American nickname given to be more easily said and remembered by English-speaking listeners. Sukiyaki is a traditional Japanese beef dinner, unrelated to the song's romantic and poetic context.

Despite American pop culture's warping of the song, it captured our hearts and our ears.

True to early 1960s fashion, this hit features a vocal ensemble. It's a cheerful, melodic tune about a heartfelt summer romance.

“So Much in Love” reached the R&B Singles chart and was the band's first popular single. Other, more recent R&B groups have successfully covered this catchy song.

Number twelve on our list is an American folk song based on a poem written by the lyricist's college roommate in 1959. The song has a fairytale-like nature and centers around a young boy's friendship with a magical dragon.

The song had mass appeal. Despite a cultural theory that the lyrics contained multiple drug references, the song's creators refute the idea.

This song was originally a Bob Dylan recording, but the musical group Peter, Paul, and Mary recorded a cover under the same management team as Dylan.

The trio and their folksy performance of this song hit the music charts and sold hundreds of thousands of copies within its first week after release. Eventually, it sold over one million. Bob Dylan received publishing royalties.

“Wipe Out” follows Little Stevie Wonder's “Fingertips” as an instrumental hit that found insane success. The song is now synonymous with beach culture and has been featured in dozens of films and television series over the decades since its release.

Fellow surf enthusiasts The Beach Boys did a cover of “Wipe Out” in the late 1980s that also reached the music charts. Though many write this off as another one-hit wonder, no one can deny its impact on pop culture.

15. “Wild Weekend” by The Rockin' Rebels

This is another instrumental hit. It started as a theme song for a radio show and The Rockin' Rebels adapted it for their album, also titled “Wild Weekend.”

It has been covered by many other recording artists, including The Surfaris, and others as recently as 2017.

Here is a country song that saw massive success in 1963. The single had so much star power that the recording artist, Bobby Darin, created a full-length album around it.

The single's accompaniment has some jazz flair that set it apart from other country songs on the charts. Some people weren't fond of him meshing musical styles, but the fans widely outnumbered the critics.

The Four Seasons made their stamp on the hit music charts in 1963 with this beat-heavy ensemble smash.

Many attribute this danceable single's success to the juxtaposition of lead vocalist Franki Valli's famous falsetto singing in conjunction with the heavily deep vocals of another band member, Nick Massi.

Here is a soul music version of the classic children's lullaby that hit the R&B Singles and Pop Singles charts. The sister and brother duo became famous under US Top Black Singles performers.

“I Will Follow Him” reached the number one spot on the American pop music charts, breaking a record for a single by the youngest female recording artist to hit number one. She was fifteen years old at the time.

The song is unbelievably catchy and it's no surprise to anyone who listens that it had such massive success.

20. “Pipeline” by The Chantays

Surf-rock group The Chantays made a name off this instrumental hit. The song's title, “Pipeline” is surfer slang.

Music industry pros credit this single's popularity to its unique composition. Instead of emphasizing the leading instruments, the song dulls the piano, drums, and guitar to the background and highlights the rhythm and bass guitars.

You might be picking up that there's a common theme in 1963's most popular music. In the same vein as The Beach Boys, surf vocal duo Jan and Dean sang ensemble style.

The song details a dreamy surfing location with the famous tagline “two girls for every boy.” Despite not reaching the same success as The Beach Boys' Surfin' USA, it was the first surf song to make number one on the popular music charts.

Huntington Beach, CA fought for the legal right to hold the trademark to “Surf City.”

Arguably one of the most famous songs from the 1960s, “It's My Party” has unique production qualities brought by the talent of Quincy Jones.

This single has a catchy melody, a danceable beat, and dramatic heartbreak that are hallmarks of 1963 music. It had international success and has been heavily featured in the media.

23. “Blame it on the Bossa Nova” by Eydie Gormé

This single is by artist Eydie Gormé whose music specializes in Latin influence on traditional pop. It is about a romance forming while engaging in the bossa nova, which is a sensual Brazilian dance that was popular during this time.

The artist famously disliked the single and tried to convince the record label not to release it. It was an international smash hit that has been covered by many artists and featured in different television series, films, and advertising campaigns.

Those are some of the best songs from 1963. Hopefully you enjoyed this trip down memory road or even found some music that you missed out on. When it comes to music, every year offers something special so stay tuned for our coverage of other years to come. 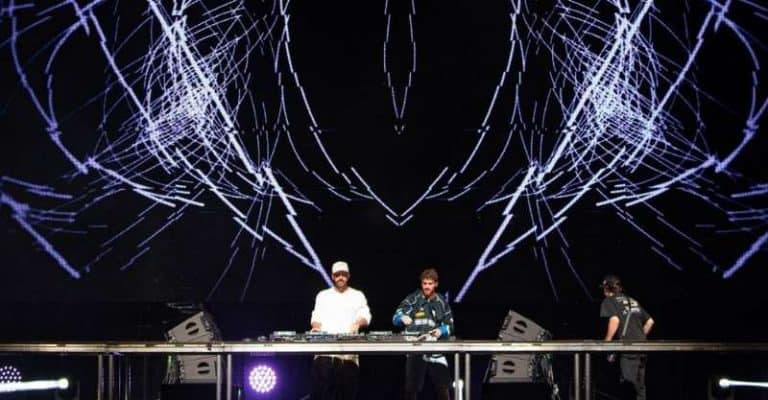 If you are wondering, “what is electro music,” it is a genre that relates to electronic music. It often borrows heavily from house and techno but has unique elements that set it apart. Here is everything you need to know about electro music. 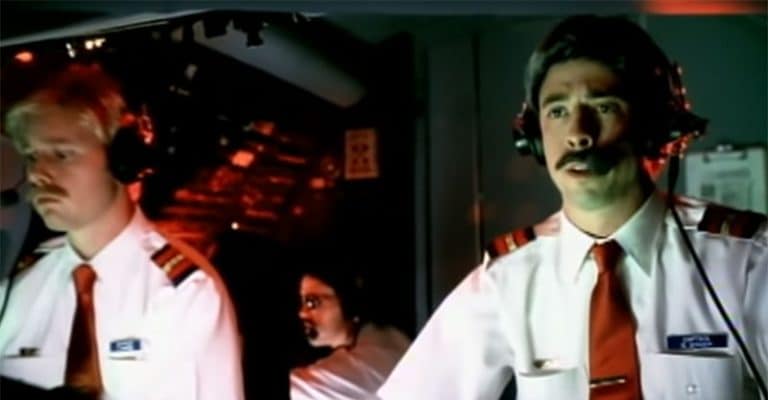 Ready to take flight? Whether it’s planes, aviation, or a metaphor for something else, “flying” is a common theme in many songs. We know that the idea of flying is generally appealing, and it can represent many things to many people, whether it’s exhilaration or escapism. In this guide, we’re looking at 23 top songs… 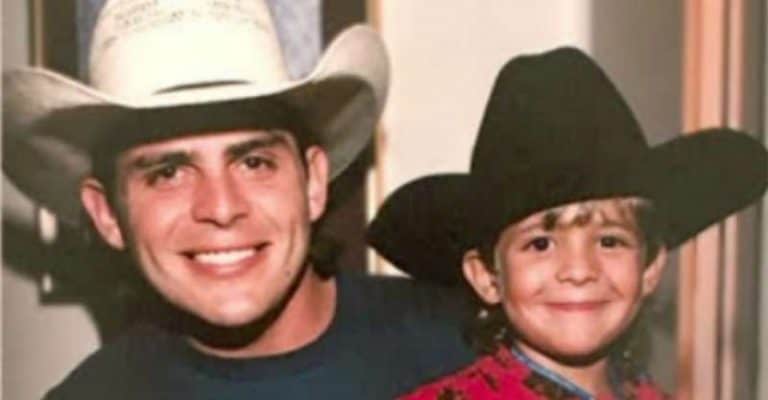 Country music lovers have a plethora of songs to add to their playlist when they want specific tunes with a theme. So, if you are searching for the best country songs about dads, this list provides a diverse collection of music you will love. 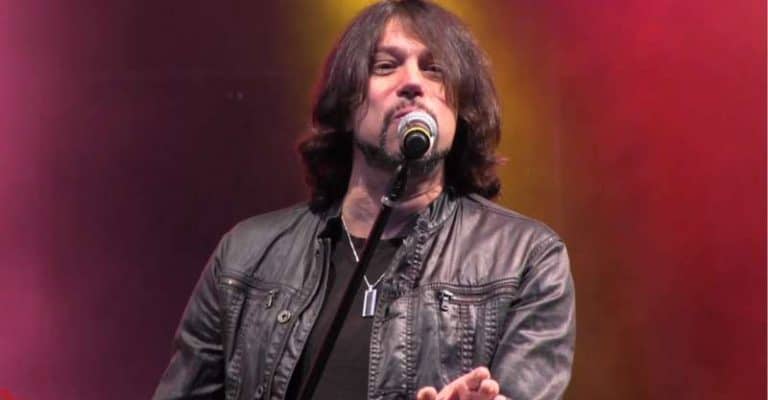 Blues music is already a timeless art form. Rising from the musical traditions brought over by Africans on slave ships, the genre evolved out of people going through the hardest of times. The best blues songs aren’t necessarily the happiest, but they are deep and meaningful. Here the best blues songs ever. 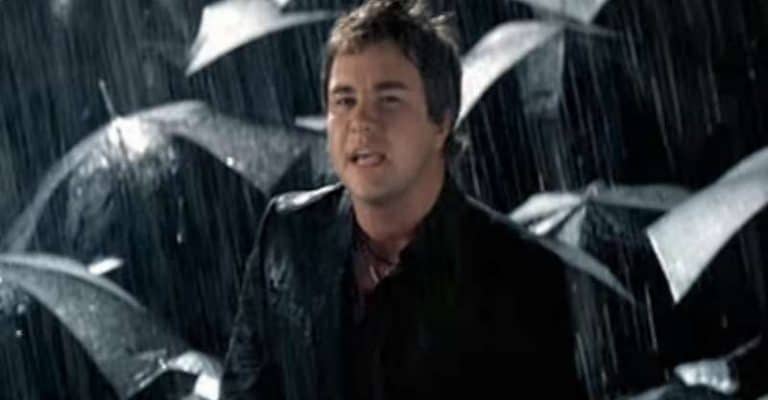 Rain is a common subject in country music, particularly in the form of rain-related metaphors. It’s used to convey everything from sadness and loneliness to defiance and uplifting messages about life on the farm. Every country music lover has a few rainy day favorites. This list of country songs about rain is sure to make… 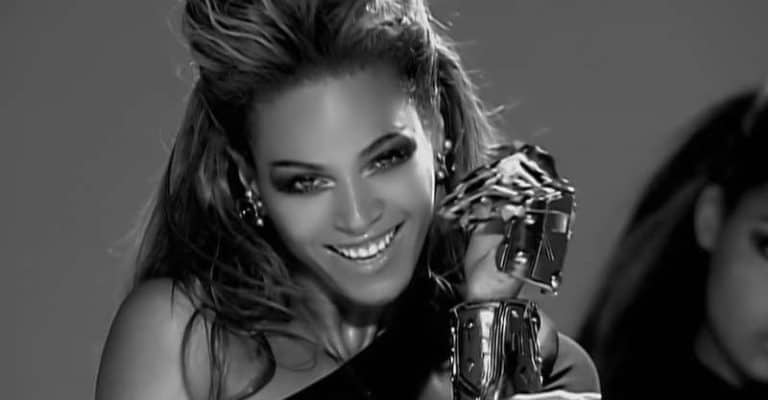 Good beats make the foundation of music, from smash hits that bring the stadium down to grand folk songs that unite communities. When you’re looking to shake a leg, nothing beats a song with a good beat. Songs with a steady beat let you go all out on the dance floor, tearing it up to…