You are here: Home / Music Product Creation / 3 Ways To Save Money On Recording Studios When Vocalling A Song 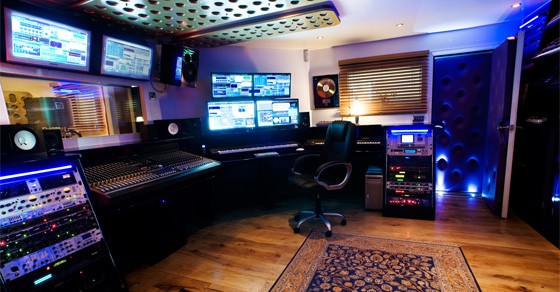 Recording studio costs can really add up. If you’re aiming to create an album or EP, it can take a while to get the money together to make this happen.

But what if I told you there are things you can do to save money on recording costs? Well it’s true. Read the below to find out how, as well as when not to be cheap when it comes to making your songs.

Golden Rule: Don’t Sacrifice Quality To Save On Recording Costs

Now, while the aim of this guide is to save you money on studio costs, it’s important that note that you should never sacrifice the quality of your songs to save money.

You can record songs not at top quality if:

But when it comes to releasing something to the public, it’s important that your vocal recordings sound clear and without a lot of background noise or fuzzing.

If you turn on any mainstream radio stations, as well as the majority of internet, community and pirate radio stations, one things you’ll notice about the songs they play is they’re usually well recorded. Most of them weren’t recorded in home studios, and those which were took place in good quality home studios where the owner invested in top quality equipment.

So even if your friend tells you you can record your debut single in their home studio, don’t release the song you make there unless the finished product is at the same quality as those songs which get regular radio play. If they’re not, why would anyone listen to your song if there’s lots of better sounding tunes out there?

So now you know where not to cut corners, let’s look at how you can save on recording studio costs.

The first and most important way you can save money on recording studios is picking the right one. As I touched on in this guide, there is more than one type of studio out there. As a broad overview there are:

So, go for the mid level studios to both get good music made and not spend too much money.

If you go to enough studios, one thing you’ll notice is some engineers are very chatty. They like to ask you how your day is, what’s going on with your life, talk about the TV programs they watched last night at the like.

While it’s good if you’ve got a friendly engineer, you don’t want to do too much irrelevant talk. A friendly greeting and a bit of small talk while setting up is fine, but some studio engineers have a habit of slowing down the recording process with too much chit chat.

If you find this is the case, it’s important you politely mention to them you feel you both talking is slowing down you making songs and you’d rather you kept it professional talk during the periods when making songs.

You’d be surprised at how much quicker things move forward when this happens. You can literally gain an extra 10 minutes an hour when the engineer isn’t distracted with talking.

3. Come In Well Prepared With What You Want To Record

A top way to save money in the studio is using it for less time. While you don’t want to rush yourself, you can save a lot of time by simply coming to the studio prepared.

You should never go into the studio with the aim of writing lyrics or structuring your songs as you can do this at home for free. Regardless of what you do in the studio, recording vocals or writing lyrics, you’ll be paying the same amount. If you both write lyrics then record at the studio, you’re wasting a lot of time, and therefore a lot of money.

Only use the studio for things you can’t previously do at home. This will mean you don’t spend as long there, and in turn don’t spend as much money there.

Be sure to also practice your lyrics a lot before hand so you know exactly how to record it and can get it done in the first couple of takes.

Making songs can be expensive for vocalists, but it’s also important. While you can’t skip this stage all together, you can do things to save money.

Do you have any additional ways to save on studio costs without compromising on quality? Let us know in the comments.